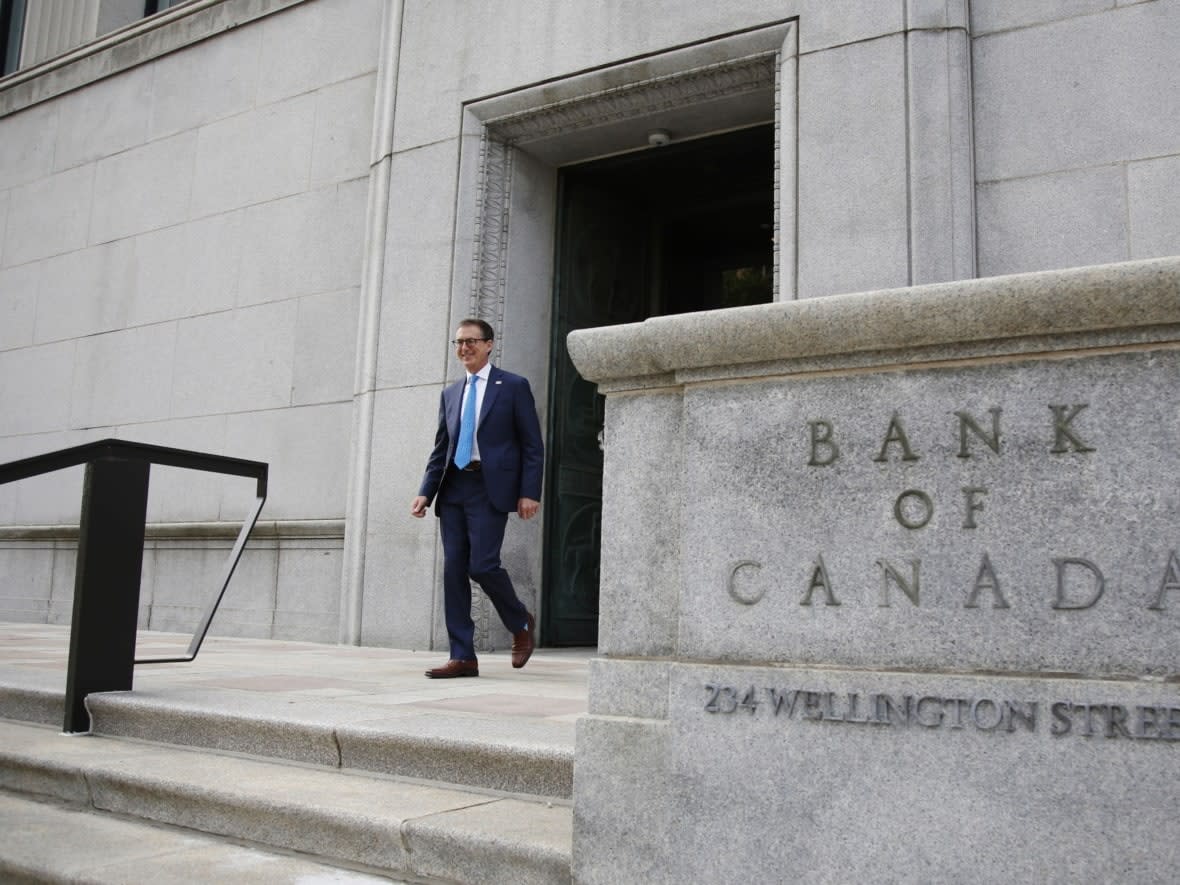 The Bank of Canada has decided not to raise its benchmark interest rate just yet.

Like many other central banks around the world, the bank slashed its core lending rate — known as the target for the overnight rate — at the onset of the pandemic in March 2020, to ensure that consumers and businesses had access to cheap lending in order to keep the economy afloat.

But two years of rock-bottom lending rates have been a major contributor to inflation, which rose to almost five per cent in Canada last month — its highest level in more than 30 years.

That prompted expectations that the bank would need to start raising its rate soon. But it decided not to do that yet, electing to keep its rate at 0.25 per cent, the same level it’s been for the last 670 days.

But the bank did make clear that it could be leaning that way in the very near future.

While the rate stayed the same, the bank did decide to do away with what it calls its “exceptional forward guidance” to keep rates where they are for as long as is needed, until the slack in the economy gets absorbed.

“This is a significant shift in monetary policy,” governor Tiff Macklem said at a news conference following the announcement. “[It] signals that interest rates will now be on a rising path.”

But the bank said the ongoing uncertainty around the Omicron variant during the coronavirus pandemic means it’s not ready to take its first steps along that path yet.

WATCH | Bank of Canada explains why it isn’t ready to hike rates yet:

At least one bank watcher says standing pat was a mistake.

“The decision, in our view, is a policy misstep,” foreign exchange analyst Simon Harvey with Monex Canada said, “and is one that could prove costly later down the line.”

By waiting to raise its rate, Harvey said, the bank risks “emboldening near-term inflation expectations and flaming the fire underneath the housing market.”

Canada’s housing market has been on fire during the pandemic, with cheap lending acting like rocket fuel on the burning tinder of demand, sending prices higher.

The central bank’s rate impacts the rates that Canadians get from their banks on things such as variable-rate mortgages, so keeping the rate low will extend that.

That’s good news for Adrian Howell, who has a variable rate loan on his Toronto condo and has been watching the market intently, waiting for a time to lock in before rates go up.

“With the interest rates now remaining the same, I have a little bit more time to sort of do some comparison shopping, but I’m definitely going to lock my rate in or lock into a fixed mortgage at some point before March,” he told CBC News in an interview.

While the bank is expected to start hiking rates slowly, a number of small hikes in a row would add up.

One rate hike of just a quarter of a per cent would take that monthly payment up to $47 a month. But if the rate were to go up by even a full percentage point, the monthly payment becomes $1,762. That’s a 12 per cent increase to expenses every month.

“With the first quarter point, you may not feel it, but trust me, after the second one, you will start to feel that pinch coming,” mortgage broker Samantha Brookes told CBC News.

“If the Bank of Canada raises rates to three or four times, then you’re going to definitely feel it.”