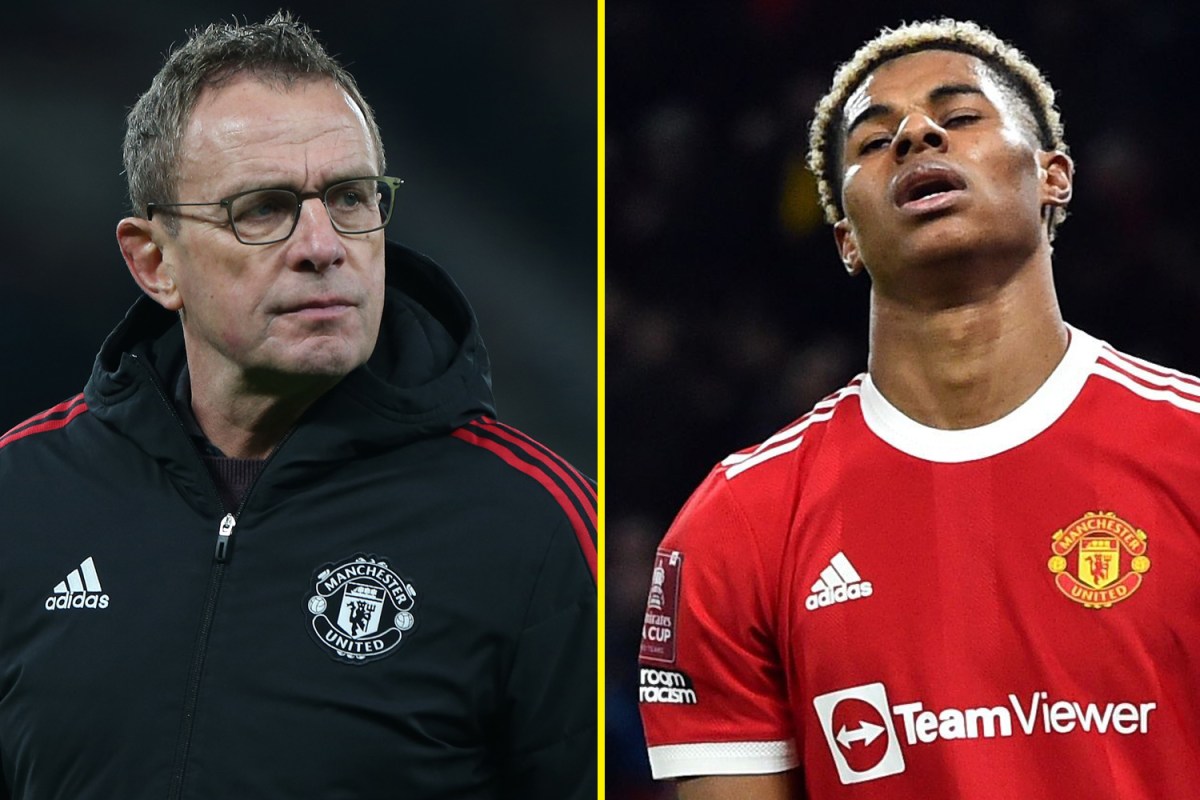 The 24-year-old England international has registered just three goals and one assist for his club so far this season, failing to recreate the form he found last campaign.

In 2020/21, he managed 21 goals and 15 assists, despite two months out injured, showcasing his current plight.

However, fans don’t need to view Rashford‘s stats to know he is a player shot of confidence.

The forward’s apathy was perfectly epitomised by him opting not to chase down Mason Greenwood’s parried shot against Aston Villa, an opportunity Rashford would usually have grasped without hesitation.

Following his poor performance in the FA Cup tie, Berbatov, who played for the Red Devils between 2008 and 2012, believes that although the forward’s game ‘isn’t the best at the moment’, he can rediscover his previous form – just like he did.

Speaking to Betfair, the former Man United striker said: “Having watched Marcus Rashford closely recently, there certainly looks to be something going on with him.

“His body language isn’t that of a confident player. His game isn’t the best at the moment, he can do so much more, but there is something going on and they need to find out what the problem is.

“I read that he is doing really well in training and working really hard, but his performances aren’t showing that. He was screaming at his teammates against Aston Villa to get the ball to him, I was the same sometimes, I would be in a good position and nobody would pass me the ball.

“This situation can make you angry, this can affect your game. The only thing he can do is keep working hard in training and find the back of the net in a game.”

The Bulgarian found the net 56 times for the Red Devils during his time at Old Trafford, however he too suffered a slump in form, just like Rashford.

He added: “I remember I went 10 games without scoring a goal, and then I scored five against Blackburn, strikers go through these spells. The only solution is to stay as calm as you can and know that a bad spell will end at some point as long as you are given the chance to end it, you need to play to get over it.

“He is a special talent, he’s only 24 and he has so much football ahead of him. It’s good that he’s facing some problems now because he will learn how to deal with them.

“I’m sure that he will be back to his best and he will start scoring goals again soon.”

The 40-year-old has previously credited his comeback to the support and advice from then-boss Sir Alex Ferguson, and the former Bulgaria international has said, in time, Ralf Rangnick could bring out the best in United’s players.

“These types of things can cause a bit of unhappiness,” Berbatov explained, “And when you put that together with some not so convincing performances then you have this type of situation.

“However, look what Klopp and Tuchel have achieved at their clubs so far, maybe with a bit of time something similar could happen at Man United with Rangnick.”