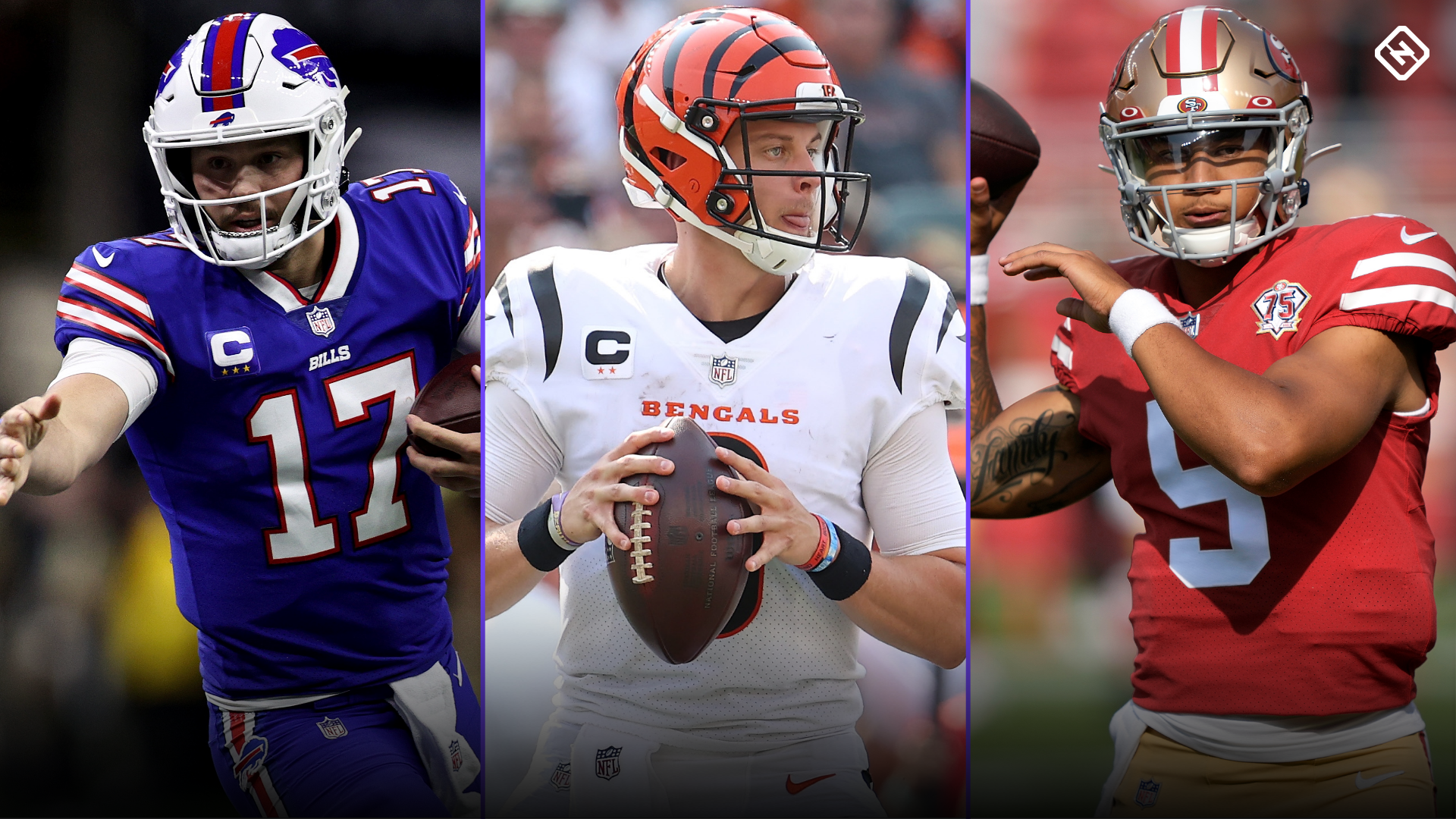 We’re fresh into the new year, so why not go ahead and offer up some early fantasy football rankings? Of course, our final preseason 2022 fantasy QB rankings in the fall will look different than our way-too-early set below. Injuries, free agency, trades, the NFL draft, and just general consensus after an offseason spent scrutinizing every stat imaginable will cause plenty of tweaks, but for those of you who are already missing fantasy football, getting an early sense of next season never hurts — especially if you’re in a keeper or dynasty league.

The presence of elite rushing upside for QBs like Lamar Jackson, Jalen Hurts, and Kyler Murray will always make them top fantasy options, and Trey Lance and Justin Fields could join them in that exclusive group next season. Lance and Fields both flashed their rushing upside in limited sample sizes this season, but we like Lance more because he’s tied to top-notch weapons and a stable organization. The expectations were always too high for Fields in year one surrounded by a weak offense in Chicago, but we can’t overreact to his rookie campaign. He has all the tools and could be poised for a QB1 season.

On the other hand, is it time to move down veteran pocket passers Aaron Rodgers and Tom Brady? And how should Joe Burrow stack up against the high-end scramblers after a late-season breakout in 2021? We know pocket passers have to have ridiculous volume and a high TD rate to be among the elite fantasy options, and these guys can fluctuate year-to-year. That said, guys like Burrow and Justin Herbert do just enough on the ground to propel to go along with their impressive passing statistics and big-play deep splashes.

Kirk Cousins cracked the end of our top-15 list, but guys such as Derek Carr, Tua Tagovailoa, and Trevor Lawrence could be considered in that range if their pass-catchers, offensive lines, and/or overall offenses are upgraded. Ultimately, you want to shoot for upside here, and even though Lawrence had a disastrous rookie season, it’s too early to write him off, especially with a new coaching staff headed to Jacksonville.

As always, the debate of who should be the first QB off the board will be in full force, and we think it’s time for Patrick Mahomes to be dethroned. See the top risers, fallers, and sleepers below.

Rankings are based on standard, four-point passing TD formats.