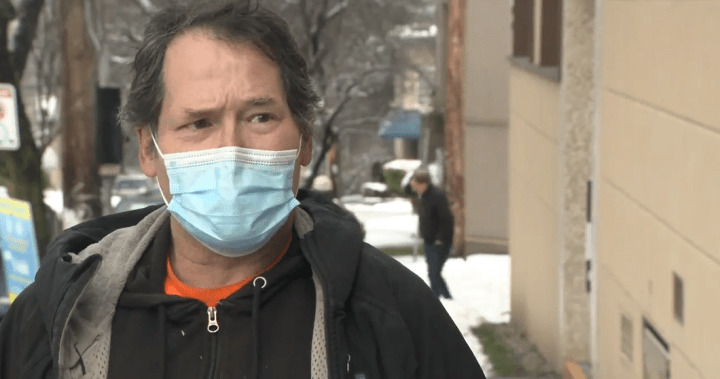 It may not be much to the average consumer, but for the unhoused, a quarter can make the difference between having a cup of coffee and a warm place to sit, and being left out in the cold.

That’s according to Stanley Woodvine, a Vancouver resident who has been homeless since 2004, and is speaking up about the impact of a new municipal fee on disposable cups on the less fortunate.

“It’s added about 21 per cent to the cost of a basic small coffee if I go into McDonald’s and it is definitely just taking more nickels and dimes out of my pocket and increasing my food costs,” he told Global News.

“But what I’m seeing is that it’s impacting people who are actually poorer than I am — even worse.”

The City of Vancouver’s new bylaw banning plastic shopping bags, and requiring businesses to charge a minimum of 25 cents for single-use cups and 15 cents for paper bags, came into effect on Jan. 1.

The aim is to further reduce single-use item and plastic waste, in addition to existing bylaws on plastic straws, utensils and foam containers that took effect in 2020.

Woodvine, however, said the rules don’t accommodate people on the strictest budgets: the homeless.

Reusable cups deprive consumers of the ability to collect stickers that add up to free coffees, he added, and some on low budgets rely on those stickers.

The ban on plastic bags is no good either, he said, as bags are essential for keeping belongings and bodies dry when living outdoors.

Global News went through a McDonald’s drive-thru in Vancouver on Wednesday and was not permitted to use reusable a mug. On an order of two coffees and two cheeseburgers, an additional 65 cents was added to the bill for cups and a bag.

Woodvine talked about a warming centre in Vancouver’s Fairview neighbourhood that’s made an arrangement with McDonald’s to provide all-inclusive breakfast meal vouchers.

“This week, I was in that McDonald’s and I heard person after person come in with those vouchers and hand them over, and be told they have to pay a quarter for the cup for the coffee,” he said. “I believe they didn’t get a beverage.”

Businesses that flout the city’s bylaw risk tickets, prosecution and, in egregious cases, the loss of their business licence.

In an interview, Monica Kosmak, senior project manager for the city’s single-use item reduction strategy, said the city is aware of the meal voucher issue.

“That’s something that’s been brought to our attention and we understand why that’s an issue, and so staff are looking at that now to see how that can be addressed,” she said.

To save on the cost of disposable cups, the city’s website recommends bringing a reusable mug, having a drink indoors rather than ordering takeout, or asking for a reusable cup. Registered charities and not-for-profit corporations are exempt from charging fees on single-use cups used to provide beverages for free or low-cost.

Under the bylaw, businesses are allowed to keep the fees collected from the policy, and the municipality has “highly encouraged” them to reinvest those dollars into reusable programs. Reinvestment, however, is not a requirement.

“That decision is up to businesses,” said Kosmak. “Our expectation is that they will keep the fees to reinvest and put into reusable programs like cup share programs or dishwashers to help them offer reusable alternatives. We’ll monitor that and see if any adjustments need to be made.”

Woodvine said he’s not sure how such a policy will result in fewer cups, particularly if reusable cups aren’t being offered or accepted at the moment.

The city ought to have been well aware of the policy’s impact on the unhoused through the consultation process, he added.

– With files from Simon Little