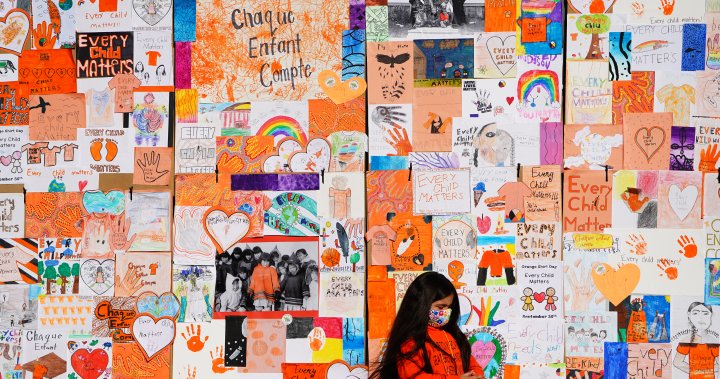 An agreement in principle that will see Ottawa pay billions in compensation to First Nations children harmed by an underfunded child welfare system is set to be announced in Ottawa this week.

Sources confirmed to The Canadian Press that negotiations reached final stages on New Year’s Eve, resulting in an agreement that may finally bring an end to a human rights challenge launched 14 years ago.

Sources confirmed to The Canadian Press that negotiations reached final stages on New Year’s Eve, resulting in an agreement that may finally bring an end to a human rights challenge launched 14 years ago.

None of the parties to the negotiations would discuss the matter publicly on Sunday.

“All parties have been working closely toward a global resolution regarding compensation and long term reform of First Nations child and family services and we look forward to providing a more fulsome update on Tuesday,” said Andrew MacKendrick, director of communications for the minister of Indigenous services.

The case has been a gaping wound in reconciliation efforts with Indigenous Peoples in Canada, as both the former and current federal governments spent millions fighting it in court.

The battle began in 2007 when the First Nations Children and Family Caring Society and the Assembly of First Nations filed a human rights complaint arguing chronic underfunding of child welfare services on reserve was discriminatory when compared to services provided by provincial governments to kids off reserve.

Following multiple unsuccessful court challenges and appeals by the former Conservative government, the complaint was heard by the Canadian Human Rights Commission in 2013 and 2014. In 2016, the tribunal ruled the federal government had discriminated against First Nations children.

The Liberal government appealed that ruling, asking a court to quash it. The court declined.

Ottawa pays for child welfare on reserves but only ever matches the provincial spending if kids are placed in foster care.

The result is far more child apprehensions and family breakups than necessary, and far fewer services and supports to help families manage through a crisis.

The most recent census data shows fewer than eight per cent of Canadian children under the age of 15 are Indigenous, but Indigenous youth account for more than half the children under 15 in foster care.

In 2019, the tribunal ordered the federal government to pay $40,000 in compensation to every child who was needlessly removed from their families since Jan. 1, 2006, and also to parents or grandparents whose children were taken away. The amount represents the maximum compensation the tribunal could order.

The Assembly of First Nations estimated in 2019 that more than 50,000 kids could be eligible, but the federal government didn’t move to manage the compensation until this fall.

First they challenged the order in court, and this fall appealed the ruling upholding the order.

But that appeal was immediately paused pending negotiations with Indigenous leaders on the compensation program. Former senator Murray Sinclair, who chaired the Truth and Reconciliation Commission, was hired to help facilitate the talks.

Compensation for Indigenous children does not equate to justice: AFN chief

Last month Ottawa set aside $40 billion for compensation, as well as for reforms to child welfare services. The agreement is expected to lay out who will be eligible for the payments, how and when they will be paid.

It’s expected about half the funds will go to compensation and half to reforms. Those reforms will largely occur under Bill C-92, passed in June 2019, which affirms the jurisdiction for child welfare services in Indigenous communities rests with the Indigenous families and communities themselves.