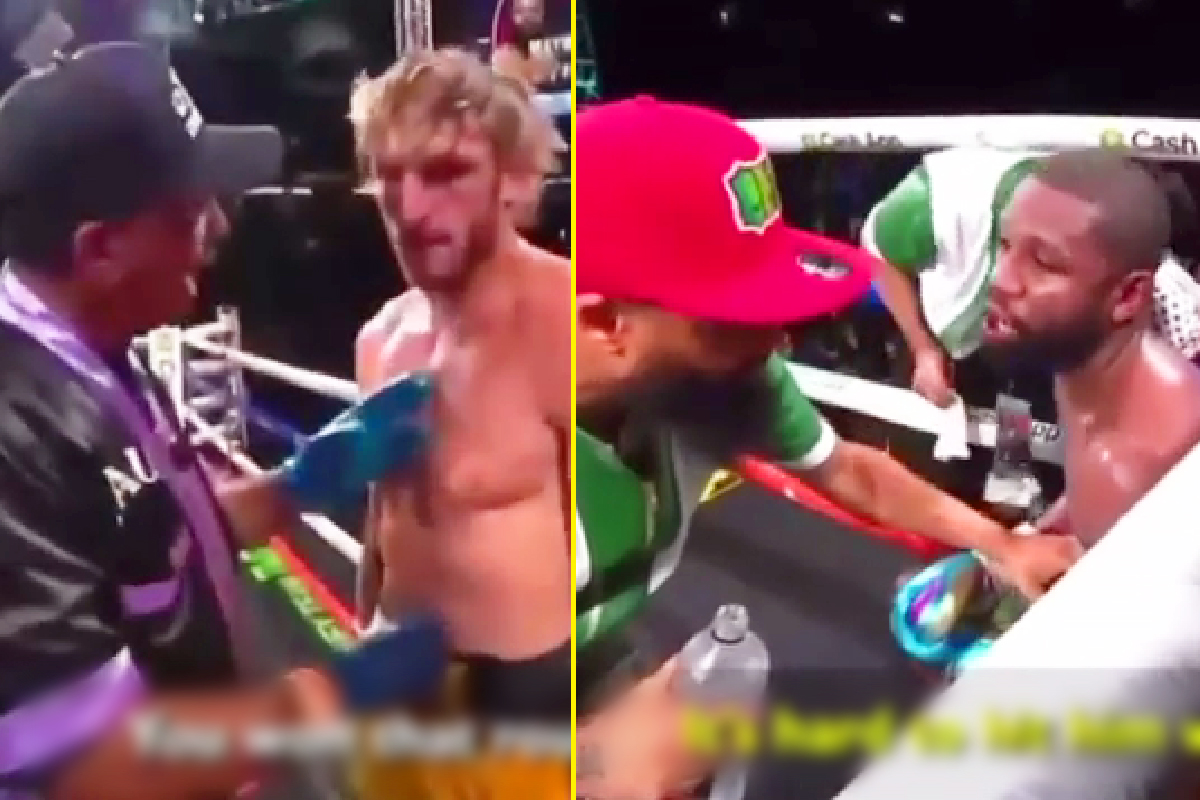 Many fans expected Floyd Mayweather to wipe the floor with Logan Paul when the pair met for a lucrative 2021 exhibition, but that wasn’t the case.

The rivals went the full eight rounds in their contest last June and Paul, whose brother Jake, did his part to promote the bout in the build-up by pinching the legend’s hat, came out of it with far more credit than he entered it.

Mayweather was clearly seeking the finish in the final round, but when it didn’t come, the former five-weight world champion sounded deflated in his post-fight interview.

After the fight, clips emerged of what was said in each fighter’s corner after the first round and Mayweather had some surprising remarks.

In the first clip, Paul’s coach encouraged him by saying after round one: “If he can’t get in, he can’t…”

To which Paul responded by finishing the sentence: “…win.”

The trainer added: “You won that round. You won that f***ing round, but you didn’t win the fight.

“We got seven more.”


Boxing schedule 2022: Results and dates including Fury vs Whyte, Usyk vs Joshua


Miller, who was banned for drugs, weighs in heavier than strong men Thor and Hall

Over in the Hall of Famer’s corner, his coach told him: “Hit him at the top of the forehead with a jab, just step off your back foot.”

Astonishingly, Mayweather shook his head and admitted: “It’s hard to hit him with the jab.”

He landed just seven of 14 jabs he attempted in the entire eight rounds. For context, though, at 6ft2in, Paul is five inches taller than Mayweather and he was three stone heavier, around 42lbs difference between the two men.

Paul’s size advantage and the fact he was 18 years younger is what made the fight interesting.

The social media influencer landed the same amount of jabs, but he attempted 73, significantly more then Floyd. That’s where the skill differential came into play.

It was in the power punches where Mayweather found his advantage, landing 36 off 93 attempts. Paul landed just 21 and he made 144 attempts.

Although this fight was finished last summer, the rivalry is far from dead. Paul has persisted that Mayweather owes him money from the ‘legalised bank robbery’, but the boxing legend insists his young challenger has been paid.

Asked for an exact figure on how much he was short changed by, he explained in an interview recently: “My guess is between two and five mill, conservatively.

“This will be settled, I’m young, dude and I’ve got time, I’ve got f***ing time to troll, to settle a civil lawsuit – he’s just a big spender, he can’t spend like that.

“That is a fact. Short a few mil. We’re taking this one to court. See you in the courtroom. Congrats on going to prison, Floyd.”

The plot thickened earlier this year when Mayweather’s team reached out to Paul to see if he could step in and face the 50-0 retired superstar in a rematch.

Paul couldn’t believe they had the audacity to ask.

“He went on a press conference or something the other day and he had the audacity to tell the media that I asked for a rematch,” he said incredulously.

“Let me just set the record straight – why the f*** would I ask for a rematch with someone who doesn’t pay you for the fight?

“If I haven’t been paid for the first one, why on God’s green Earth would I ask for another one knowing full well I’m probably also not going to get paid the money that I was owed for my work? You dumba**.

“Second off, they asked us for a rematch! He was supposed to fight on top of the Burj Al-Arab; the seven-star hotel with a helipad up top. Would have been amazing.

“I get called a month-and-a-half before because some s*** happened with his opponent and they go ‘would you want to fight Floyd in a month-and-a-half?’ This is someone on his team, or someone who at least thinks they could get the deal done enough to make a confidential phone call. I go ‘bro, what? Pay me for the first f***ing fight,’ and hung up.”