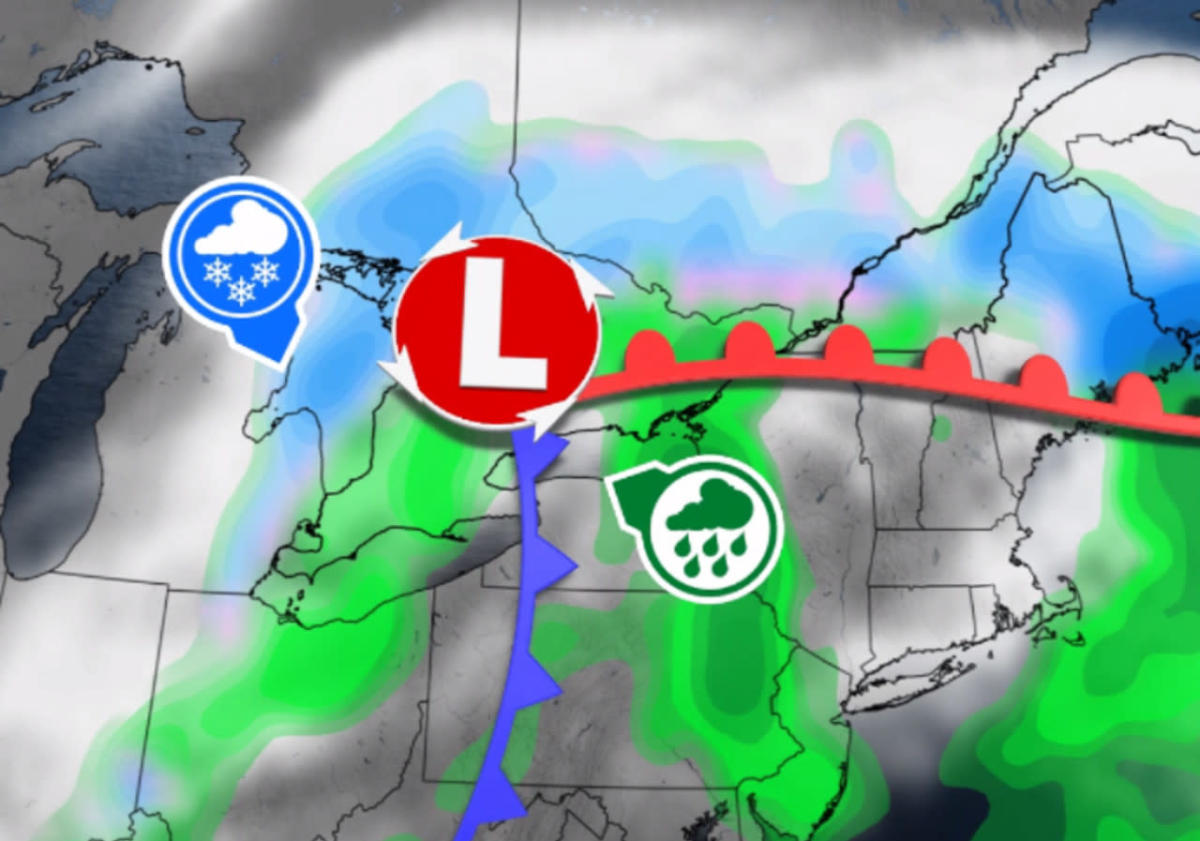 Spring loves to announce itself in style, and the tumultuous conditions across Ontario this week are a great example of springtime’s changeable nature. By this weekend, we’ll have seen snow and fog, potentially record warmth, a slog of rain, and right back to a chance of snow. Double-digit temperatures will blanket southern Ontario on Thursday. An unsettled pattern will arrive this weekend. More on the timing and impacts we’re watching, below.

Visit our Complete Guide to Spring 2022 for an in-depth look at the Spring Forecast, tips to plan for it and much more!

After a brief break from Wednesday’s fog, low-visibility conditions built back in for many folks around the Golden Horseshoe on Wednesday evening.

The foggy conditions are likely to continue into Thursday morning for many locations. A wind shift and warmer temperatures should make this round of fog easier to erode than the fog we saw on Wednesday.

While the early fog may keep temperatures cooler than originally predicted, we’ll still see widespread double-digit highs. For most of southern Ontario, Thursday’s daytime highs will be more consistent with the end of April than the middle of March.

Daytime highs could easily reach 15°C-19°C across a good chunk of southern Ontario. For context, the seasonal daytime high is around 4°C with an overnight low of -4°C. For some, this will be the warmest St. Patrick’s Day in over 10 years.

For communities such as North Bay and Barrie, Ont., it’s also been about 10 years since they saw double-digit warmth on St. Patrick’s Day.

Conditions will still remain warmer than seasonal even in areas influenced by the cooler waters. Some areas across the southwest may even see daytime highs near the 20-degree mark.

Temperatures are expected to dip closer to seasonal by the weekend, greeted by a Texas low that will bring widespread rain for the south and potentially significant wet snow along the northern edge of the storm.

“With the low tracking across southern Ontario, and the air mass having southern origins, it may allow temperatures to hang in the mid-single digits,” says Kelly Sonnenburg, a meteorologist at The Weather Network. “As the system departs Sunday morning, cool enough temperatures may be present to bring in a quick departing shot of snowfall.”

There is still some uncertainty how widespread and how much snow this could be, but it serves as another friendly reminder from Mother Nature that spring in Canada features many chances for additional snow.

Fair and mild weather is expected to return for Sunday and early next week. Above-seasonal temperatures will persist through mid-week, but another Texas low is expected to bring widespread rain.

Forecasters are also watching the potential for a colder pattern to return for the final few days of March. April is expected to test our patience at times with periods of colder weather.

Stay tuned to The Weather Network for the latest forecast in Ontario.