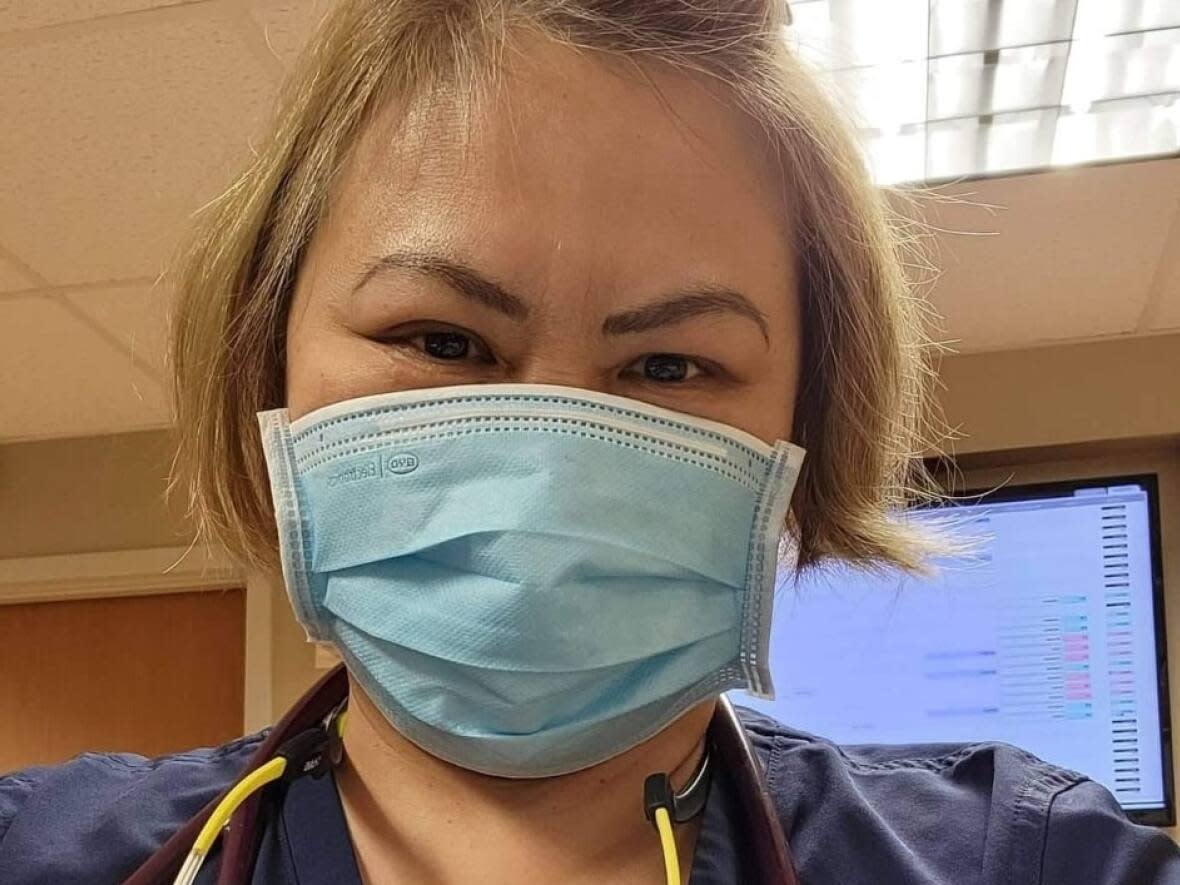 Maria Sauco and her husband, both empty-nesters, left Alberta in 2019 for a peaceful life in rural New Brunswick.

Then the pandemic hit, and Sauco felt a yearning to return to bedside nursing care.

“I couldn’t just sit and watch what was going on,” she said. “I wanted to roll up my sleeves and get in there and help.”

But Sauco said the province made it too expensive and too difficult to get accredited as a nurse who could practice in New Brunswick.

It would have cost $460 to register with the Nursing Association of New Brunswick and $650 US to apply for the National Nursing Assessment Service. The process can take as long as two years.

“It’s not worth it,” said Sauco, who turns 51 next month. “I’m too old to sit for another exam and this is the very reason why I kept my licence in the United States.”

Sauco graduated from a four year Bachelor of Science in Nursing program in the Philippines in 1993. She parlayed that into an international healthcare career, including stints for the National Health Service in Birmingham, England and a John Hopkins–affiliated hospital in the United Arab Emirates.

She says she’s recognized as an RN in the United Kingdom and in most American states and while she agrees that her education and work experience should be verified and a criminal background check completed, she could not stomach the prospect of having to prove herself all over again.

In September 2020, she left behind her home in Edgett Landing, south of Moncton and moved to North Carolina for a four-month nursing contract. Now she’s working in Texas at Hendrick Medical Centre South – a 230–bed hospital about a two hour drive west of Dallas.

She says it pays better than New Brunswick and she feels appreciated.

“It’s the little things like getting a discount at Starbucks. Every hospital has a Starbucks,” said Sauco. “And we get an hourly retention bonus for working through the pandemic and sometimes they give us lunch. Sometimes, it’s dinner.”

“I mean wearing a gown and a face shield for 12 hours is no joke. Sometimes you just want to cry. It’s the little things they do to bring up morale. It’s like a pat on the back when you can’t get to the cafeteria so they bring you food.”

As the number of patients hospitalized with COVID surpassed the province’s red flag threshold of 100 on Thursday, Premier Blaine Higgs pleaded for help from anyone with nursing experience.

He said the invitation was open to medical professionals from other countries, living in New Brunswick or Canada.

The Nursing Association of New Brunswick also confirmed last week that it is in discussions with the province to explore the ways in which internationally educated nurses or IENs could support the COVID response.

While those talks are not finalized, the province is seeing a significant uptick in the number of IENs going to work.

Last week, Ontario’s health minister said the province was moving to fast-track the deployment of IENs in COVID-strained hospitals.

The first cohort of 300 is expected to go to work immediately.

Doris Grinspun, CEO of the Registered Nurses Association of Ontario told the CBC’s Jonathan Pinto that was just a “drop in the bucket” because there are 15,000 IENs waiting to be processed. She said some of them have been waiting up to four years.

She says the pandemic is forcing Ontario to deal with its backlog by creating supervised work opportunities within hospital settings.

“It’s giving those nurses the ability to understand the Canadian context. It allows the institution to determine whether the nurse had the competencies in terms of language and skills to work in the Canadian healthcare setting,” she said.

“This is a good thing. We have all of these trained nurses waiting and waiting.”