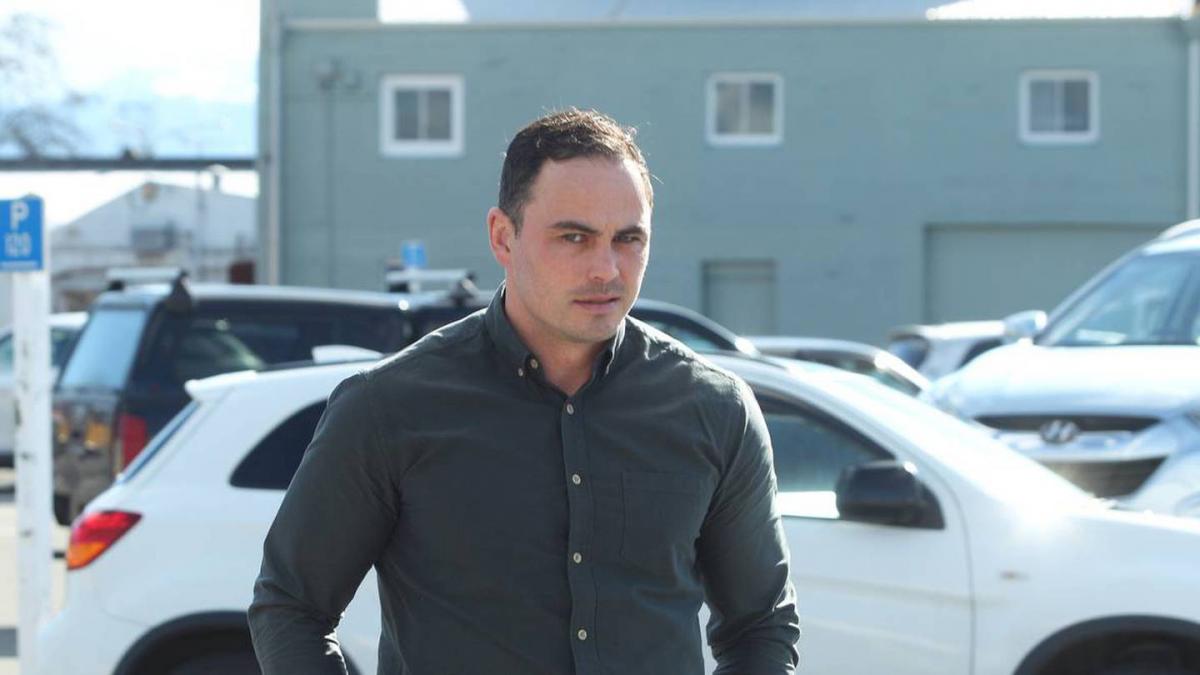 Former All Black Zac Guildford has been sentenced to nine months home detention after stealing more than $40,000 from his grandfather and deceiving a friend out of $60,000.

Guildford can now be revealed as the prominent sportsman who was facing fraud charges after his name suppression was lifted in the Masterton District Court today.

The Herald has earlier revealed the sportsman lost money on online gambling sites and stole money from his grandfather to fuel his “secret gambling addiction”.

He also tricked his friend into giving him $60,000 to cover legal costs for an alleged “defamation” case he was taking out, supposedly against the New Zealand Herald, according to a summary of facts.

Last year Guildford pleaded guilty to charges of accessing a computer for a dishonest purpose, as well as driving with a suspended licence. Then earlier this year he pleaded guilty to an additional charge of obtaining by deception and was convicted.

Guildford must attend counselling programmes and not use alcohol or drugs not prescribed to him, as well as undertake a gambling addiction programme.

Guildford was supported by his mother, paternal uncle, and his partner in court today.

His uncle told the court it was a “sad day” for the family and the wider community of Greytown.

He noted how mental health issues affected many in their family, and that gambling had been present in Guildford’s life since he was a child.

The man said trackside television was on 24/7 at one of Guildford’s relative’s houses and the only time it changed was to watch the news.

He spoke of drug, alcohol and gambling “skeletons” which he said existed on both sides of the family.

His uncle also believed it was a “sad day” for the rugby fraternity as well.

Guildford’s lawyer, Fionnuala Kelly, said a positive end would only happen if there was true atonement for his offending and real engagement with the proper therapies that were necessary to treat his “profound and multiple” addictions.

Sainsbury set a starting point for Guildford’s offending at three years, however he was given a 25 per cent reduction for entering an early guilty plea, as well as further reductions including so he is able to serve a home detention sentence.

The judge said the sentence doesn’t preclude the ex-All Black from working and he had to repay $60,000 dollars to his friend.

He also said he was “very pleased” Guildford had decided against fighting for name suppression as he wouldn’t have gotten it anyway.

“I’m pleased you’ve risen above that, because it shows you’re on the right path.”

According to the summary of facts, Guildford tricked his friend into giving him $60,000 to cover legal costs for an alleged “defamation” case he was taking out, supposedly against the New Zealand Herald.

Police claim he made assurances to the victim that he would pay him back and would get compensation after he “wins” the alleged defamation suit.

The summary, which was read in a January hearing, noted that in May last year he created fictitious conversations with the “lawyer” between his personal phone and his work phone and would send screenshots to the friend to add to his “credibility”.

Guildford gave his friend two bank accounts, claiming one was for the lawyer and one was a personal account and said that his friend would receive $65,000 back when he won.

The sportsman was due to be sentenced for the other charges in January, but Judge Bruce Davidson adjourned the hearing until today because of the additional charge.

The sportsman’s other crimes left his grandfather in tens of thousands of dollars in debt, court documents show.

Facts released to the Herald by a judge revealed the sportsman lost money on online gambling sites – and stole money from his grandfather – to fuel his “secret gambling addiction”.

That amount consisted of nine separate transfers, the largest of which was $10,000.

According to the summary of facts, the sportsman had been living with his 77-year-old grandfather at a rural property.

On April 1, 2021 the grandfather went to check his bank account details on his iPad and noticed the Westpac Banking app had been deleted from the screen.

When the grandfather asked Guildford if he knew anything about the app being deleted the sportsman said it must have been the younger grandchildren who had deleted it.

Over the next five to 10 days the grandfather allegedly asked his grandson to reinstall the banking app onto his iPad, but each time, he made excuses about why he couldn’t do it.

Nine days later the grandfather phoned Westpac to check his account balance only to discover his credit card was $29,000 in debt.

On April 6, the sportsman transferred $7500 back into his grandfather’s account.

Guildford also pretended to be his grandfather on three occasions, to convince the bank to increase the credit limit or ensure that transactions went through.

After the dishonesty was discovered, the grandfather approached the sportsman about the missing money but he never returned his calls or went back to his house. According to court documents, the sportsman confessed to his mother what he had done.

The sportsman still owes his grandfather $34,000 and reparation is being sought. It is unknown whether the bank will cover the grandfather’s loss.

Guildford’s grandmother told the Herald in January she hadn’t heard from her grandson since August last year and didn’t want to comment.

On August 6, 2021, the sportsman said he was driving to work when he was stopped by police because his licence was suspended.

The sportsman told police he was too busy to get a limited licence and claimed “police are c***s targeting me, do you get bonuses or something”.