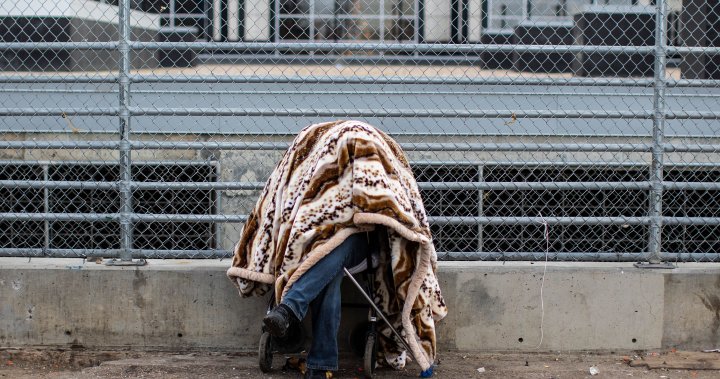 Montreal police responded to a call about a man possibly suffering from hypothermia. The man lived in a camp between Saint-Jacques Street and Highway 20, in Notre-Dame-de-Grâce.

The man was transferred to a hospital where he was declared dead.

The cold weather is a major concern for those who work with the homeless population, as plunging temperatures increase the risk of spending the night outside.

The file was turned over to the coroner’s office.

Dr. Horacio Arruda, who announced his resignation on Monday evening as national director of public health in Quebec, had earlier in the evening asked organizations that help homeless people to ignore COVID-19 for the next few nights.

Arruda asked the shelters to open their dormitories “according to the capacity established before the pandemic … regardless of the status of the outbreak of the environment.”

This message was well-received in the community, with shelters already on high alert as the temperature in the Montreal area dropped.