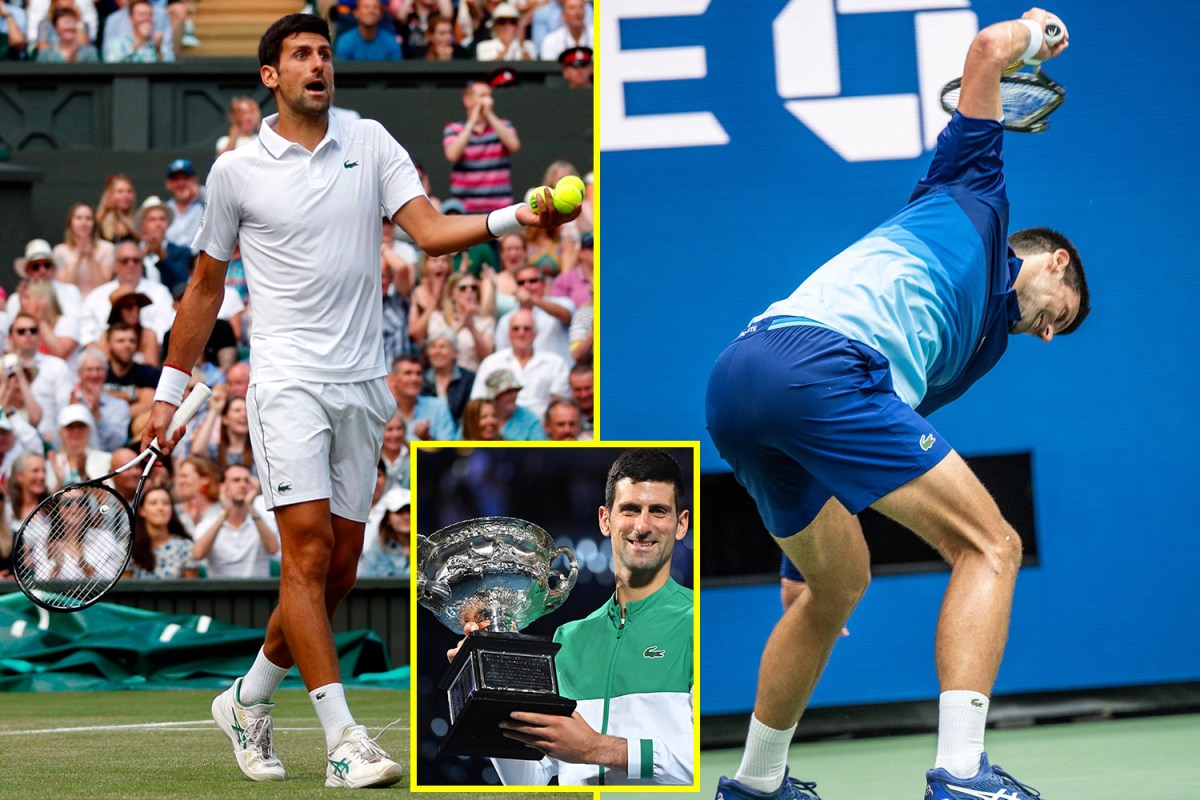 Novak Djokovic takes his place as one of the greatest ever tennis players, but he is someone fans love to hate.

The 20-time Grand Slam champion is currently stuck in quarantine in Melbourne and faces missing the Australian Open amid a row about his COVID-19 exemption status.

While his father claims authorities are trying to embarrass the 34-year-old and some diehard Novak fans are protesting, that feeling is not shared by the wider world.

In fact, his problems in trying to get into Australia have been met with glee by many fans.

And that sums up the feeling that has dogged Djokovic during his career, particularly in recent times.

He is currently tied with career rivals Roger Federer and Rafael Nadal on 20 Grand Slams and will likely finish ahead of them.

Federer and Nadal are received with adulation wherever they go, but the same cannot be said for Djokovic even though he can lay claim to being the greatest men’s player of all time.

His problems in Australia are the tip of the iceberg for reasons fans are not too keen on him and talkSPORT.com has look back at some of the highlights.

The last two years have been tough on everyone across the globe, from losing loved ones to spending weeks and months at a time in lockdown.

Djokovic is a well-known vaccine sceptic and has spoken about publicly about his opposition to them.

“Personally I am opposed to vaccination and I wouldn’t want to be forced by someone to take a vaccine in order to be able to travel,” Djokovic said in April 2020.

“But if it becomes compulsory, what will happen? I will have to make a decision. I have my own thoughts about the matter and whether those thoughts will change at some point, I don’t know.”

He has refused to reveal his vaccine status and his chances of playing at the Australian Open have been up in the air for some time.

Djokovic managed to get an exemption from the vaccine to play the tournament, which was met be widespread anger in the country.

That is perhaps why some fans are taking great enjoyment from his struggles to even get in the country now.

Then there is also the controversial Adria Tour in June 2020 at the height of the pandemic, which had no masks or social distancing and full crowds.

No one was surprised when it ultimately ended early when a number of players, including Djokovic, got coronavirus.

His COVID-19 stances have even led to condemnation from fellow professionals with Nick Kyrgios labelling him a ‘tool’ after he made a list of demands when he arrived in Melbourne in 2021 for the Australian Open.

Rather than be quietly annoyed at Djokovic winning so much, fans are often vocal in their dislike for the Serbian.

There are too many instances to name, but a memorable one was during the famous Wimbledon final victory over Roger Federer in 2019.

The reaction he got from the crowd was strong, vocally cheering when he made mistakes and lost points.

He told reporters that when the crowd chanted “Roger! Roger,” he said he heard “Novak.”

“It sounds silly, but it is like that. I try to convince myself that it’s like that.”

Djokovic has been far from popular at the Australian Open and US Open, being routinely jeered by the crowd.

And why is this? There are many possible reasons for it.

He broke up the Federer/Nadal monopoly, two players who are the most popular of their generation and many may not have forgiven him.

His perceived arrogance on the court, arguing with umpires and line-judges as well as smashing many rackets.

Djokovic has been known to employ slightly underhand tactics, within the rules, to throw his opponents off their game. Taking timeouts and bathroom breaks to his advantage.

The world number one was playing Pablo Carreno Busta in the fourth round of the US Open in 2021 on an empty Arthur Ashe Stadium and dropped his serve to trail 6-5 in the opening set.

In frustration at losing a game, Djokovic took a ball out his pocket and hit it towards the back of the court – unintentionally hitting a line judge in the face.

He immediately went to check up on her, but following a lengthy discussion between tournament officials and the Serb, he was disqualified.

Despite Djokovic’s protestations, he collected his rackets and exited the tournament when he likely had a good chance of winning.

“This whole situation has left me really sad and empty,” he wrote after the event on Instagram.

Djokovic is always going to be compared to Federer and Nadal and his tendencany to smash his racket often lets him down.

Federer was famously a racket smasher during the earlier part of his career, but managed to phase that out of his game.

Nadal is ever the professional on the court and his Uncle Toni would never have let him get away with it.

The Serb continues to let his emotions get the better of him, last year alone he destroyed his racket in the US Open final, at the Davis Cup and the Olympics.