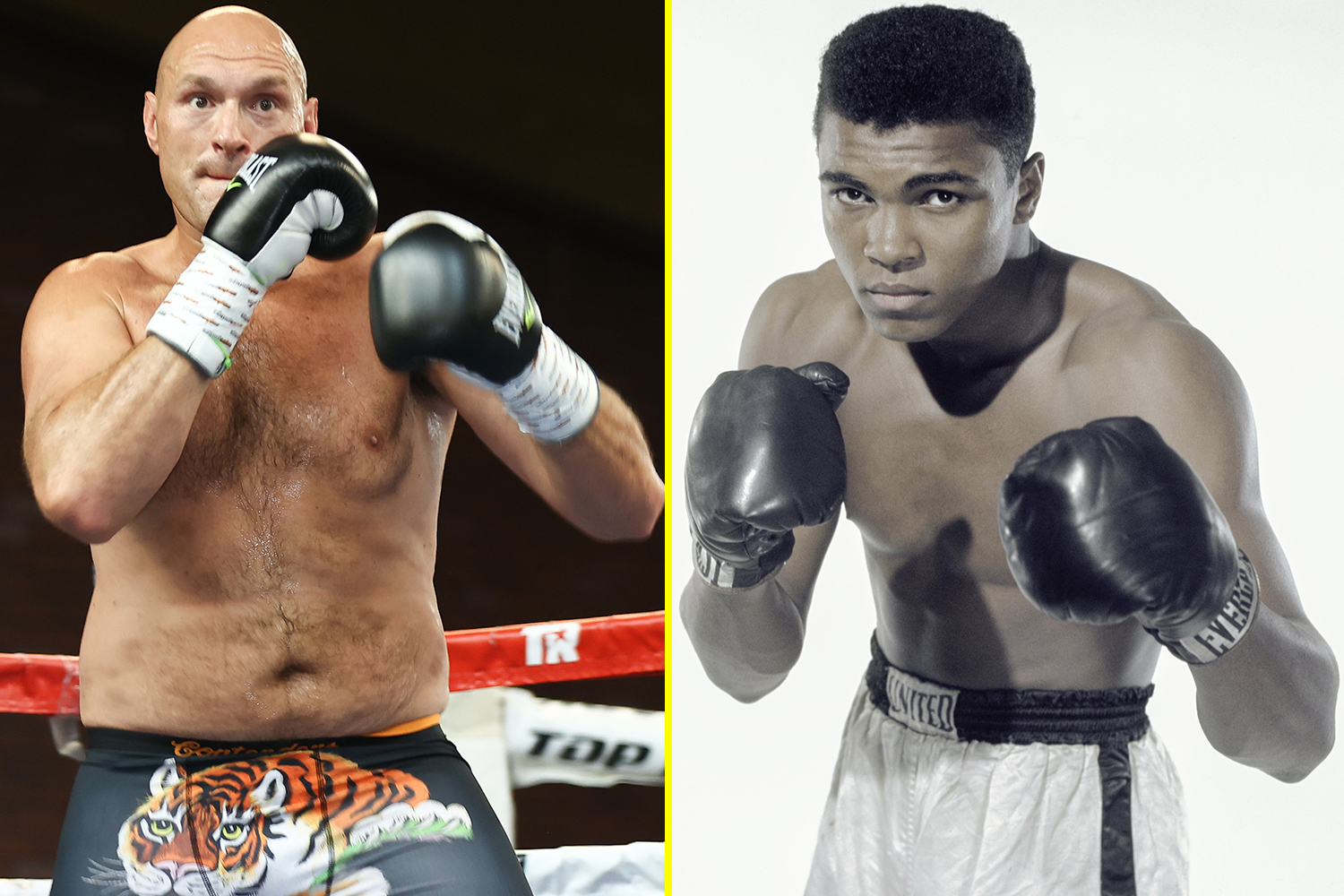 “Float like a butterfly, sting like a bee” or “Ich Bin Tyson Fury, der Sexymeister from Great Britain.”

It’s safe to say both Muhammad Ali and Tyson Fury have been blessed with the gift of the gab and they are arguably the two most charismatic heavyweight champions ever, but the way they use their ‘gift’ has been quite different.

Ali is one of the great orators of his generation and he put it to good use, tackling some of the most serious issues of the time, including racism and war.

In 1967, he refused to be drafted by the US army for the Vietnam war, saying he was a conscientious objector and was subsequently stripped of his passport and boxing license in every state.

This kept Ali out of the ring for what could have been some of the best years of his career between the ages of 25 and almost 29, and during that time ‘The Greatest’ turned his talents to activism, travelling around the country and talking at universities.

Outside of activism, Ali’s way with words would come across most prominently in press conferences, as he would almost speak in poetry.

“I done something new for this fight,” he said ahead of his clash with George Foreman in 1974, which was billed as ‘The Rumble in the Jungle’.

“I done tussled with a whale. I done handcuffed lightning, thrown thunder in jail. That’s bad!

“Only last week I murdered a rock, injured a stone, hospitalised a brick! I’m so mean I make medicine sick!”

With such a knack for speaking in rhyme, in 1963, the year before Ali beat Sonny Liston to become heavyweight world champion, he released an album of ‘spoken word’, with the first track entitled ‘I am the greatest’.

“This is the legend of Cassius Clay,
The most beautiful fighter in the world today.
He talks a great deal, and brags indeed-y,
Of a muscular punch that’s incredibly speedy.
The fistic world was dull and weary,
But with a champ like Liston, things had to be dreary.
Then someone with color, someone with dash,
Brought fight fans a-runnin’ with cash.
This brash young boxer is something to see.
And the heavyweight championship is his destiny.
This kid fights great. He’s got speed and endurance.
But if you sign to fight him, increase your insurance.
This kid’s got a left. This kid’s got a right.
If he hits you once, you’re asleep for the night.
And as you lie on the floor while the ref counts ten,
you pray that you won’t have to fight me again.
For I am the man this poem is about,
the next champ of the world, there isn’t a doubt.”

This was a bold move from a young Ali who was yet to achieve anything in boxing, but in fairness he did become ‘The Greatest’.

Fury, however, while not quite as eloquent as Ali, is equally as entertaining through his bluntness and honesty.

After his first fight with Deontay Wilder in 2018 ended in a draw, Fury was asked what he was doing differently ahead of the rematch, in 2020, to ensure he came away with the victory.

“I’m doing a lot of things I didn’t before,” he revealed, “I’m eating five/six meals a day, drinking eight litres of water.

A few years earlier, in only his second fight after making a comeback to boxing, Fury came up against Italian heavyweight, Francesco Pianeta.

‘I’m going to go out there and smash him to pieces,” he said at the pre-fight press conference.

“Make Italian sausage out of him. And that’s it. Spicy meatballs!”

Even before his comeback, Fury was pulling the same antics, turning up to his pre-fight press conference with Wladimir Klitschko dressed as Batman and fighting the Joker.

After the fight, as the two boxers attended a media day ahead of their rematch, Fury took his shirt off to reveal his belly, which had grown considerably larger than it was during his fight with Klitschko a few months earlier.

“Shame on you,” Fury said while addressing Klitschko. “You let a fat man beat you. I don’t even live an athlete’s lifestyle. It’s a disgrace to call me an athlete.”

But like Ali before him, Fury has used his charisma and mouth for good, recognising his position to make a difference.

He has and still does, use his considerable platform to address mental health issues, which he has suffered with personally.

It is a special thing when boxing finds itself with a charismatic heavyweight champion, as they transcend the sport in a way few athletes can and the attention they bring to the sport can be felt throughout the weight classes.

So, while Fury and Ali may have had different styles they are two of the sports great entertainers and can be appreciated by any and all boxing fans.