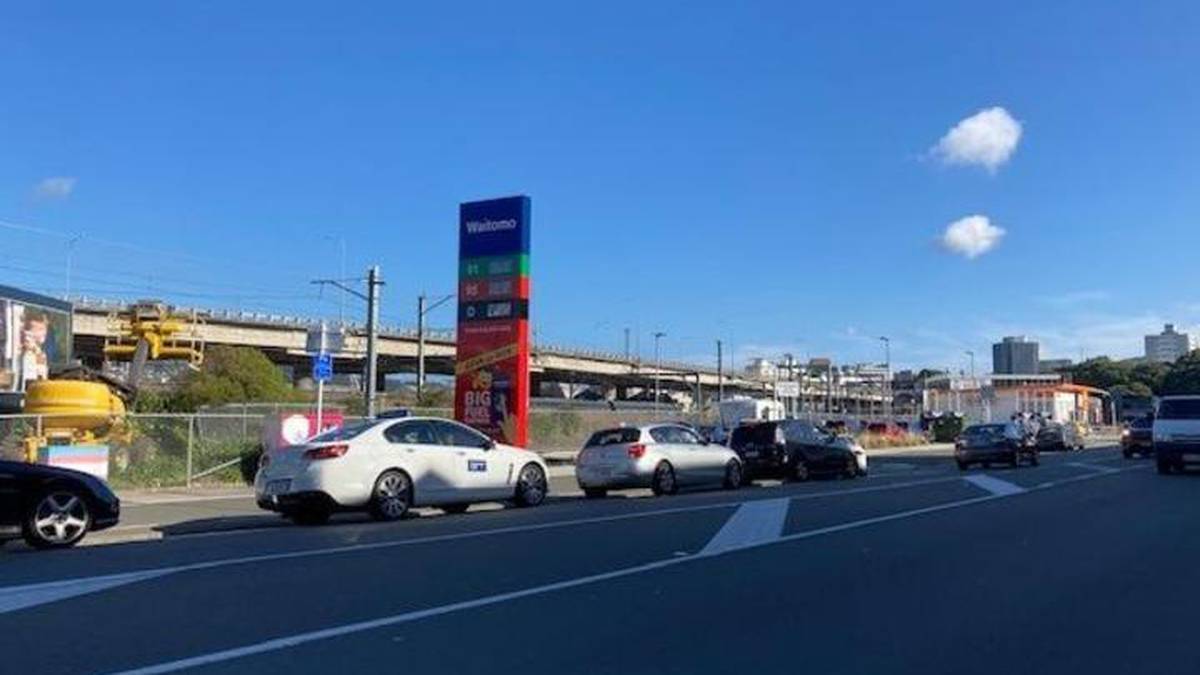 Motorists have endured long queues of up to 1km – and run at least one petrol station dry – after a fuel company boss warned of imminent and massive price hikes.

Waitomo petrol stations around the country have been busy today after the warning issued this morning by Waitomo group managing director Jimmy Ormsby.

Ormsby had advised motorists to fill up today before 6pm, when the latest price rise would kick in. A spokesperson for Waitomo said prices would be increasing by close to 30 cents for diesel and 20 cents for petrol.

“Product prices from our suppliers have climbed very significantly for us overnight, so sadly that’s going to be reflected in pump prices going forward, despite our best efforts to hold it off,” the spokesperson said. “It really is unprecedented – we’ve never seen anything like it. The whole industry will be impacted with similar pricing.”

Fuel prices vary across the Waitomo network of 75 fuel stations, but the company was asking $2.86 at its Tinakori site in Wellington for 91 and $2.83 in Hamilton.

A Waitomo station in Papanui, Christchurch, ran out of 91, 95 and diesel following Ormsby’s warning, while others were at risk of following suit. At one stage traffic was backed up for about a kilometre outside the station.

At other stations, there were dozens of cars queuing before the price hikes came into effect.

“Today, we’ve been advised by our supplier that prices are increasing, with the biggest single jump in our wholesale price seen in my time,” Ormsby said on Friday morning.

“Despite keeping our own costs as low as we can, so we can deliver the fairest pump prices while ensuring we remain sustainable ourselves, we can’t absorb all that rise ourselves – so pump prices are going to have to respond.

“A jump of this level is going to hurt motorists and businesses big time, so as a Kiwi business, we’re doing everything we can to minimise that pain, including forewarning our customers.”

The Herald has approached other petrol companies to see if they will be doing the same.

Gull retail operations manager Mike Turner said they had no intention of increasing prices before the weekend, but said they would be reviewing numbers early next week.

Turner said that volatility was unprecedented in the market, but that it was important not to be too reactionary to the shifts in the global markets.

Asked whether BP was lifting prices, a spokesperson confirmed that the company reviews prices every day to ensure it remains competitive in the market.

Z Energy similarly did not confirm whether a price rise was on the way, with a spokesperson saying: “Z Energy reviews its pricing every day with the cost of fuel at the pump being made up of a number of factors, including global market fluctuations and local competitive pressures. Decisions regarding any appropriate changes (up or down) are based on those inputs. Z does not discuss nor disclose the timings of any such changes (up or down) as any future time-based reference could be considered price signalling.”

Waitomo’s Ormsby said continued uncertainty over the Ukraine crisis and the ban on Russian fuel by the US and the UK had reverberated across the market, leading to crude oil prices rising to levels not seen since 2008.

“High fuel prices – like grocery prices, and housing prices – are part of the cost-of-living crisis, hitting Kiwis who least can afford it. Come spend a few hours pumping gas with me to get a good taste of how tough it is for many Kiwis just trying to put food on the table,” Ormsby said.

AA principal policy adviser Terry Collins said extreme volatility in the oil market was making it difficult for importers to pick when to buy.

Prices have fluctuated wildly over the past week, rising to more than US$130 per barrel before dropping back down to around US$109.

Collins attributes the big drop this week to the United Arab Emirates increasing production off the back of the unrest in Ukraine.

Collins noted while this kind of volatility would be shorter term, he said the shift in European geopolitics would also have a longer-term impact on fuel prices.

With European nations breaking ties with Russia, they will be forced to source their fuel from the same markets New Zealand relies on for its oil. This in turn means prices will continue to steadily increase in the coming years.

Collins previously predicted petrol prices to exceed $3 per litre and he has taken that a step further now, saying it’s possible fuel could reach $4 a litre.

He says that may not happen this year, but the shifting demand in Europe will place upward pressure on the market.

“I don’t think people fully realise the long-term impact this conflict will have,” Collins said.

The Gaspy data shows a particularly big spike over the past few days.

New Zealand isn’t the only country to be struggling with a massive increase in fuel prices; the impact is being felt around the world.

There is, however, a marked difference between the prices in Australia and New Zealand.

Asked why there was such a massive difference between the price of fuel in Australia and New Zealand, Collins said tax was the single biggest contributing factor.

While Australian fuel prices include a tax contribution of 37 per cent, the New Zealand price carries 45 per cent.

Collins noted this has a significant impact on the final price that Kiwis pay at the pump.

Other factors impacting the price difference, according to Collins, include the slightly stronger Australian dollar and the country’s closer proximity to the oil market.

However, Collins stressed these factors were marginal when compared to the tax impact.