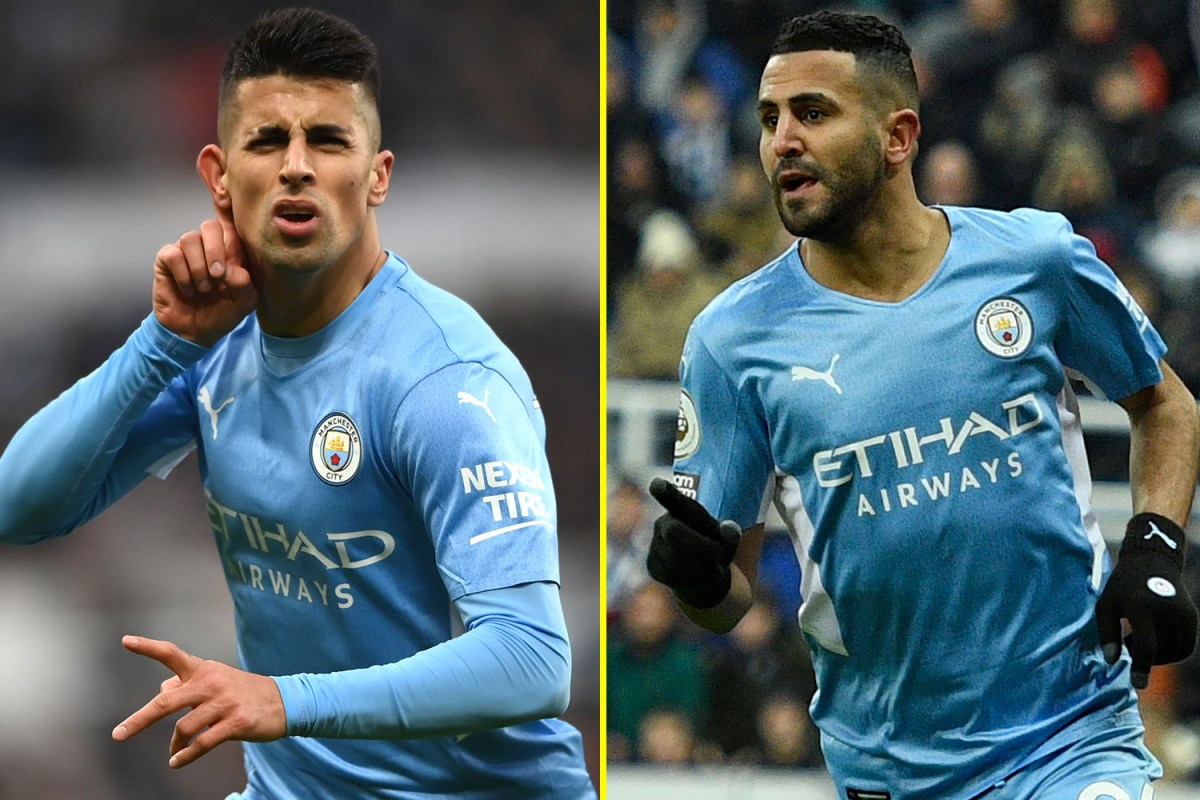 Manchester thumped Newcastle 4-0 to make it 11 goals scored in two matches on Sunday.

Just days after hitting seven against Leeds, Pep Guardiola’s rampant side made light work of their relegation-threatened opponents to demonstrate they once again mean business as they chase their third consecutive title.

City have been incredible throughout 2021 and if they weren’t defeated by Chelsea in the Champions League final, there’d be a case to suggest they would be one of the greatest team ever.

They have broken multiple records throughout the year, where they scooped the Premier League and sealed their fourth successive EFL Cup.

With the four goals in their victory over Newcastle, their tally of 106 goals in 2021 is the most ever scored by a team in a calendar year in the Premier League era.

Their triumph at St James’ Park was also their 18th away win in the league this year, more than any other top-flight side has managed in the history of English football.

And perhaps most impressively, they have now set a new English football record for the most top-flight wins in a calendar year.

Their 34 victories has eclipsed the 33 Liverpool managed under the great Bob Paisley back in 1982.

Their dominance throughout the year has led to many dubbing them as the best ever side – even better than the likes of Arsenal’s ‘Invincibles’ in 2004, City’s ‘Centurions’ in 2018 and Chelsea’s side under Jose Mourinho in 2005, who conceded just 13 goals all season.

But who is the best Premier League team ever?

Although the ‘Invincibles’ went unbeaten, they only boast the NINTH best points total in Premier League history, as they dropped plenty of points by drawing 12 games in their unbeaten season.

Guardiola’s ‘Centurions’ of the 2017/2018 season still boast the best ever tally as the cruised to the title by a whopping 19-point margin.

Liverpool came just one point short of this margin in their title-winning season two years later, amassing a whopping 99 points to seal their first top-flight title in 30 years.

Before that, the Reds had reached 97 points but incredibly still came second in the 2018/19 campaign, with City crowned champions.

Most goals scored in a Premier League season

City’s ‘Centurions’ also hit the most goals scored in a single season having amassed a remarkable 106.

They broke Chelsea’s tally of 103 under Carlo Ancelotti to become the highest scoring Premier League team in history – but it wouldn’t be unthinkable to suggest they break their own record this season.

Arsenal’s ‘Invincibles’ are nowhere to be seen in the top ten – so although they were hard to beat, goals didn’t flow as much as you’d expect.

There’s no doubting that the Invincibles side are one of the greatest ever teams.

But City team would certainly give them a good go – and the three new records they have broken in 2021 serves as evidence for that.