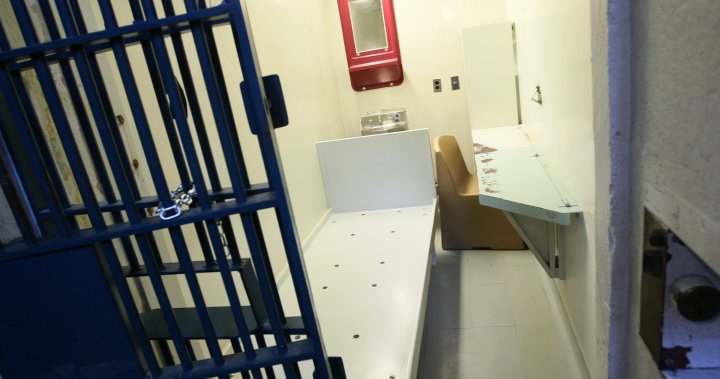 Correctional Service Canada said Wednesday that as of Jan. 10, there are 207 active COVID-19 cases among inmates in federal penitentiaries.

Of those cases, 39 are among inmates who identify as Indigenous, which makes up almost 19 per cent of the overall caseload.

Indigenous Peoples make up five per cent of Canada’s population but accounted for just under one-third of the country’s federal prison population as of January 2020, which Canada’s correctional investigator said at the time had reached a historic high.

That trend represents “disturbing and entrenched imbalances,” and a deepening “Indigenization” of Canada’s correctional system, Ivan Zinger, the correctional investigator, said at the time.

Justin Piche, associate professor of criminology at the University of Ottawa, said although the rate of positive cases among federal Indigenous inmates is lower than the number of Indigenous people in the federal prison system, it’s still markedly higher than their share of Canada’s overall population.

This discrepancy shows that Indigenous Peoples are disproportionately impacted by institutions that produce these kinds of health outcomes, said Piche, who is also a researcher for the Prison Pandemic Partnership, an academic research group that tracks the effect of COVID-19 on the lives of Canada’s inmates.

He said he thinks this dynamic can be partially explained by historical patterns of genocidal violence and state neglect that Indigenous Peoples have endured by institutions in Canada.

“That to my mind is evidence of structural racism,” said Piche.

Earlier this week, the Congress of Aboriginal Peoples called on Public Safety Minister Marco Mendicino to speed up the release of low-risk offenders and those on remand to limit the spread of the highly transmissible Omicron variant in federal prisons.

During the first wave of the pandemic in Canada, Bill Blair, who was then the public safety minister, announced the release of hundreds of federal inmates amid several COVID-19 outbreaks in correctional institutions.

Alex Cohen, a spokesperson for Mendicino, said in a statement that Correctional Services has put in place initiatives to stop the spread of COVID-19 in federal institutions.

Cohen said they are making significant efforts to reduce systemic racism in the justice system and addressthe overrepresentation of Indigenous Peoples in prisons. These include culturally appropriate approaches to Indigenous corrections, and funding to support the reintegration of previously incarcerated Indigenous Peoples.

Correctional Services and the Parole Board of Canada continue to process eligible inmates for release in accordance with the law and with public safety being the “paramount consideration,” he said.

Kim Beaudin, national vice-chair of the Congress of Aboriginal Peoples, said the high rate of COVID-19 cases among Indigenous inmates is one of the reasons the organization is calling for an accelerated release.

Beaudin said he speaks regularly with people on the inside about how they are doing and whether they can access health care.

“What I find, though, is that the majority of them are stressed out. They don’t want to be dragged out of there in a body bag,” he said.

Beaudin said given the prolonged nature of the pandemic, the risk of being infected with the virus will likely continue along with the potential of new COVID-19 variants emerging.

“It just doesn’t seem to end. At least if they can go home, that’s where they should go. Be with their families instead of being inside there. It’s like a petri dish.”