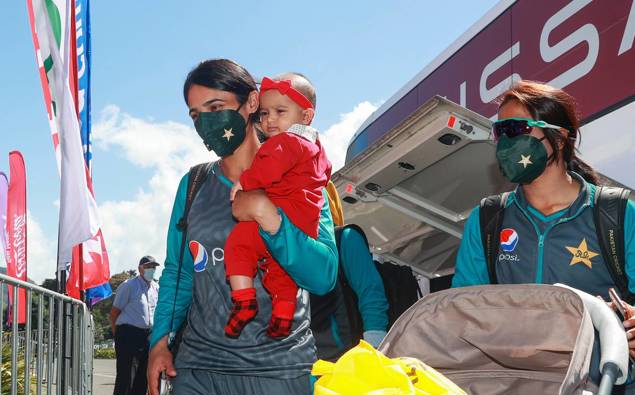 This year on International Women’s Day, Kiwi girls and boys don’t need to look far to find inspiring role models — the Women’s Cricket World Cup is playing out on our shores and it’s full of them.

Yesterday’s White Ferns victory over Bangladesh puts the hosts’ campaign back on track after they fell heartbreakingly short in the thrilling tournament opener against the West Indies.

There is so much about these brave, brilliant women that inspires: Sophie Devine’s century in the heroic run chase against the Windies, the snap and spark in the field that brought three brilliant run outs yesterday and the power hitting of Susie Bates to close out that victory.

They also inspire in the way they carry themselves off the field. Female athletes are always measured to a different standard than their male counterparts.

Few people would ask players in the men’s team about their kids or wonder how a man balances sporting success with family life. But these are the standards by which women are measured throughout all walks of life.

Personally, as a mum and a working woman, I find it inspiring to see how these women perform at the highest level in their sport while handling the demands of modern life and motherhood.

It’s great to support a team that reflects modern New Zealand. Amy Satterthwaite recently returned from maternity leave to rejoin the team and play alongside her wife Lea Tahuhu.
These are players with perspective, too. Devine and Amelia Kerr both recently stood up publicly and acknowledged they needed time out from the game to prioritise their mental health.

For Kerr, this meant missing the White Ferns tour to England in September and her place with the Brisbane Heat in the Australian Big Bash T20 league. A huge call for a young player — and the right call.

These are athletes making their sport fit into their lives. It’s not just the Kiwis — Pakistan captain Bismah Maroof leads her side on the field and has her baby daughter Fatima with her on tour.

Being inspired matters. Many of the young players in the White Ferns will have been raised in the game on tales of the success of the New Zealand women in the 2000 World Cup, the team that famously chased — and won — glory against Australia in the final at Lincoln.

Now, as then, the Australians are the benchmark for success. On Sunday, the White Ferns face the pre-tournament favourites in a crucial clash in Wellington. They beat the Aussies — and beat them well — on the eve of the tournament, so we know the White Ferns have the firepower for the job.

Get ready to be inspired.