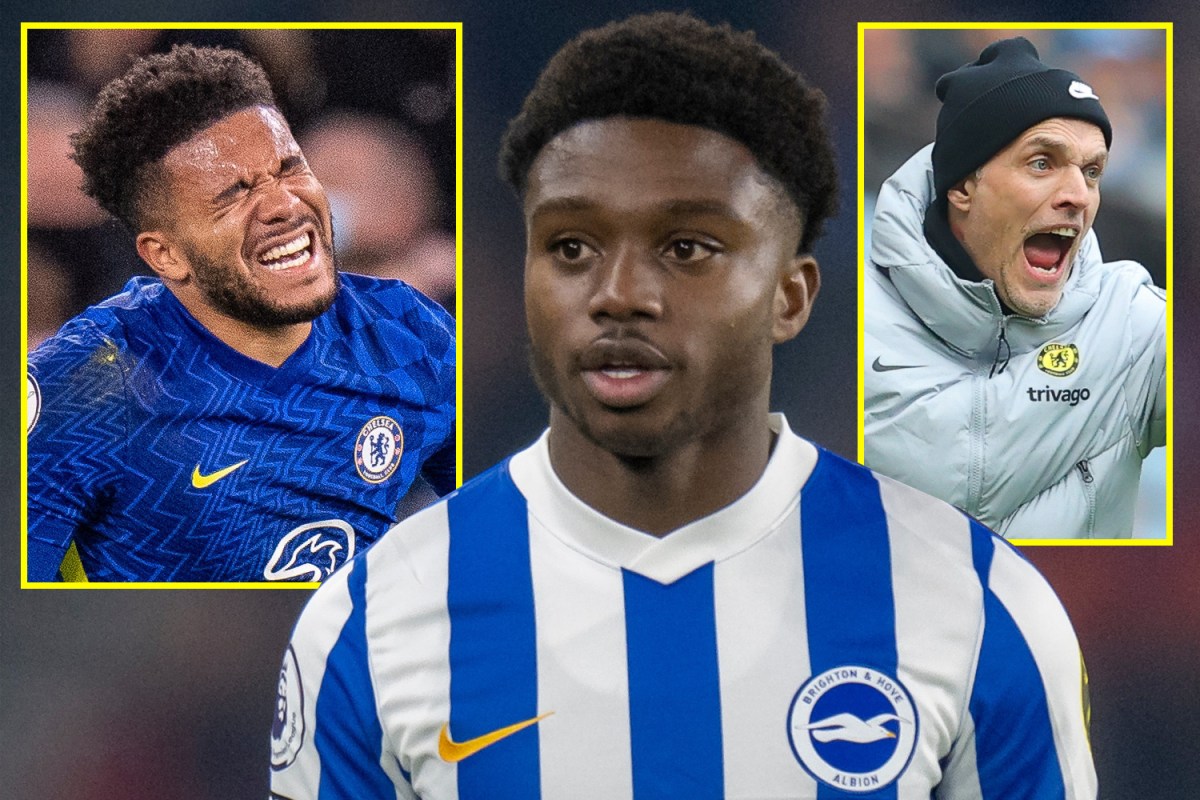 Brighton’s Tariq Lamptey could come back to haunt Chelsea as the two sides prepare to face off on Tuesday evening.

Thomas Tuchel’s side will undoubtedly be seen as favourites going into the clash, but given their current wing-back woes, the Seagulls’ star will be one for the Blues to keep a very close eye on.

With Ben Chilwell out for the season, Reece James facing a spell on the sidelines and the rest of the Chelsea squad being hampered by COVID-19, Tuchel is facing something of a selection dilemma.

In a bid to rectify the issue, the German looked at a complicated deal to bring Emerson back from loan, and finally recalled Kenedy from his time at Flamengo.

And Tuchel will, perhaps, wish he could have called upon Lamptey at this time.

The 21-year-old was a talented member of Chelsea’s youth set-up and progressed as far as the senior side at Stamford Bridge, making three first team appearances, one of which was in the Premier League.

Unfortunately the pathway to the first team was rather crowded, with the likes of Cesar Azpilicueta, Trevoh Chalobah and of course, Reece James who has established himself as one of the best wing-backs in world football.

It was James who took Lamptey under his wing during their time together in west London.

Speaking to talkSPORT, Lamptey said: “When I was at Chelsea, Reece James was in the age group older than me. He was always giving me good advice. I’m happy to see him doing well and hopefully that continues.

“There was a good academy at Chelsea and they give you the tools you need to try and develop your game.

“It just so happens that they have a lot of players in that position but they’ve got boys all around that can take it to the next level.

“The game keeps advancing and as a full-back you have to be prepared to defend first but try and contribute to the team with assists or goals. That’s how it is at the moment which is brilliant for me because I love to get forward and also like defending.

“When I was a kid I liked watching Dani Alves and Ronaldinho but I also loved watching Ashley Cole bomb up and down even though it was on the left flank. He had great energy and the technique he had was amazing.”

A player who is most comfortable down the right flank, Lamptey could easily have been an asset to Thomas Tuchel in their current predicament, however the talented wing-back was determined that he wouldn’t be the latest in a number of stockpiled players at Stamford Bridge.

In January 2020, two years ago now, Lamptey took the decision to leave Chelsea in favour of a permanent move to Brighton.

Only 19 at the time, the west London-born star took a huge gamble by leaving the security of the Premier League giants, but revealed that he didn’t hesitate in taking the leap, telling talkSPORT: “I was privileged to be in a good place where they allowed me to develop and I’m grateful to them.

“But I feel it was time to try and get regular game time and just try and take my game to the next level and keep developing.

“In Brighton there was a fantastic club who have a good plan and I saw it as a chance to take.”

Since then Lamptey has never looked back having made 33 appearance for the Seagulls and establishing himself as one of the most exciting young players in English football, even with a spell on the sidline with hamstring issues.

Such has been the extent of his form, the 21-year-old has already been linked with moves to the likes of Arsenal and Tottenham as they look to build to the future, however Chelsea will still be an influential factor if Brighton are to discuss terms with another club.

Valued at around £50million, the Blues don’t hold the option to bring the player back to Stamford Bridge through a buyback clause, however it’s reported that they do have an undisclosed sell-on clause which means that Brighton will need to pay a sizable chunk of any fee to Tuchel’s side.

That will be a financial boost for Chelsea at some point in the future, but for now as they look find a solution to their wing-back dilemma they’ll just be hoping that their former starlet doesn’t come back to haunt them in their moment of need.