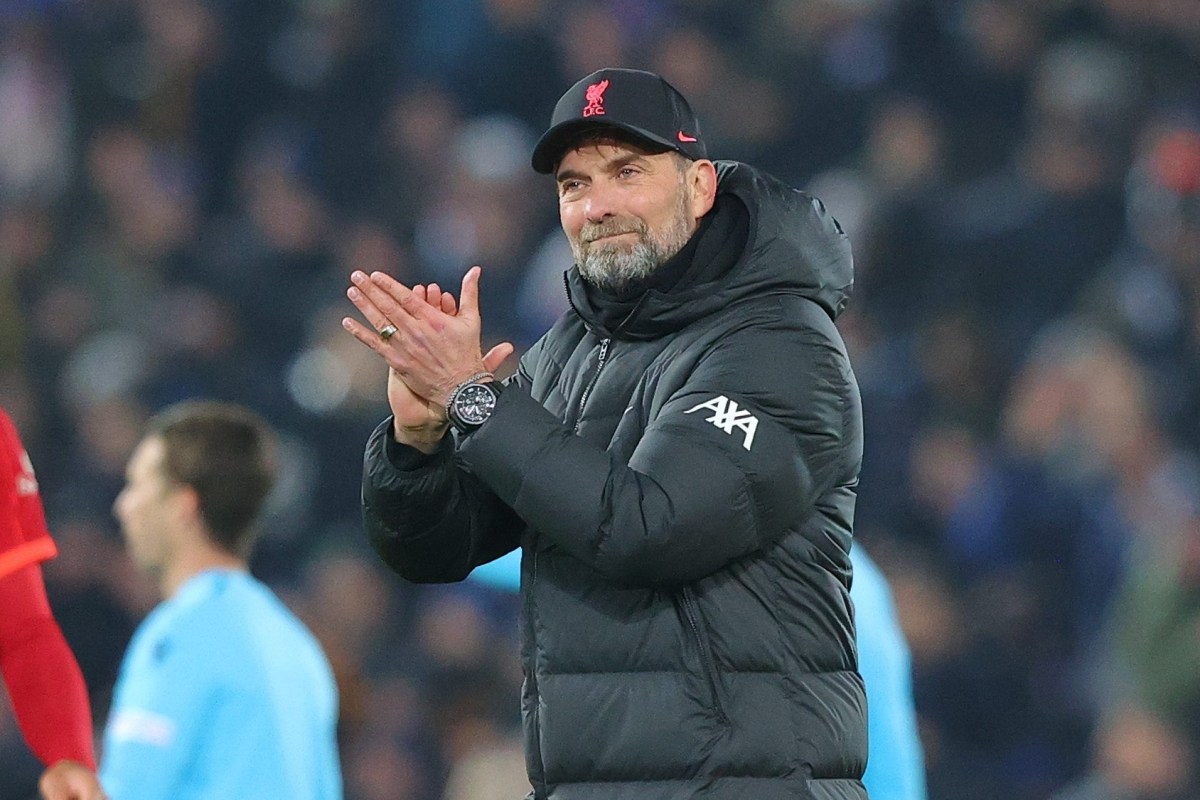 Jurgen Klopp made a sly dig at Leeds United under Marcelo Bielsa, claiming that Inter Milan are like them but crucially ‘with more quality’.

The Liverpool boss drew the comparison between the two clubs following his side’s 1-0 defeat to the Serie A champions.

It was a first defeat at Anfield of the season for the Reds, but one that wasn’t costly as they booked their place into the quarter-finals of the Champions League courtesy of a 2-1 win on aggregate.

Klopp was impressed by the visitors, and said how difficult they were to play against, even if it meant making a joke at the expense of the Yorkshire side.

“They set up [like] Leeds under [Marcelo] Bielsa, just with much more quality, and that makes it really tricky to play against them,” he said.

“It’s not that I’m here over the moon,” Klopp added.

“I’m really happy that we went through because when we saw the draw in the first place it was like ‘okay, that’s a tough one’, so we went through and I think over the two legs we deserved it.

“So that’s fine that we had some problems in the game tonight for different reasons.

“One is the quality of the opponent, they are a really good football team.

“But we still had our chances and didn’t score.

“When I think about the game, I didn’t like our counter-press, I don’t think we won the ball back in the first 20 minutes.

“In the end, we have to respect the quality of the opponent, and like I said, it’s a big if, but if we used our chances from the set-pieces, from other situations, we still could have won the game.

“So I think it’s fair that we are through against a really strong opponent, so let’s carry on.”