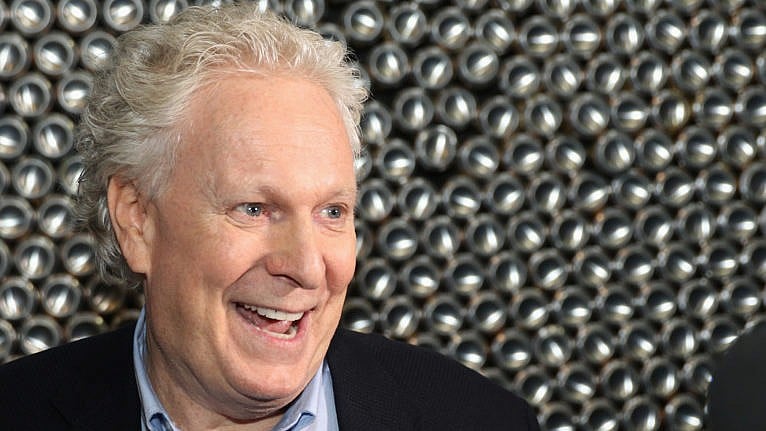 Politics Insider for Mar. 11: The Charest factor; a look at what drives Poilievre; and a plan for Zelenskyy to address Parliament

Jean Charest kicked off his CPC leadership campaign in Calgary Thursday night, saying he wants to unite the party, which is “badly distracted” and “fractured,” CP reports.

Charest talked about the importance of the oil and gas industry and his willingness to stand up for pipelines in areas of the country where support for them is more tepid, such as his own. He also said he believes it’s wrong for the federal Liberal government to go ahead with its planned increase of the carbon price on April 1. “We can do a lot better,” he said.

An option: Charest launched his leadership bid in Alberta to show the province needs a better seat at the federal decision-making table, he said. Will Westerners give him a chance? In the Winnipeg Free Press, Tom Brodbeck argues that they might, because they are alienated by other options.

Many traditional conservative voters … are feeling politically homeless these days. They abhor the sharp right turn the CPC has taken and long for the days of a sensible, market-driven, fiscally conservative party that has progressive views on social issues. They can’t bring themselves to vote for a Liberal party whose leader has no regard for fiscal responsibility and whose record in office is fraught with ethical breaches. And they could never vote for the far-left New Democratic Party. Whether Charest could provide a home for those disenfranchised voters remains to be seen.

Bill 21 gamble: In the Star, Althia Raj has a well-reported column on what she sees as Charest’s calculated bet — that he can get away with opposing Bill 21 in spite of opposition in Quebec and in his caucus.

I included Charest’s opposition to the law in my column about a secret arrangement Charest and Brampton Mayor Patrick Brown have struck, and it hit a nerve in Quebec, making headlines and leaving some Conservatives stunned. “Very anxious to see what the reaction of Quebec MPs will be on Mr. Charest’s position on Bill 21,” tweeted former leader Andrew Scheer’s chief of staff Marc-André Leclerc. Under the cloak of anonymity, one Conservative MP described Charest’s position as “cheap politics.” “It’s a big deal because … Charest’s position goes against the will of the Quebec caucus,” that person explained.

Character: The Globe’s Andrew Coyne has a passionate column on the leadership race, arguing that, given the perilous state of the world, “character and judgment, experience and temperament, are suddenly at a premium.”

A great deal of time and energy will be spent in the coming campaign seeking to persuade Conservative voters of the vast ideological differences that supposedly separate the leading candidates. No doubt there are some. But frankly most of these are trivial, in the grand scheme of things. And they fade in importance in times like these. Given a choice between a candidate whose policies I prefer, but who lacked the requisite qualities of leadership, and a candidate deficient in policy but well supplied in character and judgment, I would unhesitatingly choose the latter. That is the choice that matters in this race: not between right and left, or Blue Tories versus Red, but between adolescence and adulthood.

Uphill climb: In Maclean’s, Philippe J. Fournier calculates it will be a nearly impossible task for Charest to sign up enough members to get the support he’ll need to win. “By taking into account the number of voting members in the 2017 and 2020 CPC races, we estimate that Charest and his team must recruit somewhere between 80,000 to 100,000 new members committed to support his candidacy in this race (in addition to convincing several current members to join him). Otherwise, there are simply no realistic scenarios where Charest comes out ahead of Poilievre.”

Angry Pierre: The new Maclean’s cover story is a masterly profile of Pierre Poilievre by Shannon Proudfoot, who attempts to understand what drives the champion of the anti-Trudeau mob, who has a commanding lead in the CPC leadership race. Poilievre is a “confounding cipher,” she writes.

He is highly intelligent, insightful and reflective when not on display, but snide and reductive when he is. He is a workhorse who has stuffed his brain with knowledge that is almost old-fashioned in its intricacy; but he is also a corrosively of-the-moment politician dedicated to the meme-worthy partisan kick in the teeth. He didn’t have to be the internet troll of Canadian politics, because he had ample other capabilities at his disposal, but here we are.”

Proudfoot talked to friends and colleagues, reviewed his career, and finds a razor-sharp intellect, someone “skilled at deep musings—he once single-handedly filibustered a budget debate for four days by expounding on the various clauses of the Magna Carta, the proud inheritance of the British judicial system and that time Lord Halifax almost became Britain’s wartime prime minister.” On the other hand, he is always ready to plunge into “Skippyland,” a place beyond logic, which Proudfoot ultimately struggles to understand.

He could be the leader of the Opposition forcing an increasingly insular and incoherent Liberal government to answer for itself, with all of the incisiveness he could bring to the task, but one-third of the amped-up “No, eff you” partisan spite. Instead, the Poilievre who is available to us is the one who snarls ceaselessly about Justinflation, lobs bombs just to bask in the glow of the blast and throws in his lot with protesters terrorizing ordinary citizens because—well, frankly, it’s hard to fathom why.

Ready to go: Patrick Brown will launch his leadership bid in Brampton on Sunday, the Post reports. Earlier this week, Brown reached a settlement in his defamation lawsuit against CTV National News for publishing allegations accusing him of sexual misconduct.

Lewis sued: Leslyn Lewis is being sued by former campaign manager John Mykytyshyn, who claims he was not fully paid for his work on her 2020 leadership campaign, the Star reports.

Big speech: Volodymyr Zelenskyy is to virtually address Canada’s Parliament on Tuesday, CTV reports, a week after speaking to the British parliament. Government House Leader Mark Holland has written the Speaker to organize a session, since the House will not be sitting:  “This would be an opportunity for Canadians to hear directly from President Zelenskyy about the urgent and dire situation facing the people of Ukraine,” Holland wrote.

No to no fly: Justin Trudeau tells CTV  that he was forced to deny Zelenskyy’s request for a no-fly zone, for fear of triggering an escalation: “It is something that is heartbreaking. To have to say we can do so many things to support, but the risk of escalation, the risk of spreading… of involving NATO in a direct conflict if we send NATO planes over Ukraine to shoot down Russian planes. We can do an awful lot and we’re doing everything we can. But we can’t do that.”

Convoy or coup? Trudeau’s national security and intelligence adviser said Thursday that the leaders of the Freedom Convoy were bent on overthrowing the government, the Globe reports.

Jody Thomas told an Ottawa security conference there is no doubt: “The occupation of Ottawa was dug in. They had supply chains. They had organization. They had funding coming in from across Canada but also other countries. The people who organized that protest – and there were several factions … there is no doubt – came to overthrow the government.”

Get the best of Maclean’s sent straight to your inbox. Sign up for daily stories and analysis.