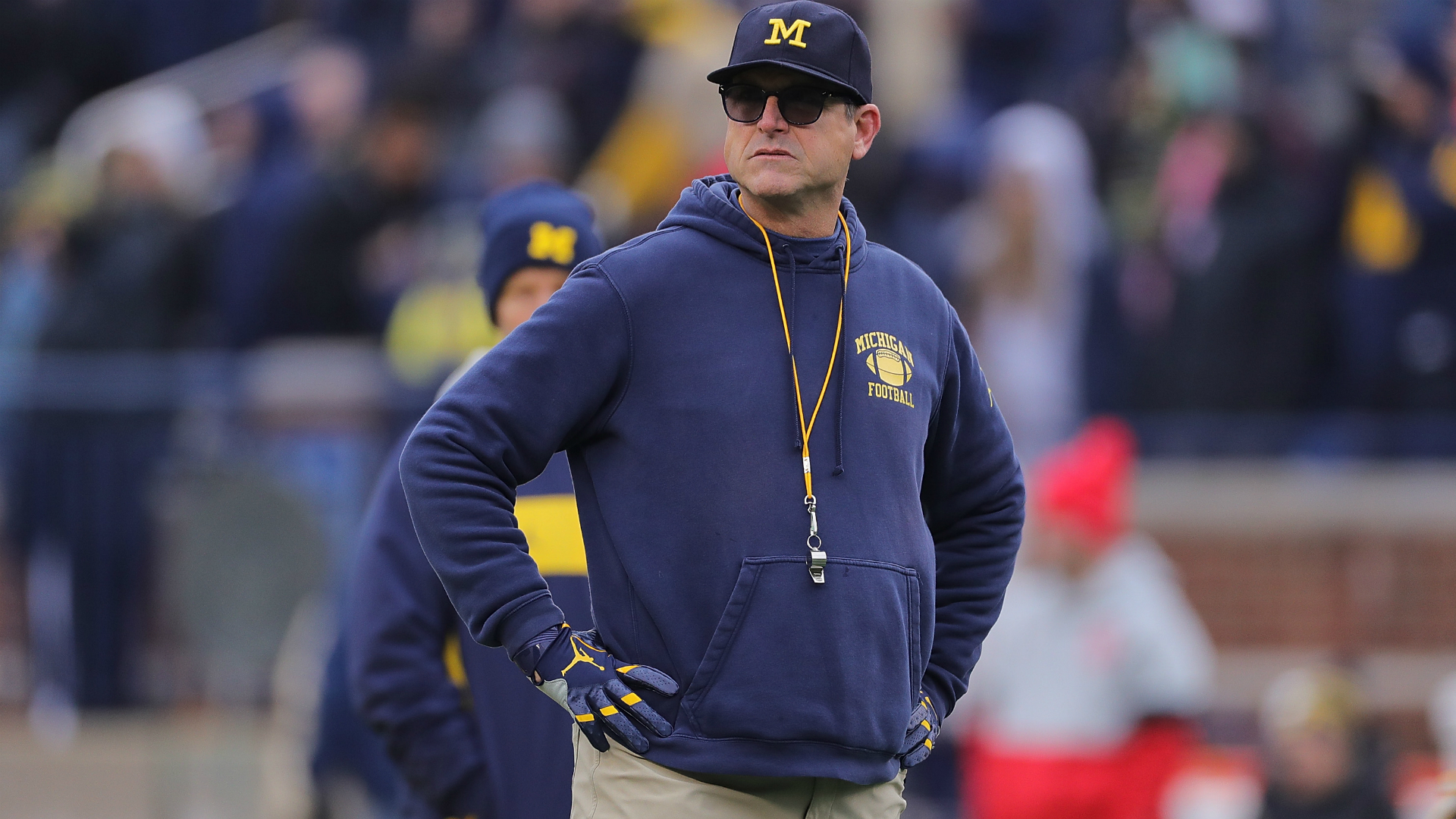 According to a Tuesday report from Bruce Feldman of The Athletic, Michigan coach Jim Harbaugh — fresh off leading the Wolverines to their first College Football Playoff berth and first win in “The Game” since 2011 — “might be tempted to leave the Wolverines to return to the NFL.”

Feldman, citing sources from the NFL and at Michigan, speculated that the timing may be perfect for Harbaugh to return to the NFL, where he coached the 49ers for four years as a head coach in between collegiate stops at Stanford and Michigan.

“I think it’s real,” one source told Feldman in regard to Harbaugh’s interest in the NFL.

Feldman in his report speculated that Harbaugh likely wouldn’t leave his alma mater, where he played from 1982 through 1986, without having first beat Ohio State. The Wolverines finally broke through for Harbaugh’s first win in that series — and Michigan’s first win since 2011 — with a 42-27 destruction of the Buckeyes in Ann Arbor. One week later, Michigan beat Iowa 42-3 for the team’s first outright Big Ten championship since 2003.

Michigan leveraged those victories into a No. 2 ranking in the playoff, but couldn’t beat third-ranked Georgia, falling 38-11 to fall to 12-2 on the season. It was Harbaugh’s fourth season with at least 10 wins. He has averaged 9.8 wins per season outside the COVID-19-shortened 2020 campaign, when Michigan went 2-4.

MORE: Jim Harbaugh’s salary & net worth: Here’s how much money the Michigan coach made in 2021

All that is to say that Harbaugh’s stock has never been higher since his return to Michigan. That, coupled with his proven success at the NFL level (he went 44-19-1 in four seasons and led San Francisco to the Super Bowl in his second season) could make him an intriguing target for several teams in need of a coach. Indeed, Feldman reported that several people over the years indicated he would eventually make an NFL return.

And there is no shortage of teams there that could use his services.

Feldman considered the Raiders a prime destination for Harbaugh, considering he got his coaching start there as quarterbacks coach in 2002-03 under Bill Callahan. Another potential landing spot is Chicago, which drafted Harbaugh with the 26th overall pick in the 1987 NFL Draft and for whom he played from 1987-93.

Both those organizations also make sense inasmuch their quarterback of the future (Derek Carr with the Raiders, Justin Fields with the Bears) are already in tow.

Another team in the hunt for a coach is the Jaguars, which fired Urban Meyer in a disastrous experiment that failed to last a year in Jacksonville. Other teams that may decide to move on from their coaches include the Browns (Kevin Stefanski), Giants (Joe Judge) and, potentially, the Seahawks (Pete Carroll).

It’s also worth considering Harbaugh’s Michigan contract amid rumors of an NFL return. Harbaugh took a sizable pay cut in 2021 following a disastrous 2-4 campaign. His base salary dropped from $8 million in 2020 to $4 million in 2021, and awarded him $1 million in bonuses for winning the Big Ten championship and $500,000 bonuses for winning the Big Ten East division and reaching the playoff. Harbaugh ultimately used those bonuses to pay staffers within the Michigan athletic department.

Another notable aspect of his contract negotiation: His buyout was reduced to $2 million in 2021, and will reduce by $500,000 each year until 2025. That would be a steal for any NFL team that would want to bring Harbaugh on. To that end, reporter Scott Bell reported that Michigan is willing to pay Harbaugh in order to keep him in Ann Arbor:

If you’re in charge of a team in a competitive field, any good leader will use whatever leverage he/she can get and use it to strengthen his/her team. Jim Harbaugh is due a raise, but I’m sure he’s also looking out for his staff/program and wants assurances in other areas, too.

It’s uncertain whether rumors of a return to the NFL have weight. But it’s also worth remembering Harbaugh, following his team’s loss to Georgia in the Orange Bowl semifinal, said it feels like a “beginning” for the program. Whether Harbaugh will be around to see that through, however, remains to be seen.