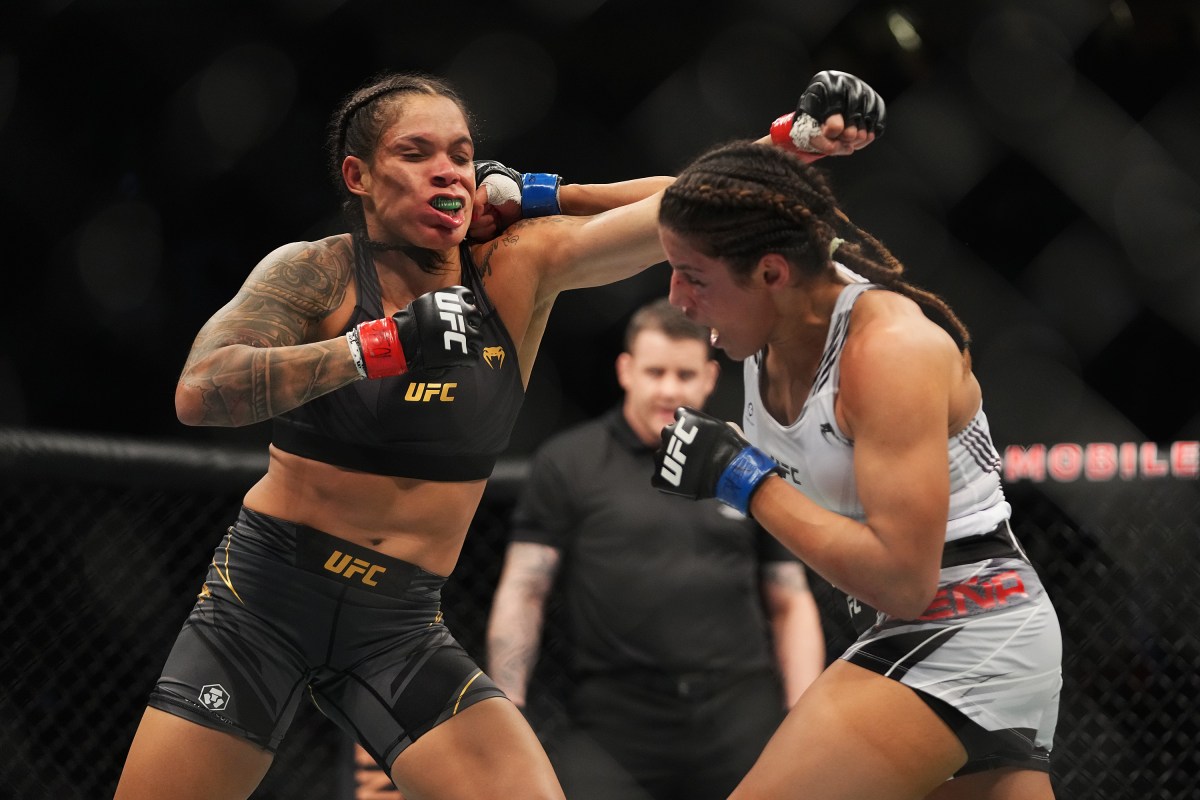 Julianna Pena pulled off one of the greatest upsets in mixed martial arts history at UFC 269 as she dethroned the women’s bantamweight champion Amanda Nunes.

After a back and forth first round where Nunes had Pena on the canvas on a couple of occasions, the second round is where the fight jumped into a crazy gear.

Pena walked down Nunes and unlike many of the women that have tried before her, she was able to stand in front of the Brazilian.

Two-time champion Nunes took that as a challenge, but as she swang wildly, her gas tank emptied and Pena pounced.

Pena had Nunes hurt on her feet and smartly took the champion to the ground, rolled her over and locked in the rear-naked choke that would secure her the stunning victory in Las Vegas.

According to UFC Stats, Pena outlanded Nunes in total strikes 79-46.

The Venuzuelan Vixen did exactly what she said she would do and while not many people were taking her too seriously in the lead up to the fight, you can bet they will now.

“Don’t ever doubt me again… She tapped and I asked the commission, ‘Is it over?’ He said, ‘Yes, you won.’ It didn’t [seem real]. It feels crazy. But I expected to win. The world is my oyster. You have the ability to do anything you want in this life.”

Nunes, 21-5, was all class in defeat and paid tribute to the victor.

“I trained hard for it. Congratulations to Julianna. She’s a warrior. I knew that the whole time. I’ll go back to the gym, train more and get the next one.”

UFC president Dana White said after UFC 269 that if Nunes wants the rematch, she can have it.

Nunes is widely regarded as the female GOAT of UFC, but there has been some speculation around how much longer she wants to fight.

According to ESPN Stats & Information, this was the fourth-biggest upset in UFC title fight history.

The biggest upset remains Holly Holm’s victory over Ronda Rousey for the 135-pound title at UFC 193 in November 2015.