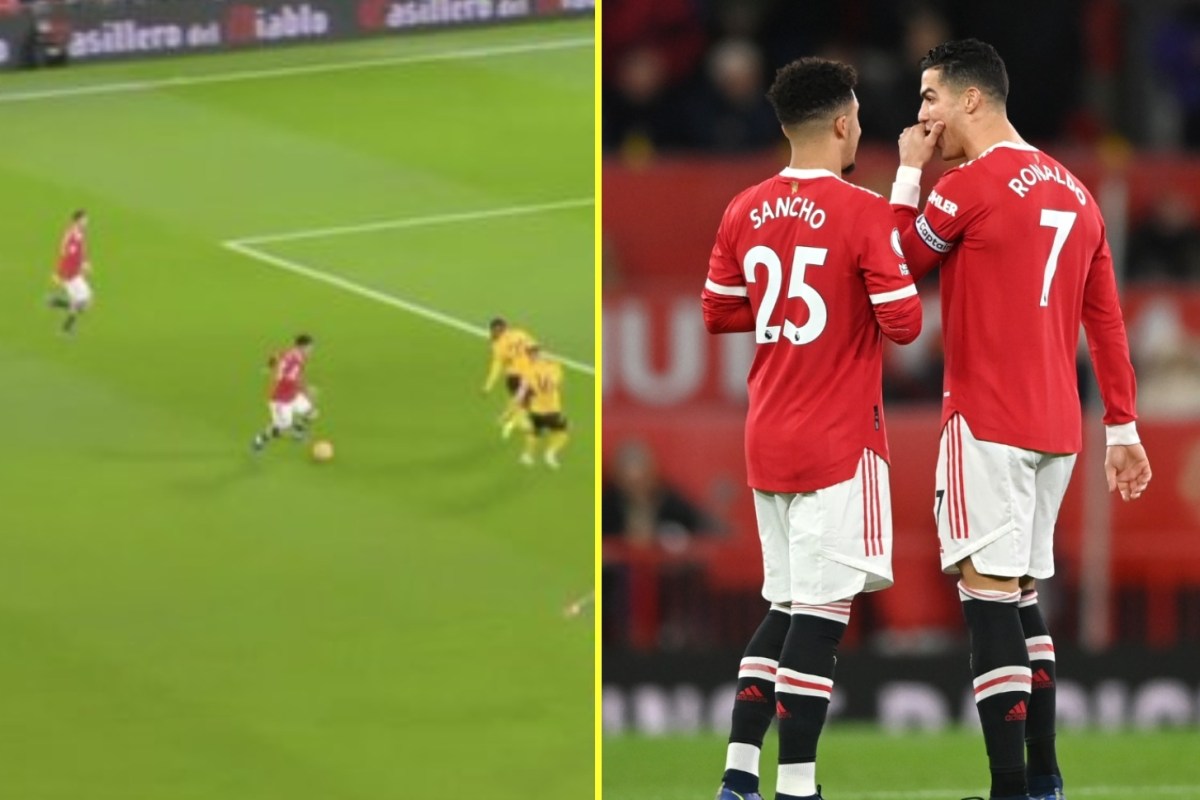 The England international finally moved to Old Trafford after nearly 18 months of speculation about his future in Germany.

Yet the 21-year-old from Camberwell looks decidedly lost upon his return to his homeland and is failing to seriously stake a claim for a place in Ralf Rangnick’s side.

The interim manager suffered his first defeat in six games since replacing Ole Gunnar Solskjaer on an interim basis, with Sancho in particular coming under scrutiny for his performance in the 1-0 loss to Wolves.

In particular, Sancho’s reaction to having a shot blocked in the seventh minute after ignoring Cristiano Ronaldo caught the attention of the former Newcastle and Crystal Palace midfielder.

“Sancho just looks out of sorts and I’ve backed him many, many times to come good,” Ambrose said on Drive.

“£73million, the pressure got taken off him a bit when they brought in Cristiano Ronaldo, but he needs to produce a bit more.

“There was a moment where they went through and they went two-vs-one basically, and he ignored Ronaldo.

“Absolutely fine; get your shot off, it got blocked. It was after that, it was like the reaction after that.

“It was just laziness!”