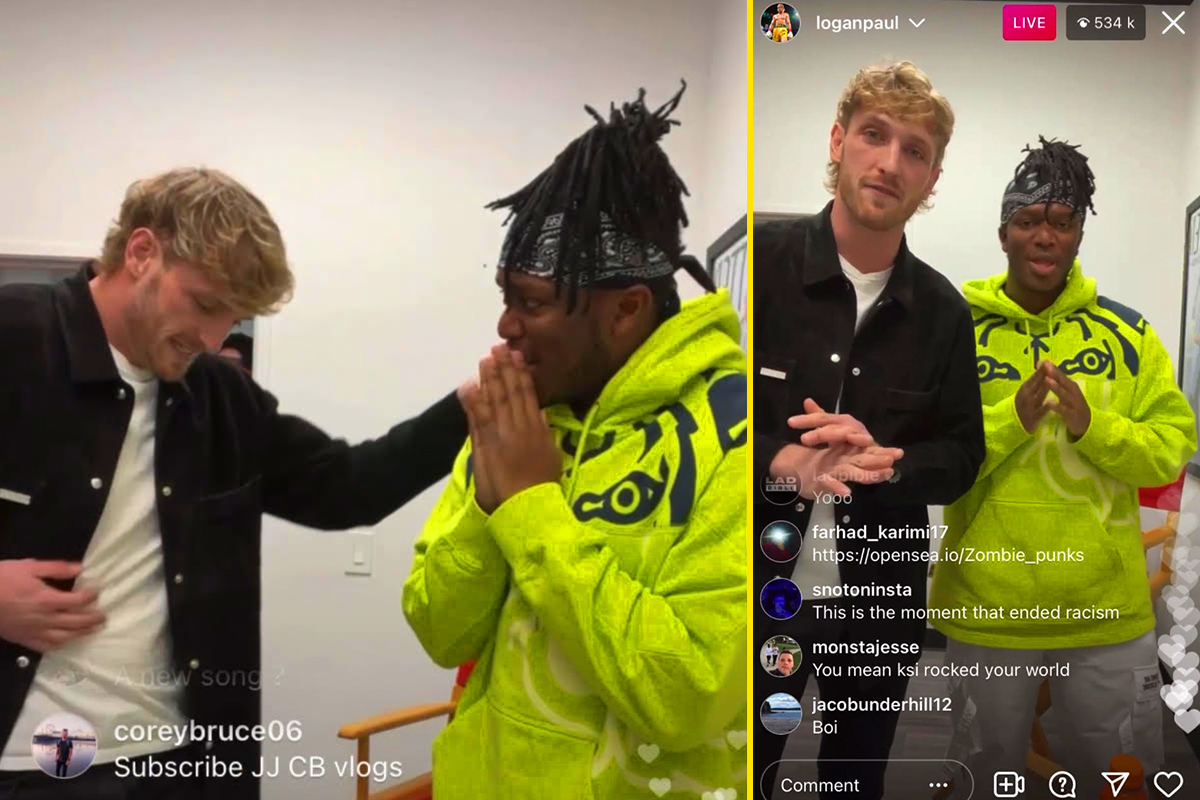 KSI and Logan Paul have gone from boxing opponents to business partners following a joint announcement on Tuesday.

First, at the Manchester Arena, they drew in a six-round white collar bout.

The following year, they fought as professionals at the Staples Center in LA with KSI emerging victorious via split decision.

When they teased an announcement last week, many fans theorised that a third fight could be in the works.

However, this is not the case and they have instead confirmed the launch of their new drinks company Prime.

Back in 2019, Logan initially contested his defeat to KSI.

Now though, he admitted to the Brit over Instagram live: “So we fought twice. I gotta tell you something man.

“That second fight – I think you won fair and square. I said it. So congrats man.”

The pair then revealed they were in fact sitting in the same room and KSI said: “We have created our own drinks company.”

Logan added: “Ladies and gentleman, Prime Hydration. We are officially business partners, we are no longer rivals.”

Logan later explained in an Instagram post: “We’re excited to announce Prime to the world and showcase what happens when rivals come together as brothers and business partners.

“Our goal was to create a fantastic hydration drink that can fuel any lifestyle.

“Over the past year, we’ve worked countless hours to formulate the product from scratch, lock in deals with the largest retailers in the world, and build a multi-hundred person team to get our products to the shelves.

“We’re humbled by the process of creating a real brand & look forward to competing with some of the biggest beverage companies in the world.

“As underdogs, we always cherish the opportunity to show the world what’s possible.

“Now that we’re both fighting for the same team, we truly believe the sky is the limit.”