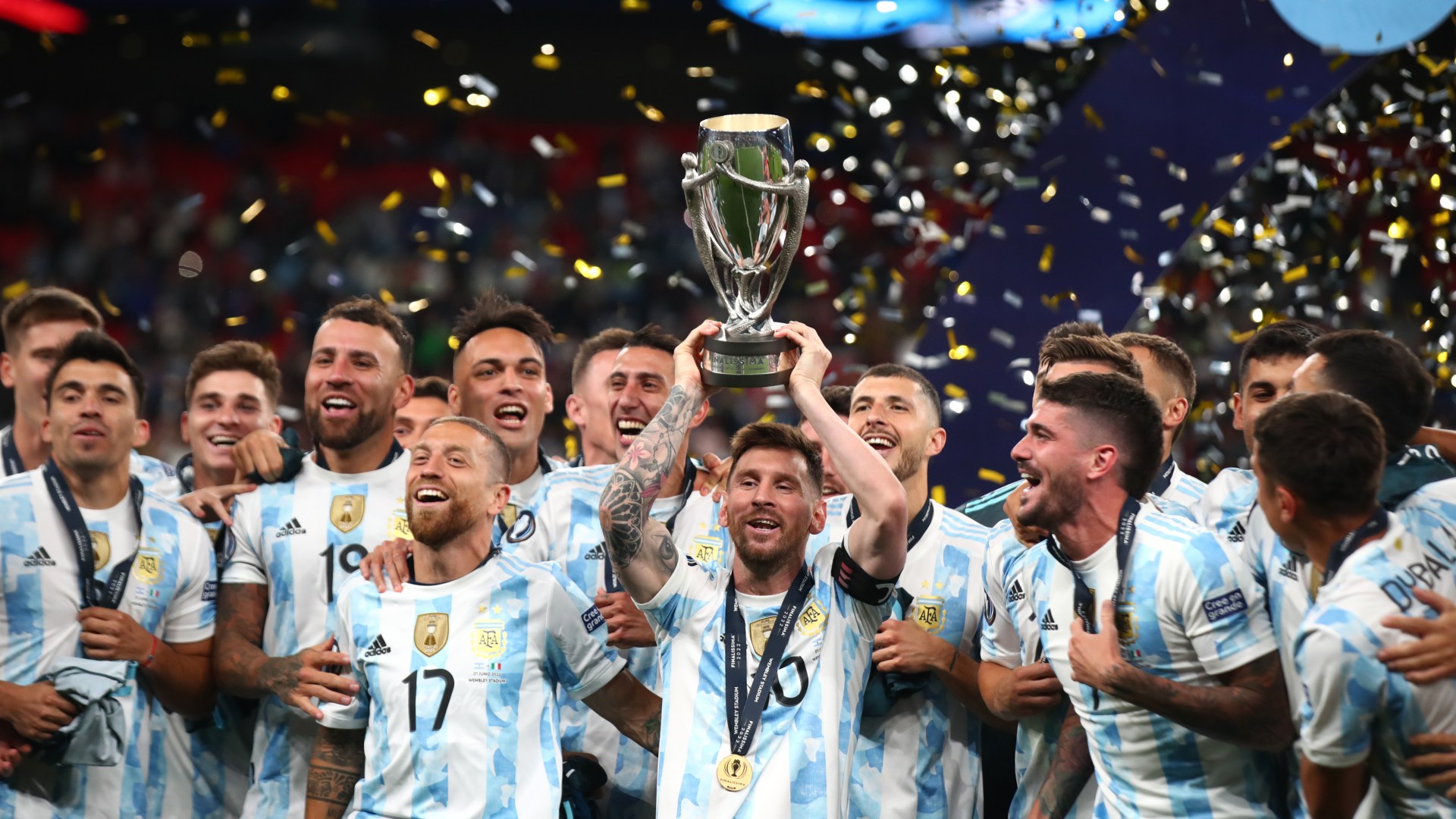 Lionel Messi inspired Argentina to Finalissima success and their 32nd consecutive win with a 3-0 victory over Italy at a sold-out Wembley Stadium.

Messi recorded two assists and thrilled the 87,112 people that crammed into the national stadium, hoping to watch the Argentina captain work his magic.

It was the 28th minute when he gave the crowd what they had come for – even if he made the goal rather than scored it.

Giovanni Di Lorenzo got too tight to Messi, who spun away and, after dribbling into the area, it was Lautaro Martinez who gratefully accepted the centre and poked in the opener.

Goalscorer Martinez become provider in stoppage time when Bonucci was turned on the halfway line and the Inter Milan attacker threaded a perfectly weighted through ball to Di Maria, whose sumptuous chip was the icing on the cake to a superb goal.

Giorgio Chiellini made an underwhelming departure on his final international appearance and was denied one final ovation at Wembley – 15 years after playing in the first-ever match at England’s national stadium.

Messi was desperate to crown his third and perhaps final outing at Wembley with a goal and nearly produced a stunner in the 65th minute.

After Jorginho had been tackled by Messi inside his own half, the 35-year-old dribbled past several opponents before he waltzed into the area but his shot was straight at Gianluigi Donnarumma to ensure this did not make his greatest hits.

Messi glided past several Italians in stoppage time and although he was stopped just outside Italy’s area, the ball rolled for substitute Dybala to fire home and wrap up a fantastic first visit to Wembley for Argentina since 2000.