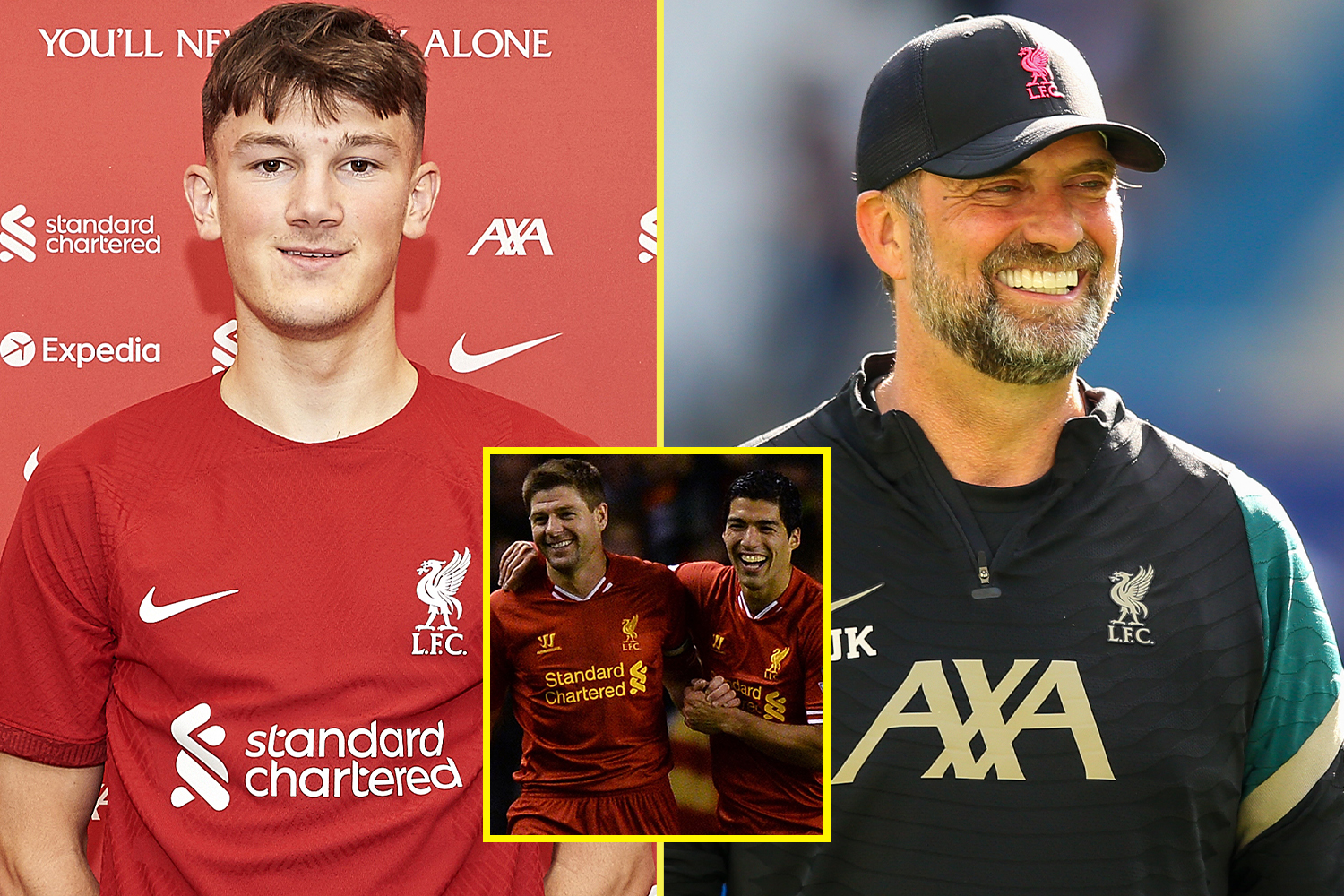 Liverpool’s new signing Calvin Ramsay is excited to begin his Anfield career and experience one of its most famous perks.

The 18-year-old has sealed a £4.2million transfer to Merseyside and is likely to be the club’s last signing of the transfer window.

Most players are keen to experience a new city, meet their teammates, and get started.

Ramsay is no different. However, there is one thing he does want to experience as the Scotsman gets his career in England under way.

“Obviously I’ve seen his hugs on telly and that, so hopefully I’ll get one of them. But he’s a top manager, one of the best ever potentially, so it’s going to be special to work under him and I’m looking forward to meeting him.”

Set to be backup for Trent Alexander-Arnold, Ramsay is keen to learn from a player he idolises, while he also sees similarities in their style of play.

He added: “I’m a right-back, pretty attacking, I like to attack. I’m OK defensively as well but my main attribute is attacking – I can put good crosses in, I like to get shots away, both feet, cutting inside, going down the line, linking up with my winger.

“But just mainly I like to work hard, work hard for the team, put in a shift. I’ll try to do my best for the club and I’m looking forward to it.

“He’s a massive player, he’s been brilliant so far. I watched him the whole of last season and just the way he plays, I think it’s almost similar to me [in] the way he attacks and stuff like that, we’re both still young. But he’s an unreal player. So to be coming in here and learning off him, it’s just going to be amazing for me and I’m going to learn a lot.

“Even before there was interest from Liverpool, I looked up to him because he’s similar to the way that I play, like I said – his attacking, his crossing, he can use both feet, his passing range is obviously quite similar to mine.

“Just being in here every day with not just him, but all the players, they’re top professionals and I’m going to learn a lot and become a better player.

“I think I’m quite versatile as well, I can play in a few different positions. I started off in midfield, coming through [the] Aberdeen youth academy, and then I got moved out to right-back.

“My first game was against Chelsea in a tournament, so it was a difficult game to go right-back for. But I did well and I’ve played right-back ever since.

“I can play a few positions, I think I’m quite composed on the ball, can find a pass, get shots away. So, I can play centre-mid, right-back, right-wing – anywhere really.”

Ramsay has revealed he is a Liverpool fan and has previously been to Anfield with his family.

And he named two stars in particular who inspired him as a youngster.

He said: “I know I’m a defender but I quite liked Luis Suarez when he was here. I thought he was brilliant. I’d say him, he was a big one. Obviously Steven Gerrard as well, he’s a legend here. So, hopefully I can go on and make my mark as well.”

The youngster joins the Reds this summer along with Fabio Carvalho and Darwin Nunez and has admitted playing with quality stars like Mohamed Salah and Virgil van Dijk will take some getting used to.

Meanwhile, Ramsay doesn’t intend on geting caught up in any hype and only has a modest target for the 2022/23 campaign given the fact he has Alexander-Arnold ahead of him in the pecking order at right-back.

Asked what a dream season would look like, he replied: “I’d say just to make my debut. I think making my debut will be special but obviously the more appearances, the better. But the main thing is just to get on that pitch at Anfield and try to put my marker down, show everyone what I’ve got, like I’ve said. Hopefully I can do that.”