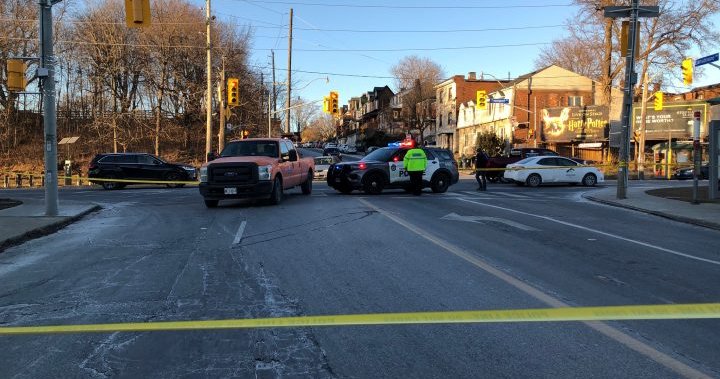 A man in his 50s was taken to hospital after he was struck by a vehicle in Toronto Friday afternoon, officials say.

Emergency crews were called to the area of Lansdowne Avenue and Davenport Road at 2:45 p.m.

Police said the driver remained at the scene.

A Toronto paramedics spokesperson told Global News the victim was taken to a trauma centre.

There is no word on what led to the collision.