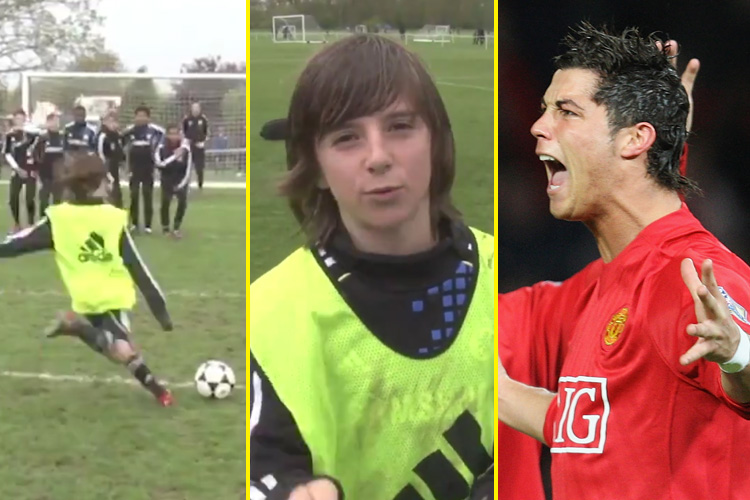 Cristiano Ronaldo might be the same, but the world around him has changed quite a bit over the last 12 years.

The 36-year-old returned to Old Trafford in the summer, no less fearsome than the superstar who left for Real Madrid back in 2009.

He even looks the same. Age just isn’t really a thing for the Portugal phenomenon.

For the rest of humankind, though, mere mortals like Jesse Lingard and Mason Mount, time’s impact on the body shows.

They were just kids in awe of Ronaldo during his first spell in the Premier League.

Half his height and with voices yet to break, little did they know, one day, they’d share the pitch with him.

It’s a fascinating sub-plot to the Ronaldo return. The constricts of time on footballers usually mean childhood inspiration is taken from the generation before.

How many icons, particularly forwards, last long enough to compete against the kids they inspired? It’s like arriving on the PGA Tour and getting paired with Tiger Woods.

Already this season, pictures have resurfaced of a tiny Lingard meeting Ronaldo more than a decade ago, now they’re celebrating together in the Premier League.

Mount won’t be celebrating with Ronaldo this Sunday when Chelsea welcome Manchester United to Stamford Bridge. But it’s still a pretty special meeting.

After the Blues midfielder scored a free-kick against Wolves at the end of the 2019/20 season, Chelsea shared a video of their academy graduate practising dead balls as a kid.

“I try to base my free-kicks on Ronaldo,” a young Mount explains to the camera.

“Hit the ball by the valve and it moves. That’s all you do. Top corner, top bins.”

True to his word, the youngster sticks one right on the postage stamp just moments later.

After all, he learned from the best. Ronaldo might not score that many free-kicks these days, but a nine-year-old Mount had a perfect view of what many consider to be his best.

Mount recently recalled: “I went as a Portsmouth fan and we lost the game. I remember watching Cristiano Ronaldo and he scored this unbelievable free-kick – it was one of the best goals I’ve ever seen live.

“It was great for me to watch him as one of the best players in the world and that really motivated me as a young boy.

“I remember going to training the next couple of days and trying to recreate the free-kick. I was only young so I couldn’t really kick it that far, but when you watch something like that then you want to add it into your own game.

“It motivates you to practise and try to replicate it in a game situation.”

In an increasingly commercialised football world, with horrible things like the European Super League and 25-minute half-time proposals, it can feel like the romance is gone.

But try telling that to Mount if Chelsea get a free-kick on Sunday, with Ronaldo stood behind him, watching on.