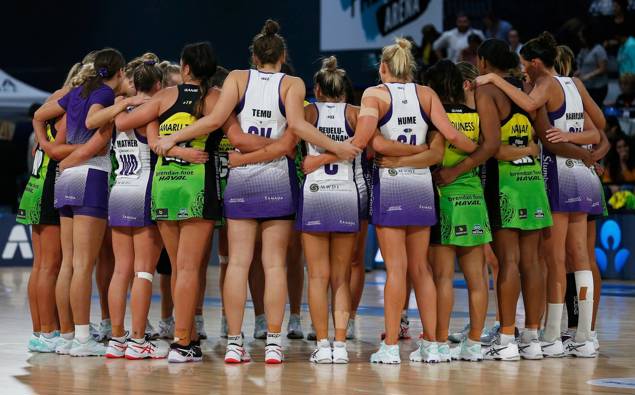 The opening round of the ANZ Premiership has been hit by an early disruption due to Covid-19.

The Pulse confirmed Covid-19 cases and isolation requirements have prevented the team from taking the court. The ANZ Premiership will confirm a new date for the fixture in the coming weeks.

With a double-header coming up the following weekend (March 19/20), Pulse coach Yvette McCausland-Durie says she is keeping a watchful eye on her players’ progress.

“We’ve just got to keep moving and keep a good eye on them from a health perspective to make sure they’re coping with the new loads, how they’re managing themselves and adjust accordingly,” she said.

“It’s a disappointing way to start the season and the challenge now is making sure they’re well enough to be ready for the double-header. We’re grateful that we’ve been approved for the deferred match, but we’re equally still under pressure to make sure they’re physically ready for the next two.

“The players just want to get going, so their focus is about getting well and getting back. With that comes some anxiety about being ready and they were certainly ready before this happened.”

Players coming back in are required to go through managed protocols set in place for the ANZ Premiership.

“There’s a four-stage process. As their symptoms improve, they’re able to start the early stages in isolation, which is minimal activity in their confined space, then they keep building with everything based on heart rates and managed from that perspective,” McCausland-Durie said.

The other round one matches remain scheduled to be played for now, with the Magic hosting the Mystics at 2.10pm and the Tactix taking on the Southern Steel at 4.10pm.

However, the Mystics have also revealed that two players have tested positive with the virus and face having to postpone their match if more become unavailable.

“If we were going to play today, we would still be playing,” Mystics head coach Helene Wilson told NZME. “We’ve definitely had two players ruled out with Covid for the game this weekend, and we’re waiting on some information on the third.

“At this point in time we would still be playing but obviously if the Covid situation changes between now and Sunday we may have to postpone our game.”

Wilson didn’t name the two players who tested positive but added that the club has been dealing with Covid-19 cases and isolation requirements for a while now.

“We’ve got a netball club of two teams: our NNL team and our ANZ team. So, we’ve got two teams of about 12 girls that fill up our club and across the past two weeks we’ve had 15 players affected by Covid, and high number of players have had Covid or been household contacts in the greater Auckland area.

“The household contact bit, most of them have already been there and done that so maybe that’s one of the gifts of being in Auckland, is we’re at the front of the wave so to speak of the pandemic.

“Really I can’t worry about what may be. What I have to do is that I know if we have four players out with Covid we’ll postpone the game, but if we have less than that we’ll rock on and keep playing.”

Wilson admitted that it’s been a challenging situation with Covid-19 adding complications to training and preparing for what promised to already be a difficult season that’s been congested due to this year’s Commonwealth Games.

“It’s absolutely challenging … what we’ve decided to do is we’ve continued to train with the players that have been healthy and that’s always been a reasonable number that we can still get on court and still work in our units. And we’ve been able to do individual skill sets.

“I feel like I’m in a fortunate situation that there are 10 players in my team, bar one player, all nine of them have played together before in the Mystics. Really I’m in a pretty good situation where I’m comfortable that once I get on to court together that they will be able to play.”

Meanwhile, the Steel have announced a venue change for two home games this season with their round three fixture against the Stars in Dunedin on 27 March and round six clash with the Mystics in Queenstown on 17 April to now be played at ILT Stadium Southland in Invercargill.