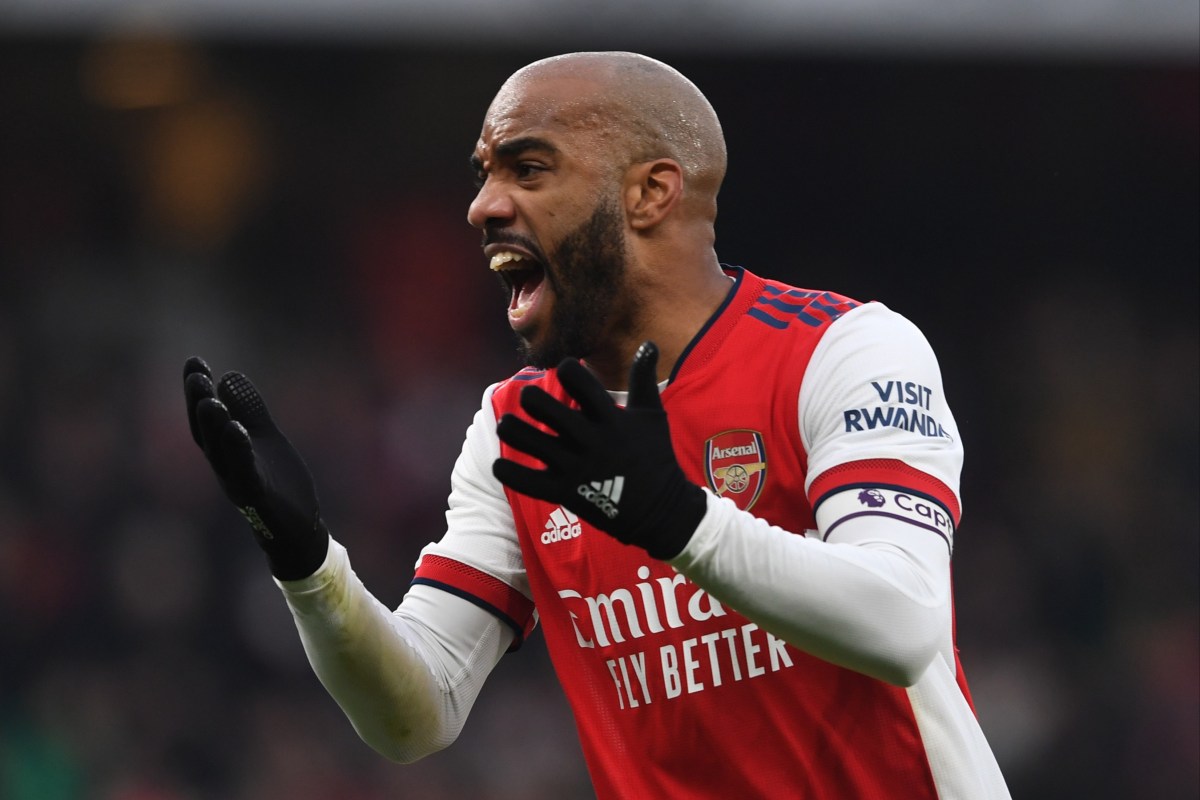 Mikel Arteta has confirmed that they will make a decision on whether they offer Alexandre Lacazette a new contract once the season has finished.

But former Gunner Nigel Winterburn has urged them to offer the Frenchman a new deal, stating that he’d ‘love him to stay’.

The ex-Lyon striker struggled for game time at the start of the season and it looked like he would be definiely leave the club once his contract expired in the summer.

However, after Pierre-Emerick Aubameyang left north London for Barcelona in January, Lacazette has been one of Arteta’s key players.

And the Spanish boss confirms that they will decide whether to keep the 30-year-old once the current campaign is over.

“We have discussions, as you know, and at the end of the season, once we know where we are, we will make a decision altogether,” Arteta said.

“I don’t want anyone to think about something else that is not that. The decision, we agreed, is to do it in the summer and we’re going to do it as soon as the season is finished.”

“That’s what we’re going to have to do.”

And Winterburn, who played 440 league games for Arsenal between 1987 and 2000, believes that Lacazette should be kept at the club – not only for his qualities on the pitch, but off it too.

“I’ve been quite clear throughout this entire campaign that Alexandre Lacazette is a player I really like,” he told Paddy Power.

“He’s Arsenal’s best center-forward for linking up play, even when Pierre- Emerick Aubameyang was at the club. He wasn’t getting a lot of game time though.

“In terms of getting Lacazette to sign a new contract, there are two scenarios [that could prevent him]. It could be a case of money or lack of game time.

“I’d love him to stay. He’s a fantastic example of someone who wasn’t getting much game time, but has come in, been made captain, and leads the line well.

“He always bring energy on the pitch for us even though he’s off it.”

Bukayo Saka and Alexandre Lacazette say Mikel Arteta can have the assist for Arsenal’s third goal against Watford 😂 pic.twitter.com/ZSSwQ1TAiY

“He helps the young players around him and Arsenal have so much exciting, young attacking talent.”

“It’s interesting when people say he isn’t in form. If you looked purely at the stats, people will say his goal return should be a lot higher, but his influence on the team with what he’s doing is spot on. If he’s not scoring, he’s involved in the assists. It shows great courage and unselfishness.

Sky Bet: Place your first bet and get £30 in free bets* – CLAIM HERE