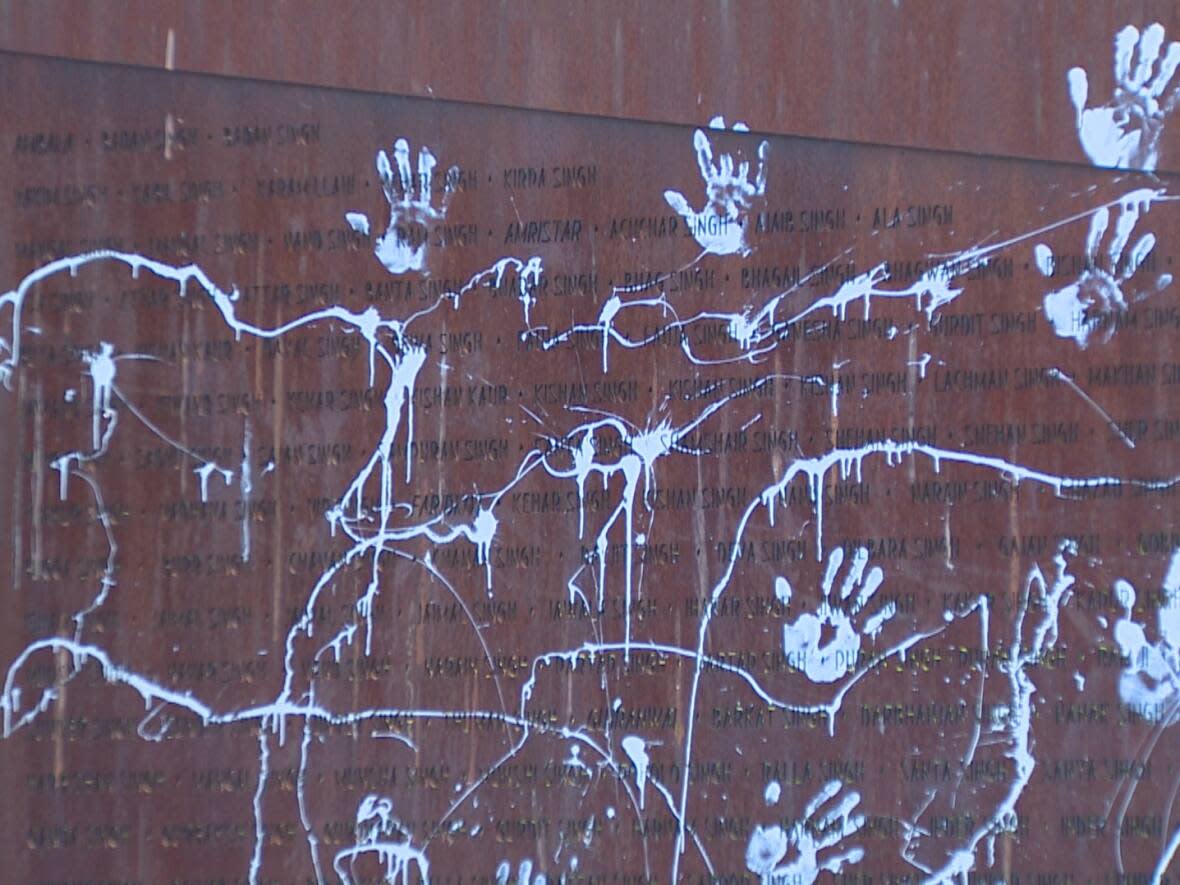 A man who allegedly defaced Vancouver’s Komagata Maru memorial in Coal Harbour has been charged with one count of mischief.

Vancouver police say the B.C. Prosecution Service approved the charge against 39-year-old Yuniar Kurniawan on Monday, and there is now a province-wide warrant for his arrest.

In August 2021, the memorial was vandalized with white paint and white hand prints.

“This crime reverberated throughout the community because of what this memorial reveals about our past and the steps we have taken to become a more inclusive community,” said Vancouver Police Department spokesperson Sgt. Steve Addison.

The Komagata Maru steamship was held at anchor in Coal Harbour for two months after arriving in Vancouver in 1914.

Nearly all of the 376 of the mostly Sikh passengers who were seeking asylum were denied entry to Canada in what the Canadian government has acknowledged was a racist act.

The ship was ultimately forced to return to India, where it was met by British soldiers. Twenty passengers were killed when a riot ensued, and others were jailed.

The memorial, which includes the names of the passengers, was installed in 2012.

Police became aware of the defacing after photos were posted on social media. It’s not the first time the memorial has been vandalized.