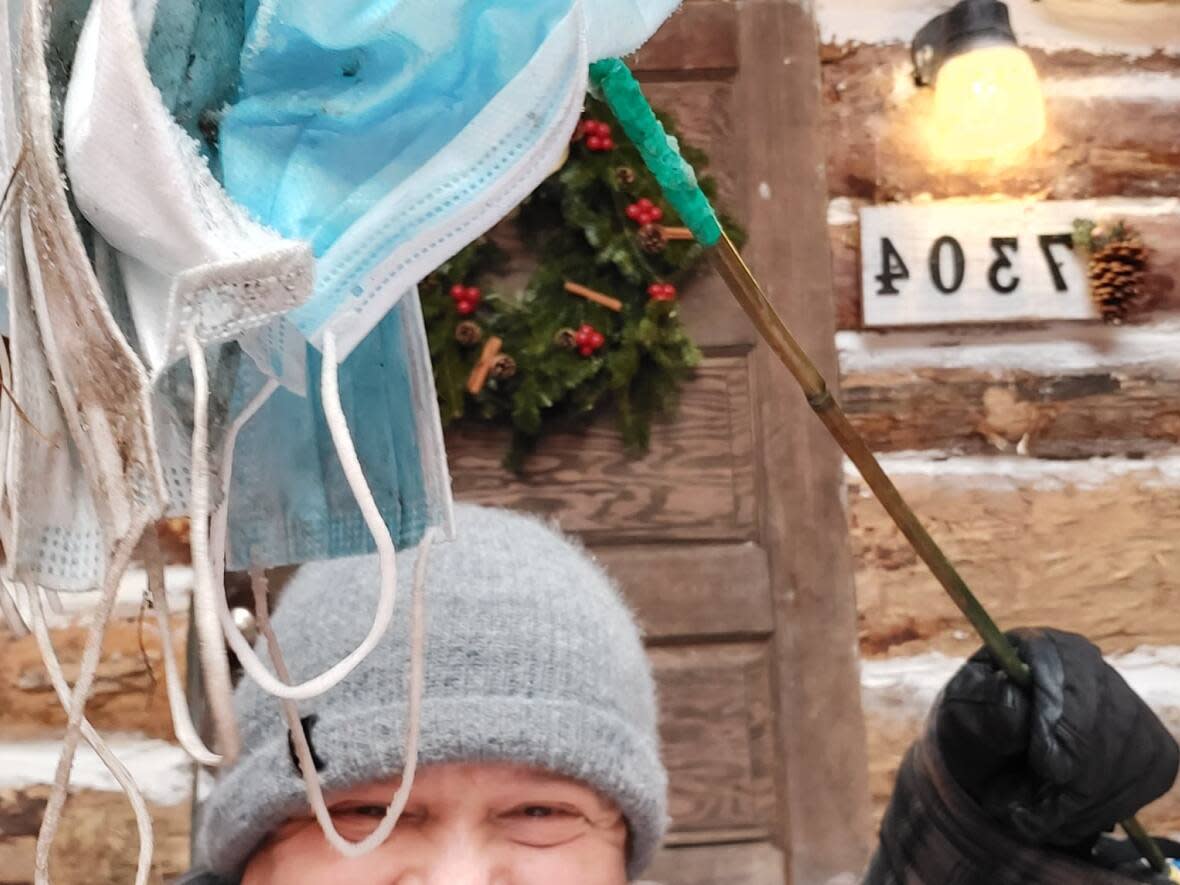 In puddles, in alleys, scattered across the street — it’s hard to look at the ground in Montreal and not eventually see a disposable mask. Jody Aveline decided to do something about it.

A year ago, Aveline decided to stop and pick up every disposable mask he saw.

Aveline started collecting masks last year while riding around the city on his bike. Every day he’d count the number he’d picked up and put it into a spreadsheet.

When he thinks of all the trash he’s seen, he said it feels like much more than 50,000 — and he finds it hard to celebrate the milestone.

“It was kind of sad, you know? I remember when I started, I remember [hitting] 10,000. I thought that was like a crazy number,” he said. “Now I’m five times that amount.”

Aveline says that, on average, he picks up about 140 masks a day — though his record is upward of 400. But looking at the numbers, Aveline was disappointed to realize that is now collecting more masks now than he did early on in the pandemic.

“People have become complacent,” he theorized. “They’re just chucking their masks more and more. And then on top of that, you have the schools … when I go by a school zone, they’re everywhere.”

While he used to take all the masks apart, to make sure they were disposed of properly, he said there are simply too many to handle now. But he still makes sure to cut the elastics, to make sure animals won’t get caught in the masks.

Aveline says he’s had to chase down animals to keep them from getting tangled.

“At the Douglas Hospital, there’s a huge ground where there’s fields and whatnot and the geese are [often] there,” he said. “I would literally have to run after the geese to get them away from these masks!”

“So why are you losing your masks?”