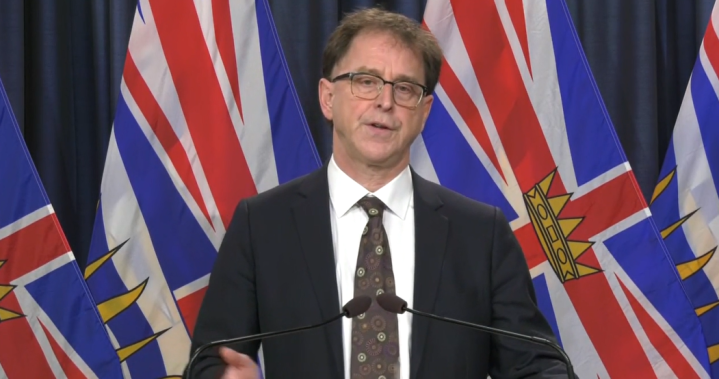 At least 530 scheduled, non-urgent surgeries were postponed in B.C. last week to help ease the burden on hospitals and health-care workers during the COVID-19 pandemic.

In December, Health Minister Adrian Dix announced that elective surgeries would be delayed, starting in January, as the Omicron variant drove a surge in cases throughout the province.

“No one in health care, no member of any surgical team, no one who has trained and whose life’s work it is to get patients the surgery they need, wants to call a patient and tell them their surgery is postponed,” Dix said in a Tuesday briefing.

“This week, we know this is happening in significant numbers across B.C. … and it’s happening because of COVID-19.”

From Jan. 2-8, 234 elective surgeries were postponed in Island Health, 162 in Interior Health, 75 in Fraser Health, 35 in Vancouver Coastal Health, 21 at the Provincial Health Services Authority, and three in Northern Health.

Each one will be rescheduled, said Dix, but the province won’t reevaluate the postponements on a case-by-case basis.

“The decisions about surgical postponements or changes or when surgeries take place, are decisions made by doctors, and I think that’s the important issue here,” he explained.

“So when you ask, ‘Will we change the way we do that?’, the answer is no, in the sense that we’re going to continue to support our medical teams in making appropriate decisions around surgeries.”

2:17
Concern grows for Maple Ridge girl whose surgery is delayed

Concern grows for Maple Ridge girl whose surgery is delayed

The minister’s answer comes after a mother and daughter in Maple Ridge called on the province to consider individual patient history when deciding whether a surgery is urgent.

Five-year-old Jocelyn Ellison has a genetic deformity that causes constant urinary tract infections. Her doctors hoped that surgically removing the deformity — a ureteral stump — would stop the UTIs, but that operation was recently delayed.

“The pain hurts because I have to go to the hospital to get a lot of needles,” Jocelyn told Global News on Monday. “And my kidneys are a bit hurt on the side and it makes me feel sad. I get all the tubes in me.”

Jocelyn has already had one kidney removed because of the scarring caused by the infections. She just started kindergarten, and mother Caylie Valley said the pain and doctor appointments are already disrupting her education.

“I’ve seen her go through so much and I’ve seen her already lose a kidney, so with that in her history, I didn’t realize she would be on the elective list for surgery. I thought she would be more on the urgent list,” said Valley.

Dix declined to address Jocelyn’s case on Tuesday because of privacy reasons, but said the decision to postpone non-urgent surgeries was “very challenging.” To date, B.C.’s surgical renewal plan has been “exceptional,” he added.

“All of them will be renewed,” Dix vowed again. “On individual cases, I would say this: We obviously engage with people on those questions, but we obviously don’t engage in public.”

2:14
Thousands of non-urgent B.C. surgeries to be postponed in new year

December’s decision to postpone non-urgent surgeries was taken to help relieve a “significant staffing issue,” Dix said at the time. From Dec. 12-19, 6,871 surgeries were completed in B.C. — 168 fewer than in the same week, pre-pandemic.

COVID-19: No change to B.C.’s restrictions but province might soon see decline in infections

Between Jan. 3 and 9, health authorities reported 27,937 shifts missed because of health-care worker illness, including COVID-19, symptoms appearing to be COVID-19, and other ailments.

The province was not able to immediately provide a comparison of reported missed shifts last year, or before the pandemic started.