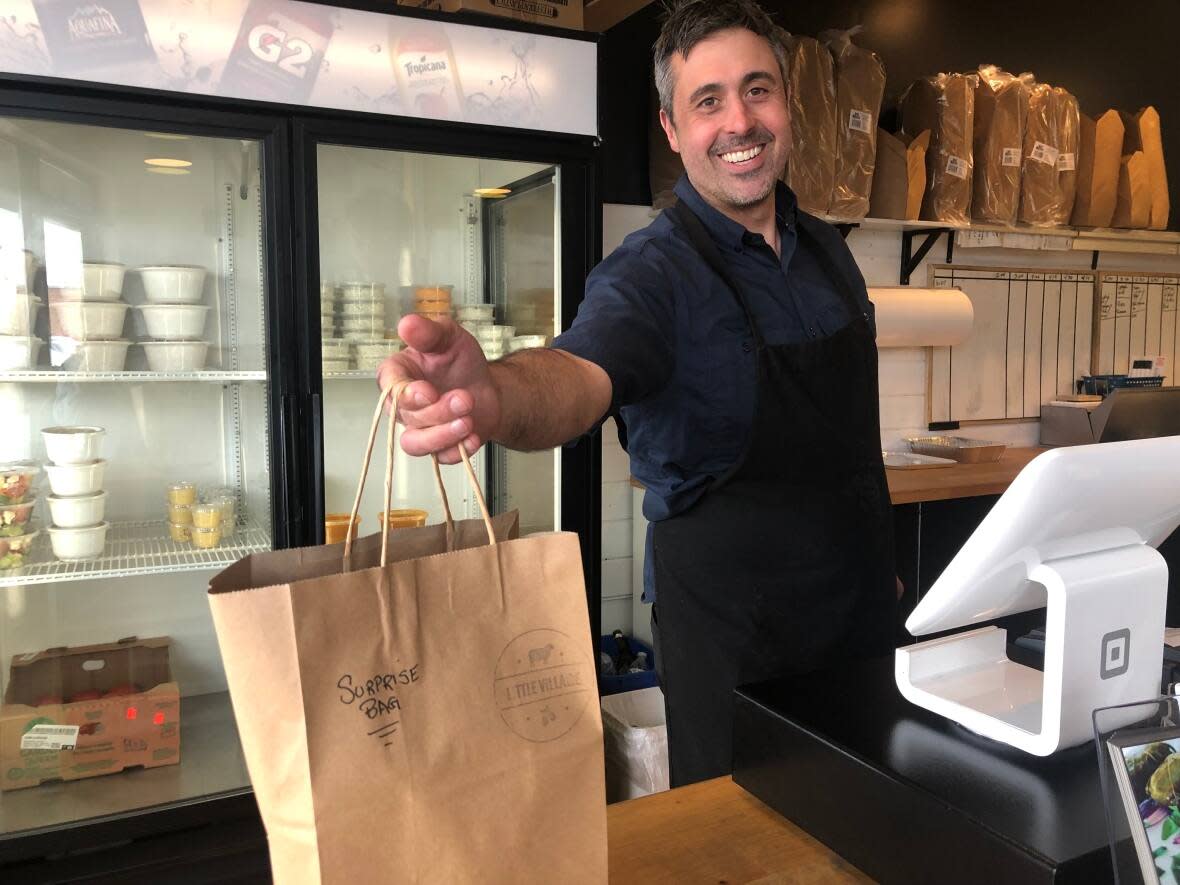 A new app is giving Edmonton’s restaurants a tool to cut back on food waste.

Too Good To Go frames itself as a way to save surplus food at restaurants, bakeries and grocery stores, offering up items that would normally go to waste in heavily discounted surprise bags.

“I was a little reluctant at first because I’m just like, oh my god, it’s another thing to manage,” said Theo Psalios, owner of Little Village, a Greek restaurant on Stony Plain Road.

Psalios officially started using the app May 17, putting up three surprise bags for grabs. Within 30 minutes, they were claimed.

“I hate throwing away food … Sometimes you’ve got a product, it just doesn’t sell and it goes in the bins,” he said. “I feel much better selling it or having it consumed by somebody.”

LISTEN | Edmonton restaurants, bakeries and grocery stores are trying to cut down on food waste:

Sam Kashani is the country manager for Too Good To Go Canada which has been introduced in Edmonton, Toronto, Montreal, Calgary, Quebec City and Vancouver.

According to Second Harvest — the largest food rescue organization in Canada — more than 50 per cent of the food produced in the country is wasted. Kashani says it adds up to more than $700 a year in the average home.

“Our platform is one way to really democratize the fight against food waste, get everybody available and possible to be able to make a difference and save a single meal that can really make a meaningful difference,” he said.

Kinnikinnick Foods, a gluten-free commercial bakery that operates a storefront in Edmonton, has been offering $18 worth of product for $6 on the app.

“We can use it in other ways to maybe put things in people’s mouths that they haven’t otherwise tried. And we know that that really works, ” said Michaelides.

“You know, people haven’t tried our products, but once they taste them, they’ll come back for more … It’s a no-brainer for us.”

So far in Edmonton, Kashani said more than 100 businesses have signed up for the app.

“I think it’s a brilliant idea just because we need to do the little things to save whatever food waste we can save,” said Aman Bindra, who owns Spice Centre in Mill Woods along with his family.

A surprise bag from Spice Centre can include pantry staples, fresh fruit and other items that are past their best before date.

“A lot of times [business owners] want to do good things, but we don’t have time. When you simplify things so that business owners can take advantage of it without having to put too much effort, it just makes this much easier,” he said.