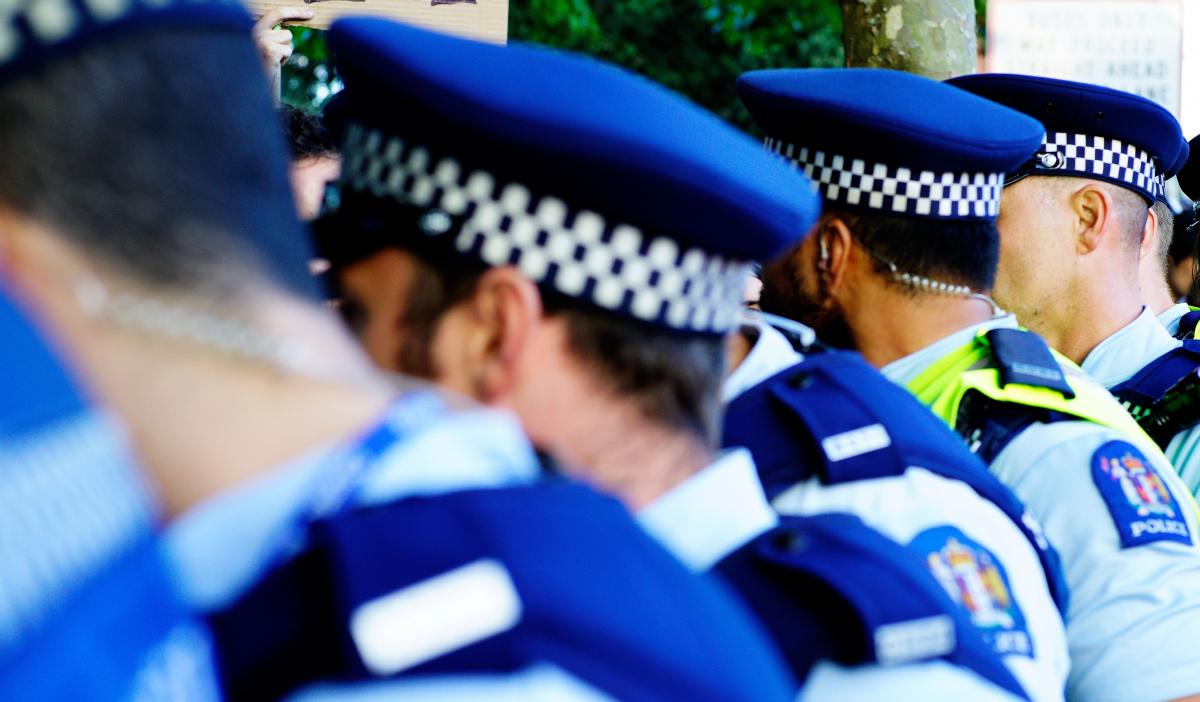 More than $550 million in funding for more frontline police, a new firearms unit and a package to help businesses protect themselves from ram raids has been promised today in a Government Budget pre-announcement.

Police and Corrections will get $562 million over four years.

Williams said there would be help to support businesses to protect themselves from ram raiders – something that has become an increasing problem in recent months. However, there were no specific details.

Williams said the ministers were working on what measures it would offer, but had more work to do including consulting small businesses.

“We will be taking action to combat the recent rise in ram raids. Similar to the process that supported the installation of 1000 fog cannons in retail outlets, we will help high-risk businesses protect themselves from ram raiders,” Williams said.

“Ram raids are a serious issue and we need to deal with it.”

However, she said it was now outside the period in which the Budget was set, so funding was yet to be allocated.

“We are working at speed to put this in place.”

Williams said including ram raid action in the announcement today despite not having a Budget allocation for it was to send a commitment to business that the Government was going to work on the issue.

She said it would be similar to the process by which fog cannons were used in retail areas – but it would not involve fog cannons. There were a range of measures that could be taken but it needed to consult on what small businesses actually wanted.

The package includes $94 million for efforts to tackle gangs and organised crime – which WIlliams said was on top of the current gang operations, Operation Tauwhiro and the newly launched Operation Cobalt.

Williams said the arrival of “501s” from Australia had made organised crime “more overt and sophisticated”.

She said the Government would address “social factors” that lead to people joining gangs in the first place.

The new funding toward gang and organised crime was to try to address the reasons people joined gangs, while Operation Tauwhiro and Operation Cobalt were mainly about enforcement and trying to disrupt gangs.

As part of the package, $208 million will go for a new firearms unit within police, which Williams said was a follow-through to the ban on semi-automatic weapons and tightening of gun registration laws.

“The unit will have oversight of implementing the significant and ongoing Arms Act legislative changes which overseas examples tell us are central to reducing gun crime over time,” Williams said.

She said the new firearms unit was part of trying to ensure firearms did not fall into the wrong hands.

“It will be a dedicated firearms regulator” and would be responsible for tracing the origin of firearms used in offences and monitoring the register.

Williams said there was 30-year deficit in which there had not been such a register and it was important to know who owned which firearms.

“We needed much more stringent controls and we needed a register in place. We have no idea how many firearms are in our community. We have to start somewhere.”

It was one of the recommendations of the review after the Christchurch mosque terror shootings.

A further $164.6 million in operating cash and $20.7 million capital funding over four years will be used to expand the Tactical Response Model – which ensures police are trained and equipped to the standard of the Armed Offenders Squad officers.

Williams said the first priority for the police budget was increasing the number of police on the frontline – and keeping them high.

“When we took office, turning around declining police numbers was our number one priority. Once we achieve our goal of an extra 1800 police officers later this year, we will ensure numbers don’t fall away again by maintaining an ongoing ratio of one police officer to every 480 New Zealanders.

She said the previous policy of 1800 more police would be reached by the end of this year – six months earlier than planned. From then, funding would be provided to ensure police numbers stayed at the level of one officer for every 480 people.

Williams said they did not expect to have trouble recruiting more police: “It is a very popular career.”

The announcement comes as Labour tries to fend off National’s claims it is “soft on crime” amid rising concern about gang, guns and crimes such as ram raids.

Corrections Minister Kelvin Davis said it was also important to try to break the cycle of crime.

He said the increase in youth crime and ram raids was a spike but not a trend. Asked if he believed the same was true of brazen gang warfare, he said he didn’t want to speculate.

“Those people who commit violent crime are being locked up,” he said, explaining the number of gang members in prison has increased and “that’s a good thing”.

“The people who should be in prison are in prison.”

“Larger prison populations are not a sign of success, they are a mark of failure. The majority of offenders have previously been in jail so if we want less crime, we must have less reoffending,” Davis said.

Justice Minister Kris Faafoi said there were now 1411 more police on the frontline than when Labour took office in 2017 – the highest number in history. He said youth crime had also dropped and there were 3083 fewer people in our prisons.

“But there is more to do. In recent years we have seen increases in gun crime, gang activity and even more recently some forms of youth offending that puts both our communities and our police at risk and we must address that.”

Faafoi said the package of law and order measures built on prior Budgets – noting total crime had remained relatively static since 2014.

“We have the largest police force ever but there is always more to do.”

Davis said after inheriting a prison population that was “bursting at the seams” and National’s plan for a “mega-prison” it had reversed those forecasts.

He said that had been done safely – and serious criminals were still locked up.

Davis said over the past four years there were 1200 fewer Māori people in prison. Women’s prison populations had halved, he said.

“If we want less serious crime, we must continue to reduce reoffending. We will deliver more staff across the entire Corrections network.”

ACT’s Police spokesperson and former police officer Chris Baillie claimed Labour was “scrambling to make new promises so people forget about the old ones” because crime was “exploding”.

“The Police Minister says ‘we have put 1400 extra cops on the beat’. The Prime Minister declared 1800 new police officers had been ‘promised and delivered’. That claim was subsequently shot down by Poto Williams. The Police Association says just 1273 have been recruited,” Baillie said.

“While ministers squabble about the numbers, crime on our streets has exploded, and gangs are recruiting faster than police.

“There are reports of gang crime and shootings most days and people do not feel safe in our communities.

“The Government needs to sort out its priorities and start focusing on the safety of the public and police officers.”

He said ACT would introduce Gang Control Orders to crack down on gang members.

“This would allow the police to apply to the courts for an injunction against an individual on the National Gang List, which could be used to prohibit bad behaviours including being in a particular location or associating with particular people. It could also be used to require positive actions, like attending rehabilitation.

“We would also implement a standard annual increase in the police staffing budget in line with population growth. This would provide a steady increase in funding for police recruitment over time to meet population needs and ensure that police numbers increase as they are needed, instead of leaving it to hollow political promises.”

Over the past month, youths have been alleged to have been behind a ram raid at an Auckland mall in which vehicles drove through the shopping centre and a break-in Hamilton that involved a 7-year-old.

During the recent school holidays, at least 45 children or teenagers were alleged to have been responsible for eight such crimes, Children’s Commissioner Judge Frances Eivers previously told the Herald on Sunday.

Williams described the youth crime spike as distressing and said a “whole of society” approach would be needed.

In the past two years, 109 new police staff had been employed to work in the youth space.

Mitchell has focused on gang tensions and the increase in wait times for high-priority police callouts. There were frequent reports of shootings gang tensions that were not previously a big feature of the crime scene in New Zealand, he said.

Williams has pointed to Operation Tauwhiro – the Government’s crackdown on gangs and gun violence, which started in February 2021 – as a “resounding success”.

Authorities announced in March the operation would be extended through June 2022 after more than 1500 firearms were confiscated in the first 12 months.

An analysis of the data reported by the Herald last month shows fewer firearms were discovered during that time-period than during the previous three calendar years. There were 1626 confiscations in 2018, 1790 in 2019 and 1862 confiscations in 2020.

The police were unable to say how many of the 1531 firearms were seized from gangs as a direct result of Operation Tauwhiro investigations and how many were instead the result of routine 111 police responses and other investigations.

Finance Minister Grant Robertson is set to deliver Budget 2022 on May 19.