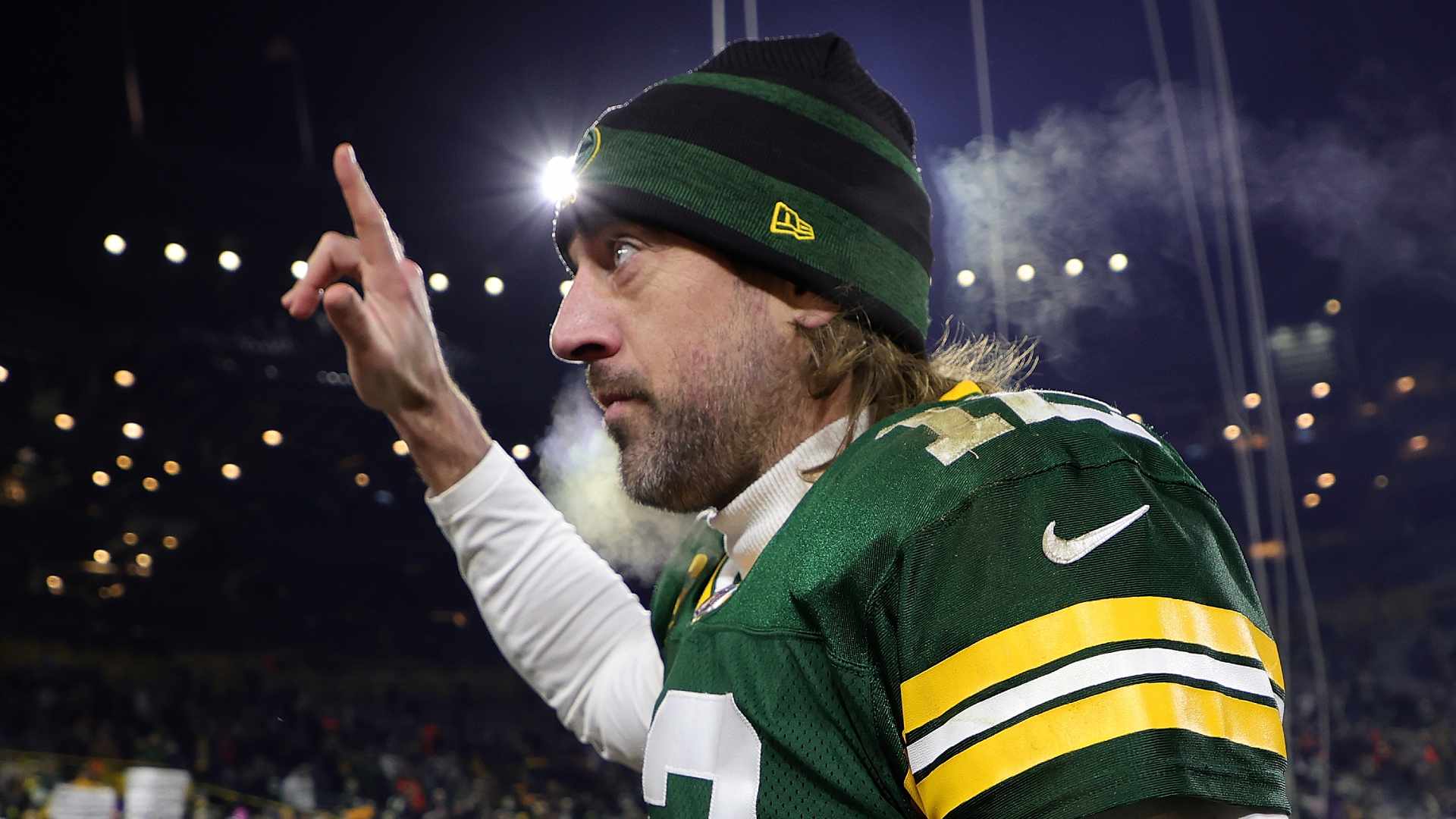 Although Aaron Rodgers is currently the front runner for the NFL’s Most Valuable Player award, Associated Press voter Hub Arkush admitted he won’t be supporting the Packers quarterback in his bid for a fourth MVP.

During a segment of Chicago radio station WSCR-AM on Friday, Arkush revealed his thoughts on Rodgers, saying he considered his off-field character in addition to his on-field performance this season in regard to MVP voting. He called Rodgers a “jerk” and compared his season to others in the race such as Colts running back Jonathan Taylor, Rams receiver Cooper Kupp and Buccaneers quarterback Tom Brady.

Rodgers has been in the news throughout the 2021 NFL season, not only for his offseason holdout from the Packers and uncertain future in Green Bay, but also because he misled reporters when discussing his vaccination status earlier in the year. Once Rodgers contracted COVID, he lashed out at those who criticized him for giving misleading comments about the COVID vaccine.

“I don’t think you can be the biggest jerk in the league and punish your team, and your organization and your fan base the way he did and be the Most Valuable Player,” Arkush said. “Has he been the most valuable on the field? Yeah, you could make that argument, but I don’t think he is clearly that much more valuable than Jonathan Taylor or Cooper Kupp or maybe even Tom Brady. So from where I sit, the rest of it is why he’s not gonna be my choice.”

Arkush is one of 50 voters who will cast their ballot to decide who receives the NFL’s MVP award. While voters aren’t supposed to reveal who they will vote for, Arkush admitted why he won’t be vote for Rodgers:

“I just think that the way he’s carried himself is inappropriate,” Arkush told WSCR-AM. “I think he’s a bad guy, and I don’t think a bad guy can be the most valuable guy at the same time.”

Rodgers has won three MVP awards and is currently sitting at -400 odds to win the award — according to ESPN — for the second consecutive season. A fourth MVP will make him the second NFL player in history, other than Peyton Manning, to win the award four times.

With the 37-10 win against the Vikings on Sunday, the Packers clinched the No. 1 seed in the NFC playoffs and secured a bye week in the first round. Rodgers told reporters following the win that he plans to start for the Packers’ final regular season matchup. Green Bay will travel to Detroit for their game against the Lions on Sunday.