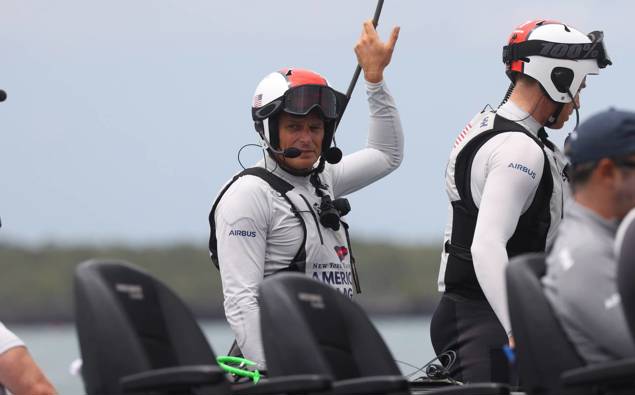 Could Dean Barker’s America’s Cup sailing career be over, at least for the next edition?

Barker is absent from the New York Yacht Club’s American Magic roster in their latest quest for the Auld Mug.

Barker helmed the 2021 challenge in Auckland and could have qualified under the tougher nationality rules because he was part of the last campaign.

The New York based syndicate failed to advance past the Prada Cup semifinals after almost sinking in a race two weeks earlier.

American Magic named their ‘core’ sailing team roster overnight with the complete sailing team and roles on the boat to be announced at a future date.

Andrew Campbell is the only returning sailor named in the core team.

Barker is one of the Cup’s great survivors – he has helmed a boat in every regatta since 2000, apart from the Deed of Gift challenge in 2010 – but after last year’s event didn’t know if he wanted to commit to another cycle.

“It is going to take some time to reflect on all of this and to decide exactly what the right thing is to do next. You just don’t give yourself a moment to think about that,” Barker said immediately after last year’s exit.

“The America’s Cup will never be out of my system,” said Barker. “[But] I can’t really say what the future holds right now. It takes its toll for sure; I’ve got four kids and a wife that have been incredibly supportive over the many years and I really need to put some time into them as well…so who knows?

“I really want to be a good dad, as well as compete, so we will see what happens.”