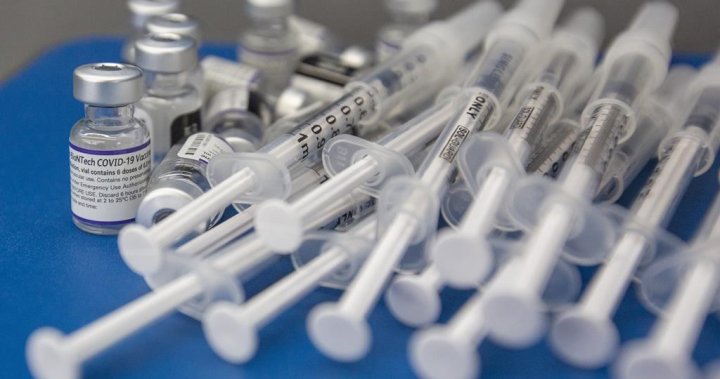 The most number of cases ever reported in a single day throughout the pandemic was on April 16 when there were 4,812 new cases amid the third wave when the province was under a strict lockdown that included a stay-at-home order and when a large portion of the population was still unvaccinated.

COVID-19: Capacity limits and gathering caps back in effect in Ontario on Sunday

However, as infections soar, patients with COVID in ICUs (intensive care units) have remained relatively stable but are overall on a slow rise. Experts have said it could take up to two weeks or more following a surge in new cases to see a sharper rise in hospitalizations/ICUs.

According to Monday’s report, 1,056 cases were recorded in Toronto, 381 in Peel Region, 310 for York Region, 273 in Ottawa, 240 in Halton and 181 in Hamilton. All other local public health units reported fewer than 150 new cases in the provincial report.

The death toll in the province has remained at 10,113 as no new deaths were reported.

As of 8 p.m. on Sunday, there are more than 11.3 million people fully immunized with two doses, which is 87.8 per cent of the aged 12 and older population. First dose coverage stands at 90.5 per cent. There are more than 1.9 million Ontarians who have received a booster shot.

For young children aged five to 11, first dose coverage stands at 37.4 per cent — 403,153 doses out of just over 1 million eligible children.

Meanwhile, 620,023 Ontario residents were reported to have recovered from COVID-19, which is 96 per cent of known cases. Resolved cases increased by 1,040 from the previous day.

The government said 44,123 tests were processed in the previous 24 hours. There are 40,962 tests currently under investigation.

Ontario Health officials have recently said intensive care occupancy can hit between 250 or 300 patients with COVID before the health care system would be impacted and require ramping down some non-urgent surgeries and procedures.

In the third wave peak, which was the worst wave for hospitalizations, the province saw as many as 900 patients in ICUs with COVID and almost 2,400 in general hospital wards.

Provincial officials noted this new dataset with vaccination status for hospitalizations will grow and improve over time as more information is collected. There may also be a discrepancy due to how and when the information for both is collected.