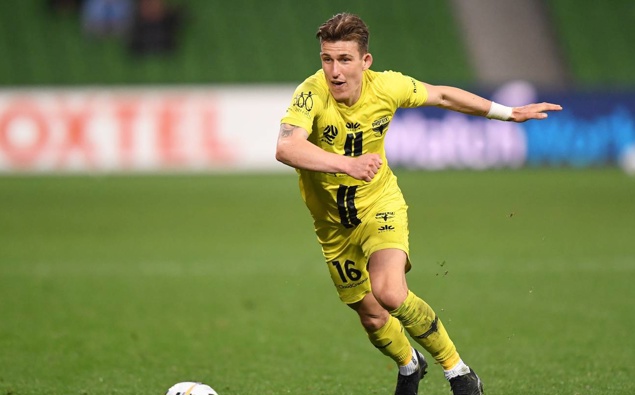 Louis Fenton has announced his retirement from professional football at the age of 29.

The seven-cap All White has played more than 150 matches for the club, with only Andrew Durante, Vince Lia, Manny Muscat and Ben Sigmund having pulled on the team’s colours more often.

Over the past 10 years, the defender has struggled with injuries, including countless shoulder dislocations and a compound fracture in his foot.

But being forced to live in Australia for the best part of two years due to Covid-19 took its toll on Fenton mentally, with the right back deciding he’s had enough.

“It’s been on my mind the last two years,” Fenton said. “Being away from my family and my partner has made me think about life after football.

Fenton is moving to Brisbane to finish his degree in property development and do some work experience in the city before returning home to Wellington, where he runs a barbershop with his brother.

“Maybe 29 is young to be retiring but I feel like in my career I’ve been through a lot. A lot of injuries and a lot of ups and downs.

“I feel like I’m going out at a great time while my body’s in decent condition.

“Injuries are part of the story. They’ve made me tougher mentally and it’s all part of the experience. You have a lot of lows but that makes the highs even better.”

As a born and bred Wellingtonian, Fenton’s family were Phoenix season ticket holders when he was a kid.

“Getting to play professional football was my dream. I grew up supporting the club and the club’s become such a big part of my life and part of the person I am now.

“Probably the highlights are playing in front of friends and family and the people I’ve met along the way. I’ve been lucky enough to make friends for life. I know that’s cliché but it’s true.

“I’m thankful for the club giving me the opportunity to play professional football.”

He now wants to be a Phoenix fan again.

“At the moment I’ve got no interest in playing at any level. I’ve given all of my boots away so I’m not playing again anytime soon.

“I don’t want to get involved in coaching or anything. I just want to support the club.”

Phoenix coach Ufuk Talay hailed Fenton as “an icon of the club”.

“I love Louis because first and foremost he’s a top, top person,” Talay said. “He’s a great character and I always know what I’m going to get from Louis. He’ll always run through a brick wall for the team.

“That’s something that coaches love to have. A player that’s willing to give everything for the team to get the outcome that they need. That’s at times sacrificing your body and that’s the person Louis is.”

Talay says Fenton is going to be hard to replace.

“He shows that whatever challenge you face you can push through. As long as your mentality is strong you can do anything.

“He’s a great character, a great person and also a great footballer that’s been hindered a lot with all of his injuries.”

After five appearances off the bench to start the 2020/21 season, Fenton started the Phoenix’s next 18 A-League matches, scoring two goals and creating two others.

Fenton featured in a further 26 matches in his final campaign, helping the Nix make the top six of the A-League and the semifinals of the FFA Cup.