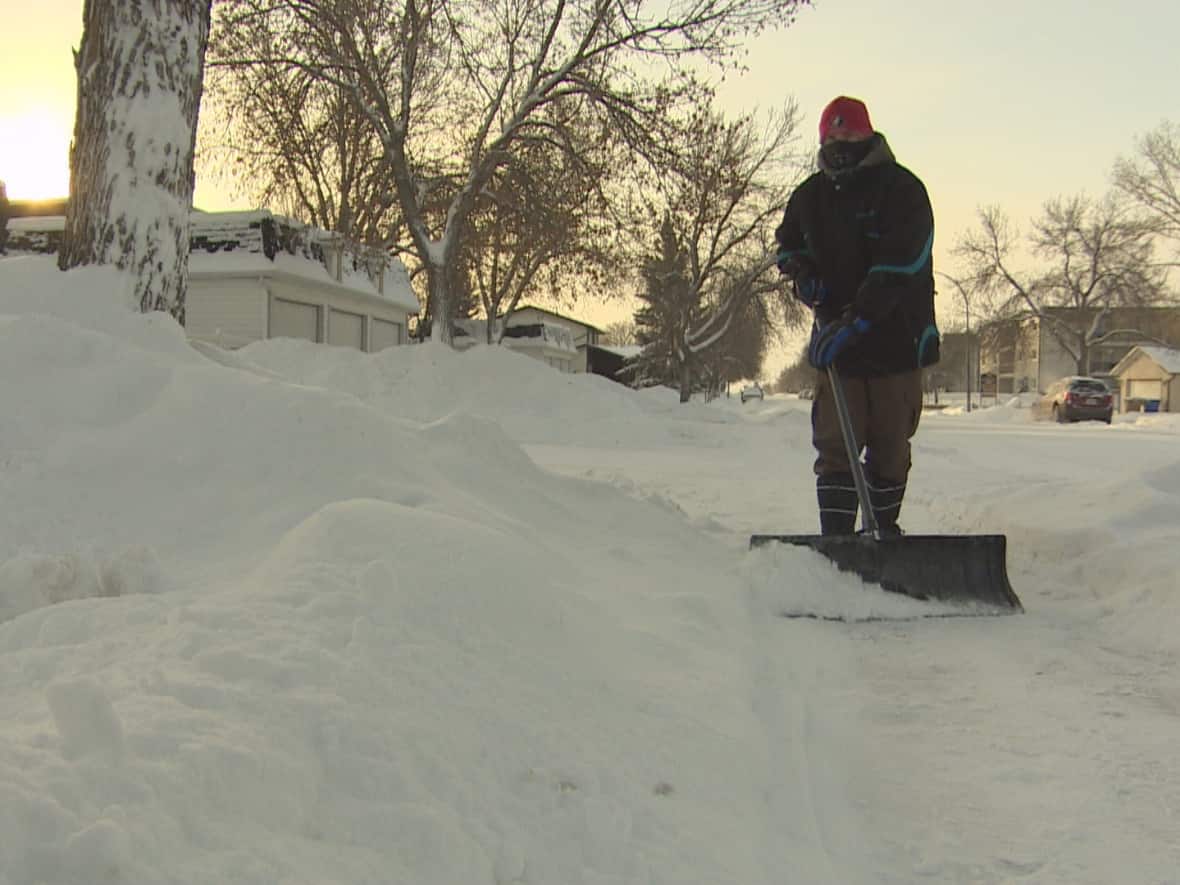 On Wednesday — under extreme cold conditions — the clock started ticking for people to comply with Regina’s new snow-clearing bylaw.

The city received about six to eight centimetres of snow on Jan. 4, the first snowfall of 2022, with another five centimetres expected on Friday.

As of Jan. 1, all property owners in the city are required to clear their sidewalks within 48 hours of a snowfall. Regina city council passed the bylaw in October.

Sidewalks must be kept free from snow and ice, as close to the edges and down to the concrete as possible.

The city also reminds people to put the snow on their own property, and not to shovel or blow it onto the street. Snow can also be placed along the road next to the sidewalk, as long as it doesn’t affect traffic lanes or cover storm drains.

There will not be any fines handed out in the first year of the bylaw, as the city is focused on public awareness.

City administration said in October the need for additional bylaw officers will be determined based on residents’ compliance and will be reassessed in 2023.

We have a lot more people requesting help, probably because of the bylaw. – Linda Rattray, Cathedral Snow Angels

The Cathedral Snow Angels program has been serving the Cathedral Village neighbourhood in Regina for three winters.

Volunteers in the area are matched with people asking for help to clear snow around their homes.

“We have a lot more people requesting help, probably because of the bylaw, and also because our program is becoming more well known,” said Linda Rattray with the Cathedral Area Community Association.

The program currently has 35 volunteers helping remove snow for 25 people in the area.

“We’ve been very fortunate that in all three years we’ve had more people volunteering to remove snow than we’ve had people requesting help,” she said.

She noted volunteers usually attend to snow clearing within 24 hours of snowfall. With the bylaw, they will now ensure all work is done within 48 hours.

Rattray said the association has heard concerns, even from people outside the area, who are worried about being able to comply with the bylaw.

“We’ve had seniors or people with disabilities say that they don’t know how they’re going to remain in their houses because they can’t afford to pay someone to shovel,” she said.

“Luckily, the city is giving a grace year … they’re not going to be issuing tickets.”