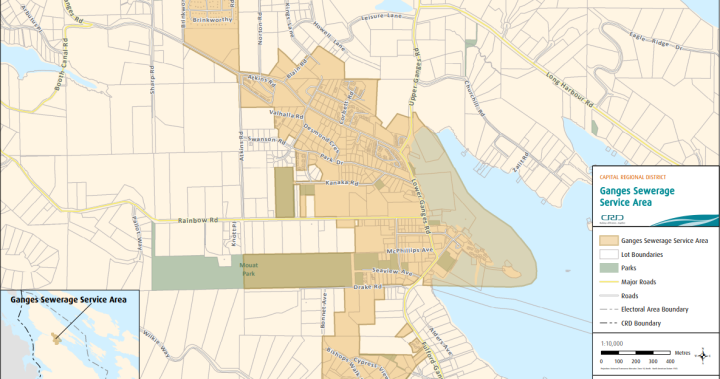 Residents of Salt Spring Island are being asked to use caution in the community of Ganges after a wastewater spill at the local treatment plant on Sunday.

A mechanical failure of the above-ground piping system — likely due to cold temperatures — was the root cause of the spill, the Capital Regional District (CRD) said in a news release.

It did not specify how much wastewater was leaked but said some sewage ran overland and entered the stormwater system leading from the facility to Ganges Creek and Ganges Harbour.

“As a result of this discharge, residents are advised to avoid contacting the affected areas where the spill occurred as well as avoid entering the waters along the affected shorelines, as the wastewater may pose a health risk,” the CRD said in the release.

Crews have already completed cleanup efforts, it added, cordoned off the affected area and posted warning signs. Health advisory signs will remain in place until environmental sample results indicate there is no public health risk.

Global News has requested comment from the CRD on this story. The CRD is a regional government serving 13 municipalities and three electoral areas on southern Vancouver Island and the Gulf Islands.