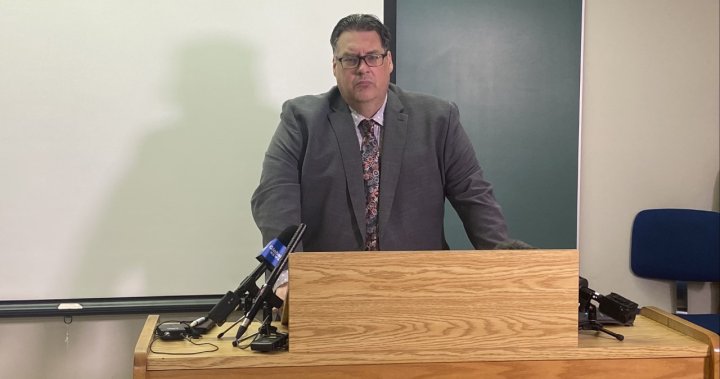 New Brunswick requires a more robust data system for its Department of Social Development to effectively measure the impact of its programs on the rights of children with disabilities, according to the provincial child and youth advocate.

That’s one of the recommendations from the 2022 State of the Child Report, released by Kelly Lamrock Tuesday in Moncton.

“Anytime we talk about children’s rights, if we cannot access them with urgency, then the rights are simply words on a page,” Lamrock said.

Lamrock recommends the province review the Child and Youth Well-Being Act in June 2025, with a dedicated focus to advance the rights of children with disabilities.

Other recommendations pinpointed in the 58-page document include calls for the province to take the necessary steps to create a level playing field and equal opportunities for children with disabilities.

Lamrock also pointed to concerns caused by the COVID-19 pandemic and its impact on children, particularly their mental health.

Rates of suicide among youth have gone up since 2016  to 19 children for every 10,000, from just over 14 per 10,000, said Lamrock. He added the rate for young males is four times as much as that of females. For Aboriginal and First Nation youth, he said, the rate is 15 times as much as others.

With help from the Department of Education and Early Childhood Development, Lamrock plans to carry out a study to determine whether the pandemic has caused learning gaps in New Brunswick.

“The increase in youth suicide rates and the problems we are hearing in the mental system are preoccupying me a great deal, so that and the learning gap in the education system, I think will be the priorities out of here,” Lamrock remarked.

Lexi Daken’s family 1 year later and how the N.B. teen’s legacy is now helping others

The report also recommends a review to determine measures that can be taken to better protect children’s rights during prosecutions, particularly regarding prosecuting children with neurodevelopmental delays.

When asked about the timeline for implementing the recommendations, Lamrock noted some items will require more time, but said changes do not have to be large to have significance.

“For ministers, you’re trying to direct a plane, but other people are the ones who know how to fly it and its incredibly challenging, but these little things someone can just say ‘for God sake do it.’”