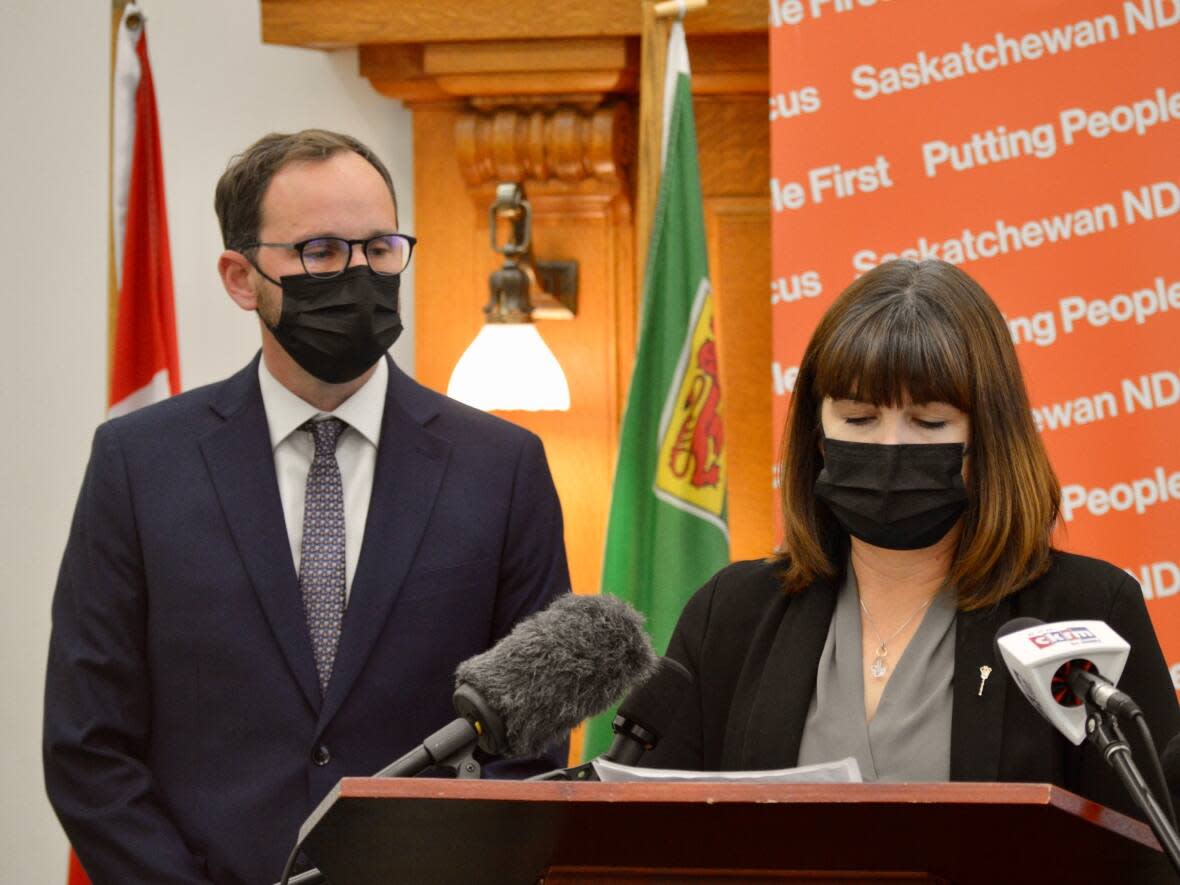 Saskatchewan’s Opposition NDP is calling for a delay to in-class learning amid the spread of the Omicron variant.

Some students went back to school on Monday, while most others are set to return on Tuesday.

However, elsewhere across the country, in-class learning is on pause — including in Ontario, where it was announced Monday that students will learn remotely for the next two weeks.

In the provincial government’s latest COVID-19 update, which was released last Friday, health officials posted a record 735 new cases. Of those, 117 were confirmed Omicron cases and another 1,355 were considered probable.

In response to the rising COVID-19 numbers, NDP education critic Carla Beck said she would like to see classes delayed by at least one week.

“We all want students to be in school, but hoping without a plan is going to land us in the same position we were in with the fourth wave — and I don’t think that’s something anyone wants,” she said during Monday’s news conference.

The NDP’s hope is that an extra week would give the province time to come up with a new comprehensive back-to-school plan for school divisions to follow.

However, the Saskatchewan government said it has a plan in place that includes sending 250,000 rapid tests to schools across the province — on top of the disposable, medical-grade surgical masks already available in classrooms.

“These significant measures will support the continuation of in-class learning as we continue to learn with COVID-19 in our daily lives,” the province said in an emailed statement to CBC News Monday afternoon.

Students urged to rapid test before returning to school

As students head back to in-class learning this week, major school divisions in Regina and Saskatoon are out with notes to families.

The Catholic divisions in both cities said there are no new COVID-19 measures in place this week; the only changes come from the province’s new testing and isolation requirements. Those include not requiring a PCR test, should a someone be positive for the virus through a rapid test, and only having to isolate for five days instead of 10, if asymptomatic and positive.

“We are waiting for clarification from public health and the Ministry of Education as to how this will specifically affect the education sector, including any changes to contact tracing,” the Regina Catholic School Division wrote in its letter to families on Monday.

The cities’ Catholic divisions also reminded families about the available rapid tests, which can be picked up at schools, along with places like libraries and some Co-op stores across the province.

Similar messages were also issued by Regina and Saskatoon’s public school divisions. However, they also encouraged students to get vaccinated and to take a rapid test before returning to in-class learning on Tuesday.

Saskatoon Public added that students are now required to notify their school should they test positive through an at-home rapid test.

“Once reported, the school will send a letter to the impacted class(es) making students and families aware that there has been a positive case in the classroom, as we have done previously with presumptive cases,” the Saskatoon Public School Division wrote in a letter to parents Monday, noting all personal information will be kept private.

Online classes are also being offered to Saskatoon Public students, amd the deadline to sign up is this coming Friday. Remote learning in that division is slated to begin Jan. 31.