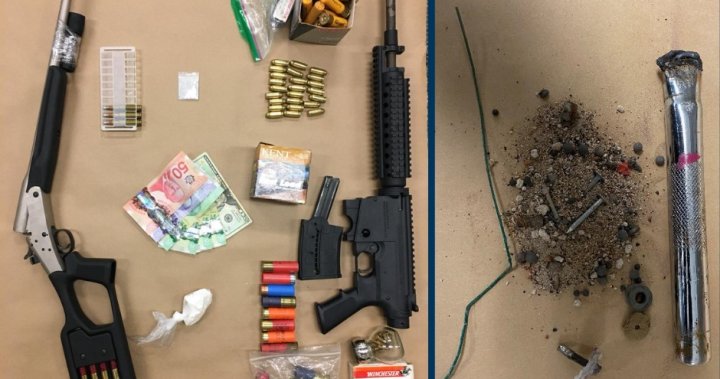 The Saskatoon Police Service (SPS) Crime Reduction Team (CRT) seized a number of items during the execution of a search warrant on Wednesday, including a pipe bomb and ammunition.

According to a release, the SPS Tactical Support Unit executed a warrant in the 200 block of Fairmont Drive at 9:15 p.m.

A 41-year-old woman and two men, ages 31 and 63, were arrested without further incident.

The SPS Explosive Disposal Unit was called in to take control of the device safely, according to the release.

All three people are facing a number of charges related to firearms, ammunition, possession of an explosive device and drug-related offences.