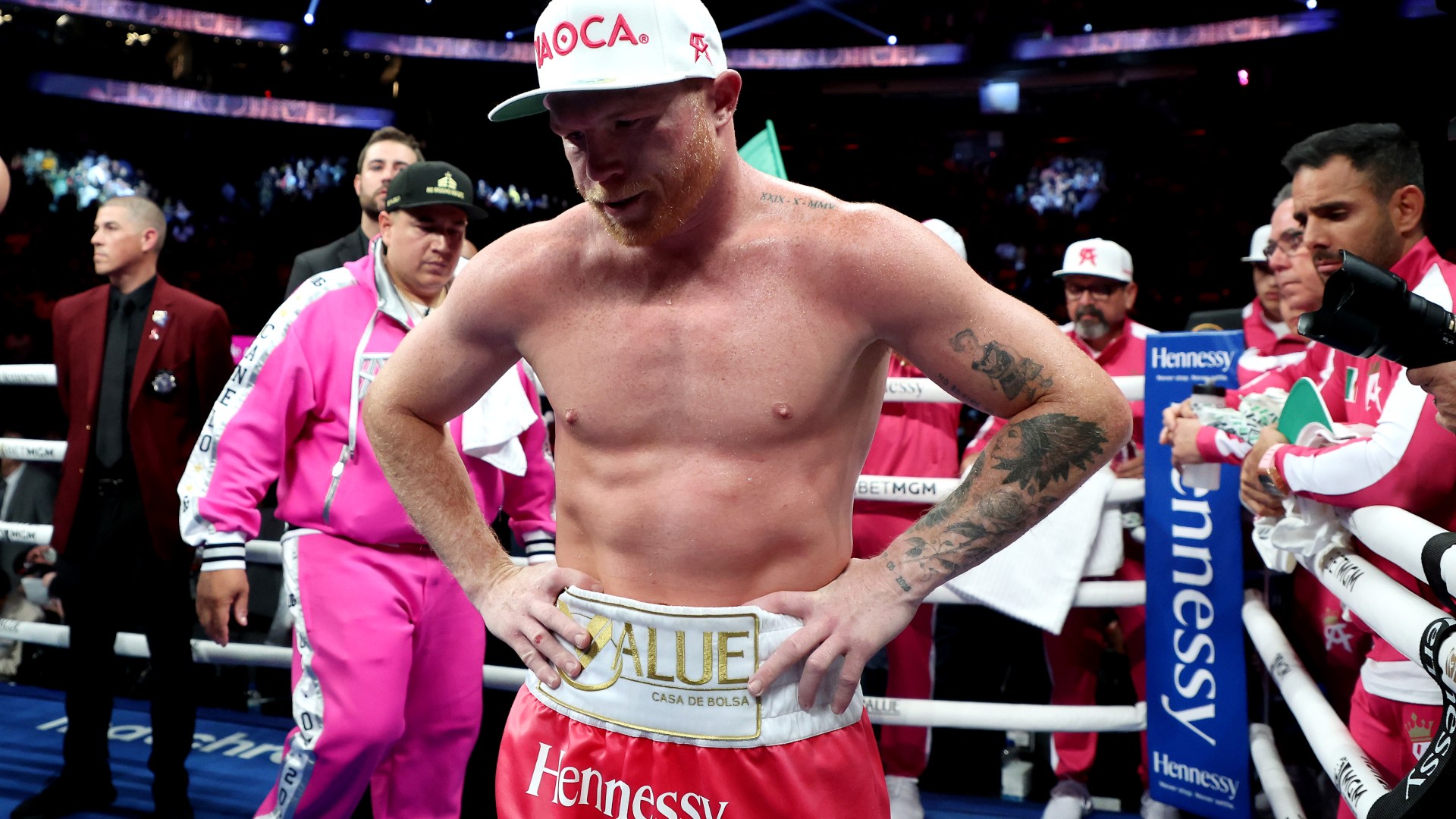 Saul ‘Canelo’ Alvarez failed in his attempt to dethrone Dmitry Bivol of his WBA light-heavyweight title.

All three judges scored the contest 115-113 after 12 rounds but most observers had Bivol winning by a wider margin in truth.

Canelo is the pound-for-pound king in boxing today but Bivol masterfully picked his moments and punched in bunches to stifle the box office star.

Bivol showed he was happy to keep the distance early on and indicated he wanted to do his work on the outside.

However, Canelo was happy to walk the champion down too and went to work with his trademark body shots early with a right hand digging in the solar plexus in particular.

Into the second round and Bivol was trying to get his jab in a rhythm and while Canelo blocked the vast majority, it did prevent the Mexican walking forward like he prefers.

Still, Alvarez was landing power punches at a far higher clip in the early rounds as his right hands thudded throughout the MGM Grand in Las Vegas. Bivol was active and looked to work Canelo’s head, but the undisputed champion at 168lbs didn’t let much through.

Bivol was landing on Canelo more than most opponents do and his game plan was very clear: Plenty of jabs and straights down the middle and throw them in bunches.

Canelo landed a massive uppercut at the end of round four and Bivol had done some solid work earlier in that round, but the uppercut was fast becoming Canelo’s best shot against the tight defence of the Russian.

Bivol was under pressure at the start of the fifth, but he eventually backed Canelo up against the ropes and unleashed a huge flurry of straights and hooks on the Mexican. He landed some big shots through Canelo’s guard, too, but the Mexican simply stood on the ropes and welcomed more on, but Bivol resisted.

At the end of round seven, Bivol went lunging for Canelo with a flurry of straights and caught off-balance, Canelo bounced back into the ropes. Earlier in the round, Canelo had been doing good work pressuring Bivol but the Russian just kept catching Canelo with one-twos.

Canelo won his first clear round in a while in the ninth and he quite clearly stepped on the gas. The tenth was quieter and could have gone either way, but the championship rounds begged for a grandstand finish from the pound-for-pound king.

However, it was Bivol who was frustrating Canelo. He looked spritely with his combinations and once he decided he was unloading a tirade, Canelo had to sit and wait out the storm. Or, at least he chose to.

During one time of Bivol storming Canelo down, the Mexican stood his ground and nearly suplexed the champion on his head.

Canelo tried to exert the pressure in the dying stages but Bivol looked strong throughout and the last barrage never truly came.

Bivol landed 152 punches compared to Canelo’s 84. The Mexican accepted the unanimous decision but did insist he’d be exercising his rematch clause in the contract and Bivol said he is happy to oblige him.