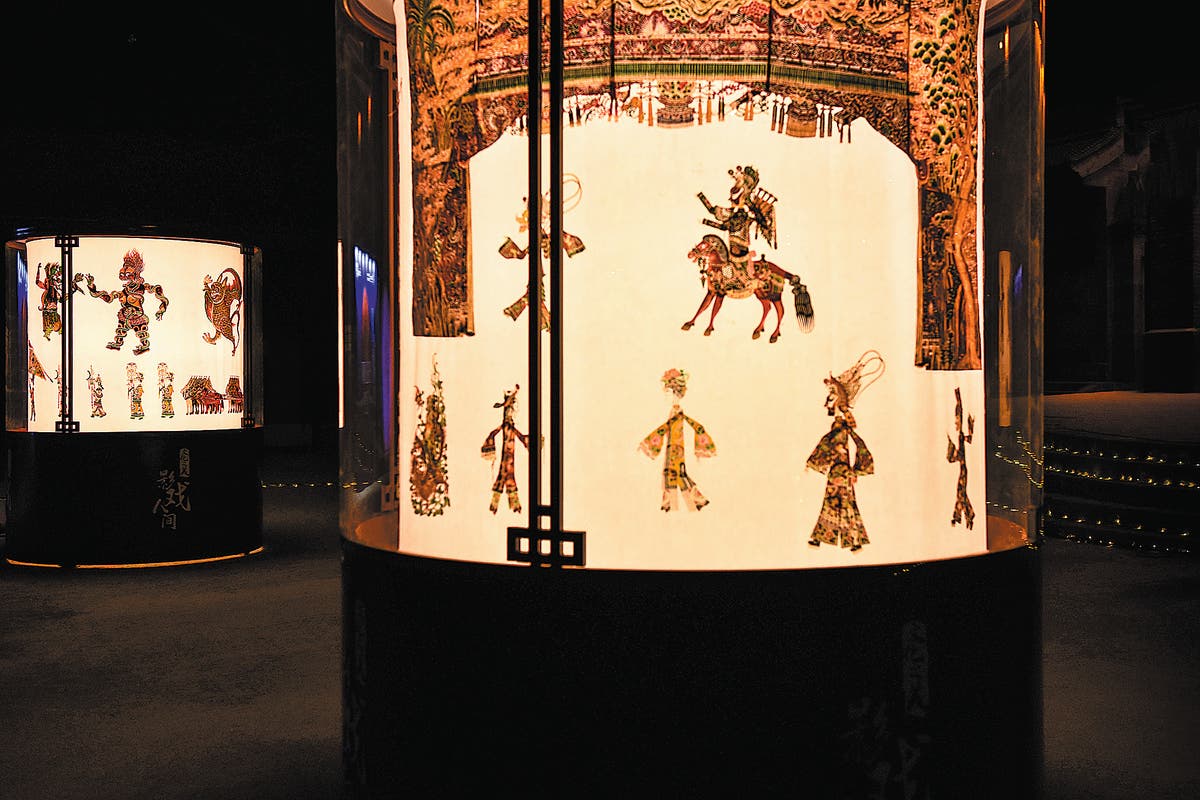 The lights go out and the show begins. Silhouettes of leather-made figurines are projected onto an illuminated screen, delineating stories to the accompaniment of musical instruments, opera-singing and storytelling.

Long before the invention of films, with the earliest text record dating back 1,900 years, the screen of shadow play provided a pioneering means of entertainment, its venues ranging from palaces to markets.

The story explores a diaspora theme. The protagonist Tang Suo, an artist who has lived in Italy for years, returns home to Yan’an, Shaanxi province, for Lunar New Year. At the reunion dinner the protagonist and his father, who disapproves of him living far from home, quarrel.

Su Dan, a professor at Tsinghua University and director of the project’s management committee, points out the complexity of innovating upon shadow play. Shadow play is a comprehensive art form that incorporates painting, sculpture, performance and Chinese opera, he said. So innovation must take all these aspects into consideration.

“The implication of this experimental play is an attempt to rejuvenate the ancient art form of shadow play and rid it of its confines.”

In the dénouement of the play the protagonist and his father reconcile, unconventionally with the Italian song Santa Lucia rendered in a Shaanxi regional opera-singing style.

As the conflict escalates, the father wants to find an effective way of communicating with his son. As the son has difficulty comprehending the dialect used in a local art form, the father chooses to sing the Italian song that is well-known in China, said the play’s director, Zhang Jian.

To get the artists to learn singing in lyrics translated into Mandarin instead of their regional dialect was difficult. It took Wang Jinfa, 79, who plays the father, about seven weeks to learn how to sing the song.

“In the old days when shadow play flourished, our village had such performances all the time,” Mr Jinfa says. “My teacher used to perform at least 300 days every year. People from neighbouring villages would come to our village in the middle of the night just to see a performance.”

Those days were his happiest, he says, when he travelled around performing and attending other performances. He is saddened by the decline of shadow play, he says. In recent years, requests for performances have declined, and he performs shows only a few times a year. Most of his students are older than 50, which is another worrying aspect.

Mr Jinfa is working with film and stage projects to innovate in shadow play, including singing Chinese opera in a play that replaced shadow puppets with real performers.

“The audience enjoyed the performance a lot, including a lot of small children. So I wouldn’t say that shadow play is too traditional and obscure. As long as the method is right, everyone can enjoy it, especially something this good.”