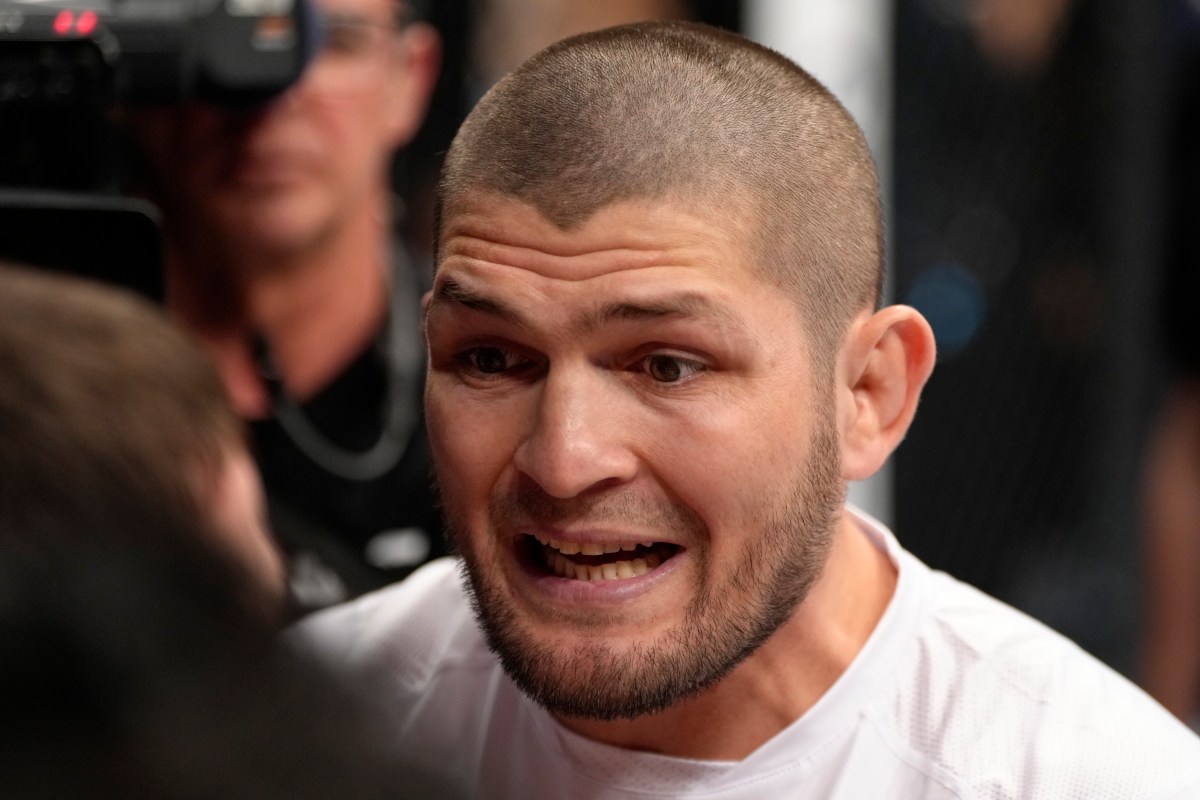 Khabib Nurmagomedov coached his cousin Umar to a win at UFC 272.

Umar, who was stepping up 10lbs to take on Brian Kelleher, submitted his opponent in the first round and he only took one significant strike in the short fight.

With almost zero damage taken, Umar offered to fight again for the UFC later this month but says he will return to bantamweight next time.

In his post-fight interview Nurmagodmeov said: “Very happy that I got a win over such a hard opponent, he’s a tough guy so I’m very happy with the win.”

Khabib, who has now been announced to be inducted into the UFC Hall of Fame in the class of 2022, was his animated self at cageside and was delighted to see his cousin grab the victory.

In true family tradition, Umar pushed the pace on Kelleher and showed off some excellent front kicks in the early stages.

Keeping true to his Dagestani roots, Umar took his veteran opponent’s back and secured a rear-naked choke at 3:15 of the opening round.

Umar moves to 2-0 in UFC and 14-0 overall but despite his impressive performance, many fans noticed that Khabib has been enjoying himself in retirement.

Khabib has been training Umar and Islam Makhachev – who was also in Umar’s corner at UFC 272 – at the American Kickboxing Academy with his own former head coach Javier Mendez.

Khabib noted several times towards the end of his career that the weight cuts down to 155lbs were always brutal for him and he walked around at about 20lbs heavier than the lightweight limit.

The legendary grappler hasn’t got to worry about weight limits any more and with the news that he will be inducted into the Hall of Fame, it seems unlikelier than ever that the 33-year-old will ever be tempted out of retirement.

The week before UFC 272, Makhachev’s opponent, Bobby Greene, joked with Khabib about his weight gain and The Eagle took it in stride.

“He come to me, he come too close and said, ‘Hey, you was lightweight?’ Something like this you know,” Khabib laughed.

“But why I have to be lightweight?”

Khabib at walking weight might be the most dangerous looking human being on earth. Guy looks like an absolute tank.

Khabib getting a little weight on him ! Enjoy retirement King #UFC272