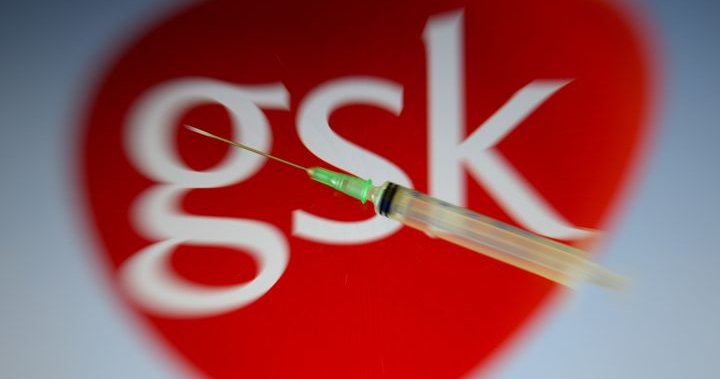 A treatment for COVID-19 could prove pivotal as the only monoclonal antibody drug that appears to be effective against the highly transmissible Omicron variant, which is rapidly contributing to record case numbers in nearly every Canadian province.

The sotrovimab drug by GlaxoSmithKline was approved for use by Health Canada back in July and is only given to COVID-19 patients at high risk of severe illness leading to hospitalization, or dying because of age or medical conditions. It is administered intravenously.

Standard drugs used to fight COVID-19 may not work against Omicron: U.S. doctors

Sotrovimab, along with Eli Lilly’s bamlanivimab and Regeneron’s antibody cocktail of casirivimab and imdevimab, is among three monoclonal antibodies that have been used in Canada since the start of the pandemic.

But with Omicron neutralizing the effect of other monoclonal antibody treatments and quickly becoming the dominant strain of the virus in Canada, there is greater urgency to stock up on sotrovimab supply.

“There is an incredible global demand for this drug, considering it’s the only effective monoclonal for COVID-19 with Omicron,” said Dr. Zain Chagla, associate professor at McMaster University.

Regeneron’s antibody COVID-19 treatment is popular in the U.S. — why not in Canada?

Chagla, who is an infectious disease physician at St. Joseph’s Healthcare Hamilton, said his hospital has given about 60 or so doses in the last two to three weeks alone.

“Because there’s a limited capacity, we’re trying to pick patients where there’s a five to 10 percent risk of ending up in hospital,” he said.

In an emailed statement to Global News, Health Canada said it will look for opportunities to increase the supply of sotrovimab as it becomes available from its British manufacturer GlaxoSmithKline.

“The government continues to work with provincial and territorial partners to identify current and anticipated demand for effective COVID-19 therapeutics,” the agency said.

Like other monoclonal antibodies, sotrovimab is a direct shot of antibodies targeting the virus that causes COVID-19.

It is designed to block the virus from attaching to and entering human cells. This can help people who have already been infected better fight the virus, lessening the chance of severe illness and hospitalization.

Coronavirus therapeutics: A look at COVID-19 treatments in Canada

Treatment involves a one-hour intravenous infusion of 500 mg of sotrovimab, said Chagla. The patients are typically monitored for another hour afterwards for allergic reactions.

Sotrovimab can only be given by a healthcare professional in a monitored setting to make sure the patient tolerates the medication without having any serious side effects, said Dr. Donald Vinh, an infectious disease specialist and a medical microbiologist at the McGill University Health Centre (MUHC).

1:49
The role antiviral medication could play in fighting COVID-19

The role antiviral medication could play in fighting COVID-19 – Dec 6, 2021

For sotrovimab to be effective, there is a “defined window period” of five to seven days from the onset of symptoms when it should be given to the patient, said Vinh.

“These monoclonal antibodies are actually proven to be quite effective in the early phases of illness,” he said.

Experts say sotrovimab should be given to people who have tested positive for COVID-19 and are at high risk of developing severe illness, including the elderly, cancer patients, immunosuppressed individuals, those undergoing chemotherapy or dialysis as well as transplant recipients.

Its “biggest benefit” for people is before they end up in the hospital, added Chagla.

In a recent randomized clinical trial, among 1,057 patients, hospitalization longer than 24 hours or death was reduced by 79 per cent with sotrovimab. The results, not yet peer-reviewed, were published on a pre-print server.

“Administered in the right context and the right patients, we see a 70 to 80 percent reduction in hospitalization among those high-risk patients,” said Chagla.

However, on the flip side, for some people who have progressed to moderate to severe disease, sotrovimab may not provide any beneficial effect, said Vinh.

Side effects from monoclonal antibody drugs are rare and include fever, headache and rigors — an episode of shivering and feeling very cold. There is also a small risk of an allergic reaction.

2:02
Antibodies only half the story of vaccine protection: experts

Antibodies only half the story of vaccine protection: experts – Oct 1, 2021

Is it effective against Omicron?

Compared to other monoclonal antibodies, sotrovimab has had better success in neutralizing the Omicron variant, according to early data and experts.

“It’s one of the only monoclonal antibodies that over time has maintained activity against all of the different variants of COVID that have emerged so far,” said Dr. Emily McDonald, associate professor of medicine at the McGill University Health Centre (MUHC).

Omicron FAQ: Everything you need to know about the COVID-19 variant

“Whereas, many of the other monoclonal antibodies have lost their activity with the emergence of new variants,” she added.

This is because sotrovimab was created to bind to an element of SARS-CoV-2 shared with SARS-CoV-1, the virus that causes SARS, McDonald said.

“This seems to be one part of the virus that doesn’t tend to mutate,” she told Global News.

“It seems to be a very preserved target even when the virus mutates.”

Chagla said sotrovimab has an advantage over other antibody treatments because it targets the receptor-binding domain of the spike protein of the virus — which is responsible for cell entry — that has not undergone mutation with the Omicron variant.

“The recommendation across many international bodies has been to consider this a very active drug against Omicron and give it to those high-risk patients for which we were using other monoclonal antibodies in the past,” he said.

How provinces are using sotrovimab

Because there’s a limited supply, provinces are rationing the drug and rolling it out based on set criteria.

In November 2021, Alberta started to give sotrovimab to some COVID-19 patients who presented mild to moderate symptoms.

Sotrovimab is to be used in immunocompromised patients who have a positive PCR test, if they can receive the treatment within five days of the onset of symptoms, according to the Alberta Health Services website.

Unvaccinated individuals who are aged 55 and above, adults with pre-existing health conditions or pregnant women are also eligible for sotrovimab treatment in the province.

1:56
Alberta begins use of monoclonal antibody treatment to prevent severe outcomes of COVID-19

Vinh said Quebec has been using monoclonal antibodies, such as sotrovimab, for a while now.

Quebec’s Institute for Excellence in Health and Social Services (INESSS) recommends the drug be given within five days of symptoms to adults who do not require oxygen and who have one or more risk factors for disease progression.

The Institute also says sotrovimab can be used in unvaccinated or partially vaccinated patients as well as patients who are immunosuppressed, regardless of vaccination status.

“Do not routinely use sotrovimab in fully vaccinated patients unless immunosuppressed,” INESSS states in its guidelines.

In Nova Scotia, sotrovimab is being used on a case-by-case basis in individuals with non-severe COVID-19, confirmed by a positive COVID-19 test, who are at high risk for progression to severe disease, Brendan Elliot, a spokesperson for Nova Scotia Health, told Global News.

The province has received a supply from the federal government to treat 289 individuals, he added.

1:46
COVID-19: surge in US cases fuels demand for rapid tests, some treatments

Meanwhile, in Saskatchewan, monoclonal antibody treatment is prescribed to COVID-19 patients who have not been vaccinated and certain immunocompromised or immunosuppressed COVID-19 patients regardless of their vaccination status, according to the provincial website. Those aged 55 and above or adults with specific high-risk co-morbidity can be given the drug within five days of being symptomatic.

Saskatchewan currently has a stock of 426 vials of sotrovimab across different pharmacy locations.

“More than 700 vials of sotrovimab 500 mg, designated for Saskatchewan, remain with Public Health Agency of Canada (PHAC),” the Ministry of Health told Global News in an emailed statement.

“We have not yet requested these doses in Saskatchewan as current pharmacy supplies have been adequate to meet demand.”

So far, sotrovimab has not been used to treat COVID-19 patients in Yukon but the territory is working with its clinical teams to assess its potential use in the future, said Matthew Davidson, spokesperson for Yukon Hospitals.

To help ease off the pressure on the healthcare system, Canada should try to make sotrovimab along with other COVID-19 treatments, readily available to provinces, said Chagla.

“Knowing that we have limited healthcare capacity … there should be many, many doses coming into Canada, as many doses as we can.”