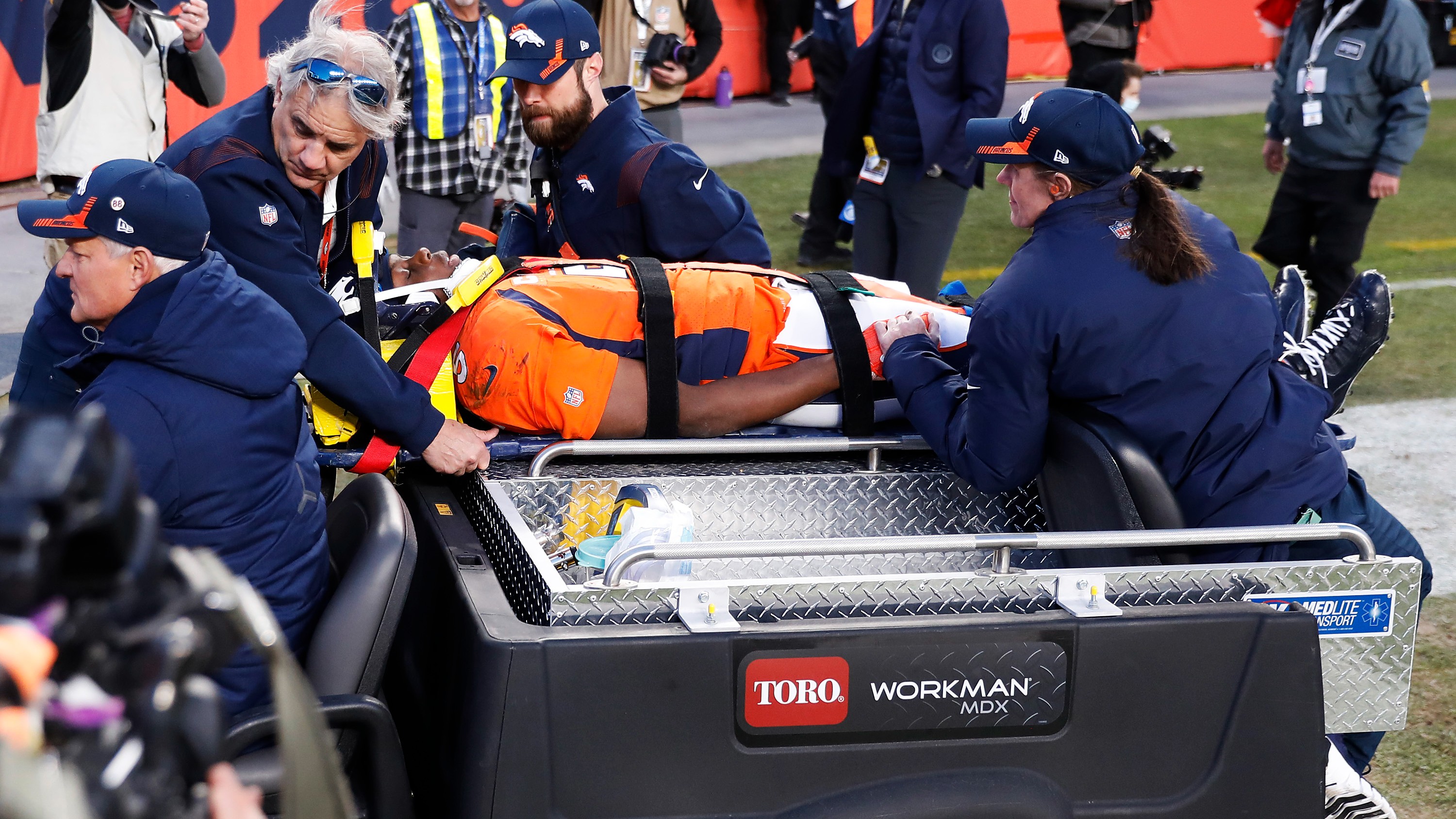 Teddy Bridgewater suffered a serious-looking head injury Sunday in the Broncos’ Week 15 game against the Bengals.

Bridgewater was hurt after a first-down scramble in the third quarter. He took off when he saw a running lane before being tripped up by Bengals linebacker Joe Bachie.

MORE: Where Lions’ win over Cardinals ranks among NFL’s biggest upsets of 2021

The Broncos quarterback went airborne and then

Here’s the play Teddy Bridgewater was hurt on.

The cart is coming out for him.

Thoughts and prayers up for the #Broncos QB 🙏

” target=”_blank”>was hit hard by another Bengals defender while falling to the ground. Bridgewater dropped the ball and lay motionless on the ground. Denver team medical personnel came out to treat him.

Bridgewater’s face mask was removed from his helmet and he was carted off the field on a backboard. He was taken to a local hospital by ambulance, Evan Washburn reported on the CBS broadcast of the game.

Pro Football Talk’s Mike Florio, citing team sources, reported during NBC’s “Football Night in America” that Bridgewater suffered a concussion. Denver coach Vic Fangio told reporters after the game that Bridgewater would remain hospitalized overnight for further testing but everything to that point had “checked out well.”

Bridgewater finished 12 of 22 passing for 98 yards and 10 rushing yards on three attempts. He was replaced by backup Drew Lock, who led the Broncos on their first touchdown drive of the game on his first drive.

Lock battled with Bridgewater for the starting job during the offseason. He had appeared in two games before relieving Bridgewater Sunday, completing 16 of 28 passes for 139 yards and two interceptions. He will become the Broncos’ top quarterback if Bridgewater misses time with his injury.