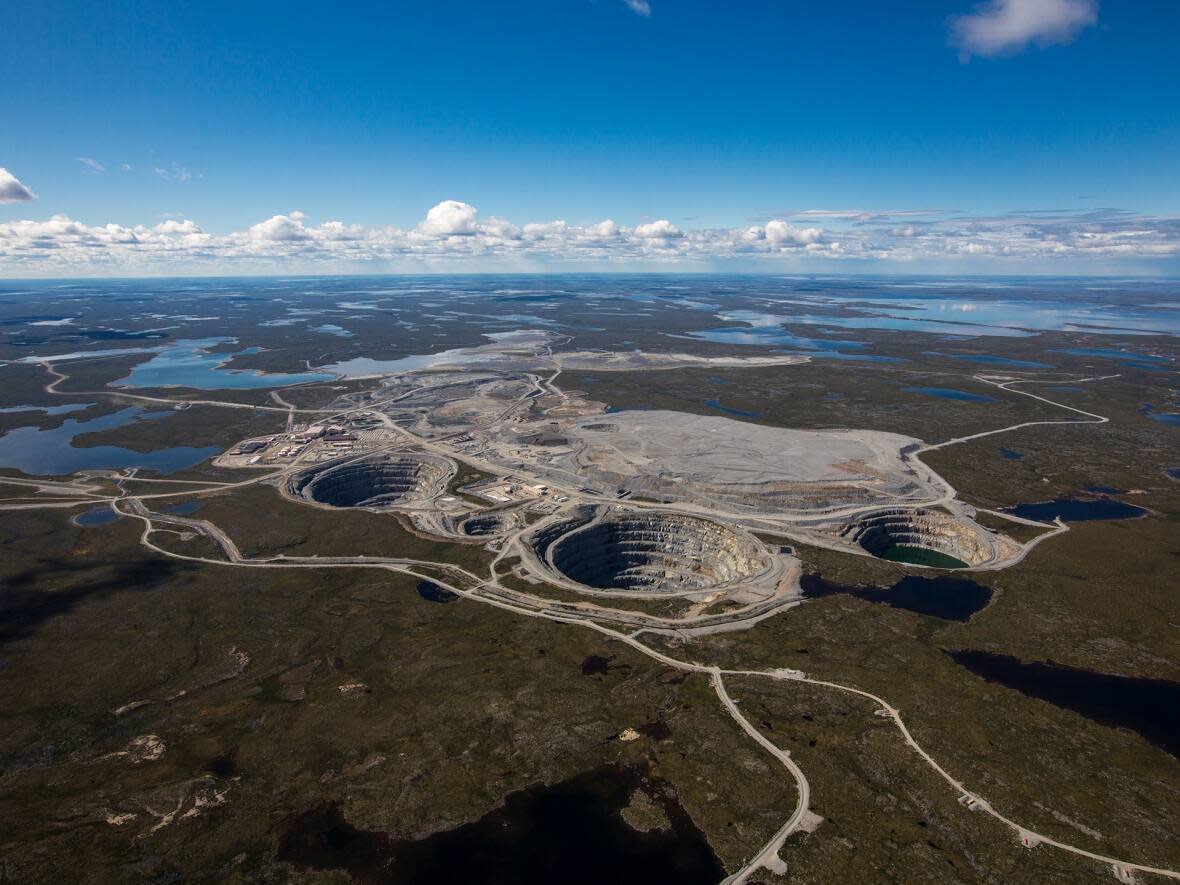 With the years ticking down on the future of two of the Northwest Territories’s biggest mines, one owner says the life expectancy may be increased through the use of a new technology to the North — underwater remote mining.

Rory Moore, the newly appointed president and CEO of the Arctic Diamond Company, which owns Ekati Diamond mine, is hoping to test trial a piece of equipment he called “the crawler” by 2023.

Moore gave an update on Ekati during an annual geoscience forum in Yellowknife Wednesday organised by the NWT & Nunavut Chamber of Mines, the government of the Northwest Territories and the Canadian Northern Economic Development Agency.

“If we get this technique right, which I’m very confident we will, we’ve got decades of successful mining ahead for Ekati,” Moore said during a virtual appearance.

It operates on four suspended tracks, with a rotating drum in the middle equipped with a blade to cut through the kimberlite, with an auxiliary cutter on the side.

Behind the drum, a big hydrophilic pump sends the cuttings up the line to the surface and then onto a dewatering plant.

Moore said the company is planning to test the system over two years beginning in 2023 on the Lynx pit at Ekati.

He said the company envisions taking 150,000 tonnes of kimberlite in the trial, producing $25 million in revenue.

The idea is to then fine tune the technology and use it on the Sable pit by 2026.

Right now, the plan is to continue to carry out conventional mining at Sable until 2024, then over the course of two years, flood the pit and in 2026, send in the crawler to scoop out the remaining kimberlite.

Moore said the crawler could operate for about six months of the year during the warmer months.

As the company digs deeper into ore bodies, Moore said the value does not support traditional mining techniques.

“The future beyond 2028, we have no conventional mining planned,” he said.

“The operation at Ekati will be 100 per cent underwater remote mining.”

The future of another major mine in the territory was discussed at the forum.

The president and CEO of Diavik Diamond Mine, Richard Storrie, provided an update Wednesday, a week after Rio Tinto became the sole owner of the mine.

The mine is still on track to shut down operations in 2025, and Storrie said discussions will take place in the next couple of weeks to “re-imagine closure.”

He said those discussions will involve northern stakeholders and government, and will focus on the site’s future as well as employment possibilities beyond its closure.

The mine employs 1,100 people Storrie said, including 486 northerners.

He said once the mine closes, there will be about two to three years of work demolishing buildings along with some rehabilitation work, followed by ongoing environmental monitoring “for decades to come.”

“We are committed to close, and so unless there is something that is significant and clearly a prospect that will be developed, then closure will happen” he said.

“But that said, there are kimberlites in this part of the world. We will continue to explore.”