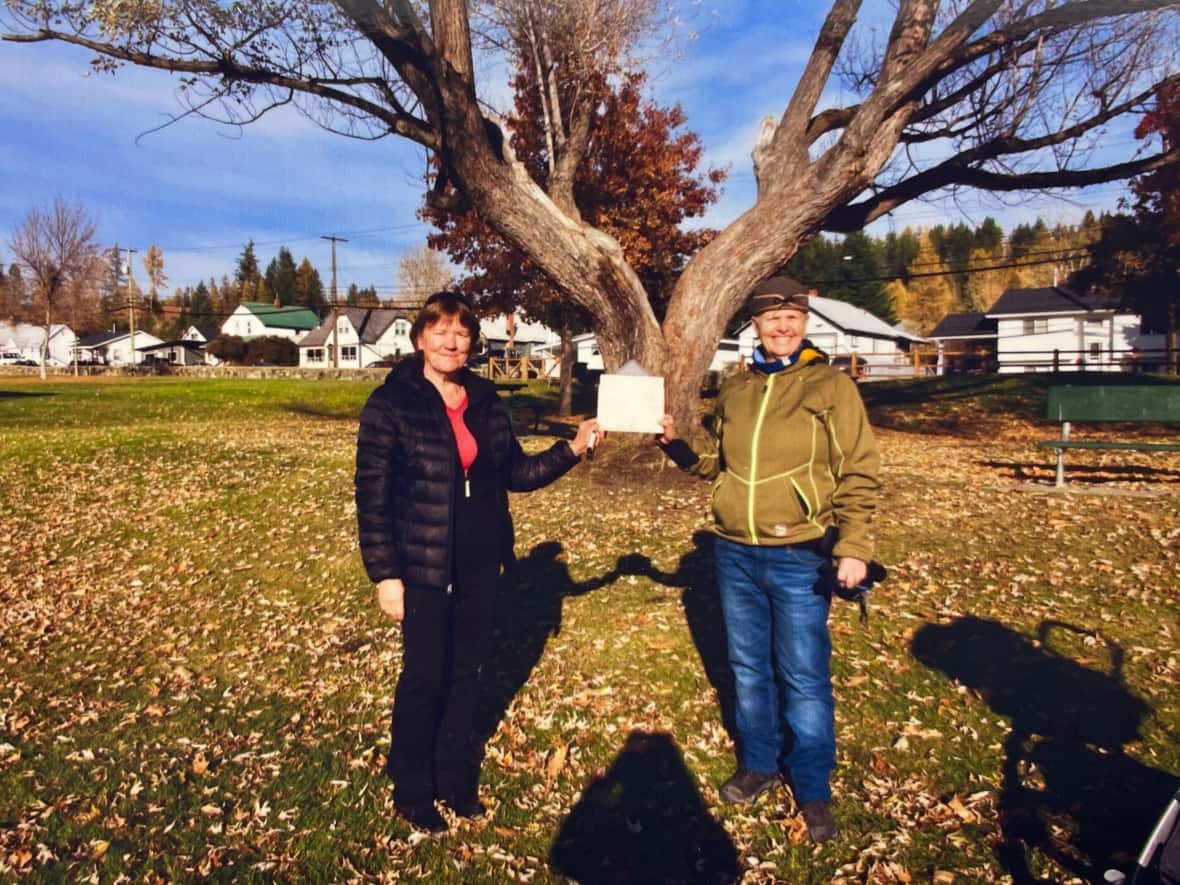 For two women in eastern B.C., this Christmas marks 57 years of a holiday tradition they have been part of since they were little.

Catherine Crewe and Nancy Nester have been exchanging the same Christmas card since they were five.

“It’s like having a long-term pen pal in the way I know what she’s up to and what she’s been through, and it is kind of cool,” Nester, who lives in Invermere, told host Sarah Penton on CBC’s Radio West.

The pair, both in their 60s, inherited the tradition from their mothers — good friends who had worked together as secretaries at a tire company in Toronto.

Nester’s parents later relocated to Lethbridge, Alta., where Nester was born in 1959. She says her mother was the first to sign the card, which she sent out in 1960.

“My mother said she had a new baby and she knew that Catherine’s mother had a new baby, so she sent her a lovely Christmas card,” Nester said.

The following year, Crewe’s mother signed the card and sent it back to Nester’s mother.

The year after that, Nester’s mother added a twist to the tradition: she signed using her daughter, Nancy’s name instead.

Crewe’s mother did the same in 1963, and in 1964, when they were five and knew how to write, their mothers had them sign the card themselves.

“Our printing [went] from being really elementary to a little tidier,” Nester said of their signatures over the years.

Nester has since sent the card during even-number years, while Crewe has sent it during odd-number years. Neither have missed a year.

It wasn’t until both women had moved to Western Canada — in their 20s — that they met in person, says Crewe, who lives in Fernie.

“I was glad that Nancy had come out west and was living here now so that she was closer,” she said.

Last year, they met in Kimberley, B.C., where Nester hand-delivered the card to Crewe.

Crewe says she treasures the tradition with Nester, something she does in memory of her mother, who has passed away.

“It is definitely in her memory because of her foresight,” she said. “She’s still here and, you know, she’s part of this. … These two women so long ago kept this up for their daughters, which I think is just remarkable.”

Nester says her mother, who is still alive, is proud the daughters are keeping up the tradition.

“It just gives her joy to think that it’s still going after all these years,” she said.

According to the Guinness World Records, Warren Nord and Thor Andersen in the U.S. hold the record for the longest greetings card exchange at 57 years, from 1930 to 1987.

But Crewe says they’re not trying to break the record necessarily. “We’re just going to keep passing it back and forth and back and forth,” she said.